Opinion The pension age is rising to 70: a case of one size fits some

It’s unrealistic and unfair to expect everyone to have the same retirement age, as it can can disadvantage groups with a systematically lower life expectancy, in particular the poor, writes Rafal Chomik. 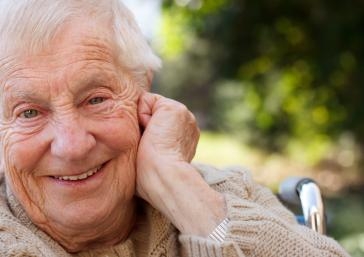 OPINION: Australian Treasurer Joe Hockey has confirmed the pension age will rise to 70 by 2035, meaning all Australians currently aged under 50 will be affected.

It follows a recommendation from the Commission of Audit to link the eligibility age with average life expectancy, which suggested a slower increase, reaching 70 by about 2053.

The move will not have an impact on the immediate budget since changes are expected in the medium to long term. If the previously legislated increases – from age 65 to 67 between 2017 and 2023 – were sped up, the policy may yet affect the last two years of the forward estimates, 2016-17 and 2017-18.

Such pension age increases have been the most common type of retirement system reform across the OECD. The majority of developed countries have legislated an increase in pension age to at least 67 years by 2050. A link to life expectancy would see Australia follow the lead of other countries such as Denmark and the Czech republic.

The reason for increasing the pension age, as argued by Joe Hockey (and others, including the previous Treasurer, Wayne Swan, in 2009) is that we are living much longer than when the age pension was first devised 100 years ago, and that on its current trajectory the pension cost is unsustainable.

While the financial case is strong, there are a number of equity concerns with the measure. To many, it seems unfair to delay retirement from laborious jobs, to expect older workers to cope with a labour market that discriminates and employers who don’t invest in their training, and to restrict the pension budget while ignoring the increase in regressive tax advantages of super.

These issues aside, one glaring equity concern, as recently also described by Peter Whiteford, is that a single pension age to fit all people can disadvantage groups with a systematically lower level of life expectancy, in particular the poor. The pension means-test may limit the financial inequity (meaning the rich do not necessarily benefit from more years of pension receipt), but even so, the poor will on average spend fewer years enjoying retirement.

North West Victoria, with the lowest average salary has a life expectancy of 4.7 years less than North Sydney-Hornsby – part of Joe Hockey’s electorate, which has both the highest salaries and life expectancies.

Differential pension ages have previously existed for different groups in society. This was common in East Europe even until recently, but, as with gender-based age differences (which actually led to lower retirement incomes for women), the practice seems in itself unfair and arbitrary. For example, in 2010, half a million people in Belarus took advantage of early retirement programs that privileged certain groups, including tractor drivers, people with dwarfism, and actors.

And despite the differences, life expectancy is increasing even among the poor. Their mortality improvement appears to be slower than among the rich, but on the face of it, the relationship between incomes and mortality improvements seems weak (see figure, right panel). For example, the Queensland outback was the only area with a drop in life expectancy in the five years to 2011, but the Northern Territory outback saw a far greater gain than North Sydney-Hornsby.

Can a higher pension age affect life expectancy itself? While retiring may lower stress it could also lead to a loss of social networks and reduce physical and mental activity, with potentially mixed results for life expectancy. A recent study shows that being forced out of work and into retirement through a redundancy is more of a concern than a higher pension age, which is shown to have no adverse impact on population mortality.

Given that various groups are seeing improvements in life expectancy over time there is an argument to adjust the pension system to retain its integrity. Unless the economy becomes more productive, the young pay higher taxes, the old accept lower benefits, or we spend less money in other parts of the budget, pension age and later retirement is an obvious adjustment.

A lower superannuation access age and working-age benefits would continue to act as a safety valve for those unable to work. But the inequity of a single pension age in the face of differing life expectancy is best tackled through the health system. Unfortunately, unlike some other countries, Australia has not had a major inquiry into health inequalities by socio-economic status and the policies that would address them.

As Joe Hockey discusses pension age increases alongside greater co-payments for healthcare, the connection between the two is seldom made. According to some, co-payments may exacerbate health inequalities. If so, a single pension age will suit fewer still.

Rafal Chomik is a Senior Research Fellow in the ARC Centre of Excellence in Population Ageing Research, UNSW.

Retiring at 70 was an idea well ahead of its time