Opinion Plenty of pluses in a longer working life

Retiring should be happening later, not earlier, and and we should use the policy levers we have to make this happen, writes John Piggott. 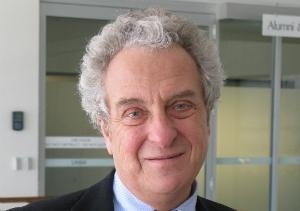 OPINION: All around the world, governments are trying to get workers to work longer. Australia is no exception.

Population ageing – increasing longevity combined with lower fertility – will generate massive increases in the per worker fiscal cost of supporting people in retirement and old age, unless we work for longer. This is a calculus most governments now appreciate, at least in theory.

It focused mainly on the short to medium term. Chris Richardson, from Access Deloitte, analysed what might happen with increased labour force participation over the next decade. This is surely of great interest. Participants pointed to the value of older workers, their mature judgment, their reliability and their loyalty, and how workplace culture is changing.

But the shifting demographic underpinning the push for working longer plays out in the long term. By 2050, the 65-plus population of Australia will have doubled, and the 85-plus group will have increased by a factor of four.

So how is it that the average Australian retirement age, according to figures from the Organisation for Economic Co-operation and Development (OECD), is lower by three years compared with 40 years ago? Six years down, to the early 1990s, and then three years up over the last decade. Especially when, according to the Australian Government Actuary, Australia’s life expectancy has been increasing significantly. It now stands at 23 years for 60-year-old males, and 26 years for females, among the world’s highest, and our healthy life expectancy’s been going up too.

International experience indicates, and Australian experience supports, the idea that the single most important determinant of retirement age is the age you can access your retirement income. The OECD estimates that Australian labour force participation moves from a highly respectable 82 per cent for the 50-54 age group to 53 per cent for those aged 55-64, and then plummets to 25 per cent for ages 65 to 69.

This alignment between access age and falling labour force participation is no coincidence.

To take just one cross-country comparison, New Zealand’s mature labour force participation rate climbed rapidly over the last 20 years, to 76 per cent for ages 55-64, as age pension access there increased from 60 to 65, with no widespread superannuation to buttress it. It is now higher than Australia’s, whereas 20 years ago it was lower, at least for males.

Increasing the tax-free super access age is seen as challenging by governments. It was ruled out of the terms of reference for the Henry tax review, and is generally viewed as too politically costly to adjust.

The social cost of this policy paralysis is very high. In a just-released research brief from the ARC Centre of Excellence in Population Ageing Research, Rafal Chomik and I calculate that GDP would be 4 per cent higher if our mature age participation rates were like New Zealand’s.

It follows that once you leave the labour force at a mature age, re-entry is likely to be difficult.

Labour force attachment is worth much more than just the wage you get. People may wish to re-enter because, having retired, their circumstances change, or they find they have miscalculated their finances.

These hazards will occur much more frequently when there is a seven-year gap between tax-free superannuation and the age pension, which is where we’re heading on current settings.

Relative to 40 years ago, current mature age workers are healthier and can expect to live much longer. And for the most part, the work they do is less physically demanding. Retiring should be happening later, not earlier. And we should use the policy levers we have to make this happen.

Professor John Piggott is director of the ARC Centre of Excellence in Population Ageing Research at UNSW.