Opinion The power of proximity in the Asian Century

Australia is now entering its fourth wave of engagement with Asia, and the Asian Century White Paper provides the road map for the new steps in this journey, writes Tim Harcourt. 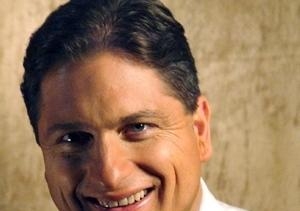 OPINION: Nearly half a century ago, Geoffrey Blainey's The Tyranny of Distance argued that Australia's geographic position shaped our psychological attitudes. The long distance between Australia and our colonial forebears in Europe, and also the United States, made us unsure of our future economic prosperity.

At about the time Blainey was writing, Donald Horne's The Lucky Country described a resource-rich Australia that lacked intellectual confidence and the capacity to make the most of its natural endowments. Horne said too that a reluctance to engage with Asia would harm Australia politically, socially and eventually economically.

In these years, however, Japan had already succeeded the United Kingdom as Australia's major trading partner; the Australian economy had begun its long journey toward greater engagement with the Asia-Pacific.

Australia's post-WWII economic relationship with Asia can be examined in terms of four 'waves'. This is a story of how, through incremental steps marked by some crucial breakthroughs, Australia has replaced the tyranny of distance with the power of proximity.

In 1957, just 12 years after the end of World War II, Australian trade minister John McEwen signed a commercial agreement with Japan. This agreement gave Australia a 'beachhead' in Asia, and launched the Australian tradition of bipartisan support for increased trade engagement with the region.

There followed a flurry of trade and, later, investment between Japan and Australia. By 1966 Japan had surpassed the UK in our trading partner ranks - and Japan was transforming itself from a nation devastated by war into a huge and affluent economy.

As Japan re-entered the world economy, followed closely by South Korea and the other 'Asian Tigers', China remained closed to the world with little economic engagement outside its borders. Australian relations with China, however, warmed dramatically after Gough Whitlam visited Beijing (then Peking) as leader of the opposition in 1971 and formally established diplomatic relations when elected prime minister in 1972.

Whether because of this early recognition, or of our support for China's entry into the World Trade Organisation, China regards Australia as a key economic partner - and China has now overtaken Japan as Australia's number one trading partner.

Lee Kuan Yew's admonitions came back to haunt Australia in the recession of 1982-3 when, despite a resources boom, the economy was stagnating beneath double digit unemployment and inflation. In response, government reforms opened up the Australian economy and oriented it even more toward Asia - and did so while maintaining social harmony through a Prices and Incomes Accord with the Australian Council of Trade Unions (ACTU).

The exchange rate was floated, financial markets were reformed, and universal health care and superannuation were introduced alongside education reforms aimed at boosting skills and productivity. Many of these reforms - particularly in finance and superannuation - underpinned the strength of Australian financial services exports in the region.

As for trade, the tariff wall that had kept Australia isolated and uncompetitive for a century was taken down brick by brick. Australia supported trade liberalisation through the GATT/WTO and the creation of APEC, and via other Asia-focused regional economic institutions.

The fourth wave: Global engagement in the Asian Century

Now Australia is entering its fourth wave of engagement with Asia. The Government's Asian Century white paper provides the road map for the new steps - really leaps - in our journey.

In terms of trading partners, just as China superseded Japan - which had previously taken over from the UK - so further realignment of the global economic order will again alter Australia's trading patterns. The emergence of several ASEAN states, in addition to the new Asian giants - China and India - will take us through this new phase of engagement.

As to the nature of our relations with Asian partners, this wave will look very different. First, we are now well situated within established Asia and are able to expand into emerging Asia. We have formed beachheads in ASEAN, China and India as well as Japan, and now some of the frontier markets - including Laos, Cambodia and Myanmar in the Mekong Delta and Mongolia and Kazakhstan in Central Asia - are opening up.

Secondly, whilst our larger corporates have already formed strong relationships in Asia, the nature of global supply chains and open regionalism means that Australian small and medium-sized enterprises (SMEs) will become increasingly enmeshed. These SMEs are already joining global supply chains, engaging in strategic alliances and joint ventures, and setting up franchises across the region. New research from Sensis shows that of those Australian SMEs that export, 27 per cent now export to ASEAN and Asia provides seven out of ten of our top SME export destinations.

Thirdly, whilst the first three waves of our engagement with Asia have been focused on 'rocks and crops' (mining and agriculture), steel and iron ore, and pumping LNG offshore to the region, services will now play a more important role, despite facing some significant competitive challenges. 'Rocks and crops' will continue to provide the lion's share of our export revenue to Asia - but our 'points of engagement' with Asia will expand as services trade promotes broader and deeper people-to-people relationships.

Services complement the role that 'rocks and crops' and advanced manufactures play in our trade; they are not a substitute for (or alternative to) them. Goods exports build a platform that enables services trade to grow throughout the region and bring with it opportunities for investment, niches for SMEs, and richer global and regional integration.

There are numerous significant external factors that will affect the fourth wave of Australia's engagement with Asia. For example, demographics will matter a great deal, in the region and at home.

As younger Australians engage with Asia through education and exchange, technological advance and social media, the nature of their relationship with Asia will be different from that of previous generations. Demographic change in Asia will mean more opportunities for Australian services providers in the traditional areas of education and tourism, but also in areas focused on wellbeing.

In India, youth culture and a growing middle class is generating opportunities for retail franchises in massive shopping malls. Demographic change in Asia will also affect savings levels and opportunities for Australia's growing financial services sector; the ageing populations of Japan, China and South Korea will increase the size of the savings pool to be managed and the young populations of India, Vietnam and Indonesia will require student loan facilities.

Of course, there will be challenges as we pursue the fourth wave of Asian engagement, particularly given the ongoing risk and potential for external shocks within the global economy after the GFC.

Climate change poses a serious threat, though it also represents an opportunity for Australian environmental services exporters. Those engaged in sectors like green building and environmental transport and infrastructure are well-equipped to assist China, India and Indonesia in reducing carbon emissions - and doing so as they grow their economies and pull their disadvantaged out of poverty.

Australia's economic relationship with Asia has taken many twists and turns, as we have grappled with the tyranny of distance and the changing economic landscape of the region. From our post-war engagement with Japan and recognition of China in 1972 - and then the transformation of our own domestic structure in the 80s and 90s to become one of the world's most open and successful economies - Australia now embarks with cautious optimism on a new phase.

As the white paper shows, there are some positive early signs from this fourth wave of Australia's engagement with the region; signs that we are really starting to benefit from the power of proximity in the Asian Century.