Confronted with poor productivity growth and middling economic performance, it’s time for Australia’s managers to step up their game and skill up, writes Rosemary Howard. 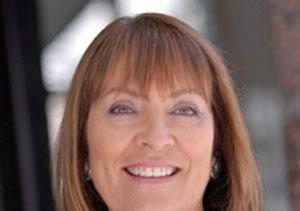 OPINION: As Australian economists and thought leaders continue to ponder what will happen when the resources boom ends, declining productivity levels are causing alarm.

According to the global survey by the Economist Intelligence Unit (EIU), Australia is lagging behind in workplace performance and flexibility for employers. The index also suggests Australia is wading on economic performance at 34th spot, behind Argentina and a host of developing nations including Botswana, Uganda and Kenya.

Author Donald Horne’s 1964 book, The Lucky Country, described Australia as a nation whose affluence and development was attributable to its abundance of natural resources, not the endeavours of its people. Despite flirting with slogans such as the “Clever Country” and the “Education Nation” in recent decades, Horne’s assessment of Australia still rings true.

Australian business has not been an early adopter of the massive changes brought by social networking, nor is it keeping up with other developed nations in terms of shifting a higher percentage of the economy to being transacted online. These technological changes have been shown to empower customers and employees and create an unprecedented level of transparency, along with productivity growth.

There are positive points about Australian management that are widely admired and deliver results. Australians have a relatively open style. We say what we think and are not held back. We listen to each other and engage in reasonably honest conversations. We form teams naturally, and global academics comment on the phenomenon of boards operating as “board teams” in Australia, which is comparatively unusual. I would argue that these attributes, which put Australians in demand globally as leaders, are natural or intuitive in Australian culture.

However, Australian leaders need more methodology and learning from leading practice frameworks to move to the next level in business, locally and globally. In 1995, the Karpin Report concluded that Australian business needed to develop a more positive enterprise culture through education and training. It identified the importance of leadership and management skills, as well as technological innovation, in driving productivity performance. Our lack of rigour remains as critical now as when these issues were first identified.

There are numerous statistics that highlight Australia’s poor productivity performance in comparison with peer nations.

In terms of public expenditure on education – as a percentage of GDP – Australia ranks 25th out of 33 OECD nations. When it comes to collaboration between tertiary institutions and business, Australia ranks 27th among the European Union’s 27 nations.

Yes – right at the bottom. The EU average is almost four times the Australian measure. Also the education levels of Australia’s workforce generally do not compare well with other advanced economies. We have half the number of people with masters Degrees or PhDs versus the US or the UK and one-third the level of Germany.

Another widespread misconception among Australian managers on the issue of operational excellence is that it equates to “saving dollars”. However, focusing just on the bottom line is not the way to transform organisations. Cutbacks do not deliver to customers in a way that sustainably advantages the business.

If a business is doing what it did yesterday, but just doing it a bit more cheaply, that’s not going to give any long-term competitive advantage and it’s not going to make that business more successful in the marketplace.

Strategic operational excellence or productivity is what we need to be talking about; excelling in what customers value and omitting the work that holds little or no competitive value.

Leadership remains a key issue and this is tied to levels of education. There’s a dangerous disdain for business management methodologies such as Lean Six Sigma, which continue to be viewed as “jingoistic tools” imported from the US or Japan. But we need a holistic approach, and Lean can give us a strategic staircase to a high-level overview that frames the management journey.

We need an educational paradigm shift lifting the percentage with higher degrees – Masters and PhDs – and to commit to ongoing learning (particularly at executive and management levels) as a way of continual growth and improvement for individuals, teams and organisations.

Australia may take pride in being very “school of hard knocks” competent, but our leaders rarely have the same broad exposure to latest theories and best practice thinking as our counterparts in the UK and the US.

If we don’t know what we don’t know, we won’t learn from leading frameworks and best practice, which can enable us to be globally competent.

To improve productivity, we have to lead the way from the top, and after decades of revelling in “the Lucky Country”, Australia’s managers need to skill up.

How the gender balance increases the company bottom line

Lessons from the frontline in leading through a crisis