Opinion The profit and loss of education

If Australia wants to defend its place in the global higher education market, it will need to find new ways to attract Asian students, writes Geoffrey Garrett. 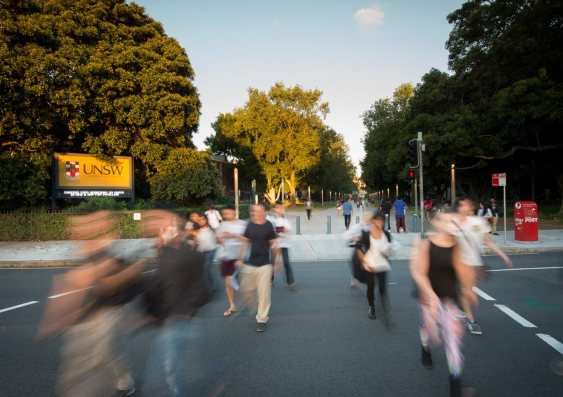 OPINION: As I prepare to take up the deanship of The Wharton School, I have been reflecting on the differences between business education and higher education more generally in Australia and the US.

The structural forces shaping universities are the same as those changing business. The combination of ­globalisation and technological change represents a brave new world, but with ­dislocations too. But there are at least four key differences between Australia and the US when it comes to the on-the-ground realities of higher education.

Elite US private institutions such as Wharton have long recruited students globally. But they are more concerned with quality than revenue, using big scholarships to attract the best talent.

UNSW and its Australian peers offer quality education. But we don’t have the ­global brand power of Berkeley or Michigan, a problem in hyper-brand conscious Asia. If Australia wants to defend its place in the global higher education market, it will have to think about new ways to attract Asian students.

Australian universities are already using dual degrees with Asian universities. They are also improving residential facilities and student services. But innovative uses of technology and more opportunities for “doing” rather than just studying must be added.

The second difference concerns philanthropy, with private giving to US universities at least an order of magnitude greater than here. The University of Pennsyl­vania, of which Wharton is a part, recently completed a five-year philanthropy campaign that raised more than $4.5 billion.

Westpac’s $100m fund to provide 200 university scholarships a year is a fillip that should not be used to justify federal funding cuts. With tight government budgets likely for a decade or more, growing philanthropy is a critical priority for Australian higher education.

My third observation concerns research. The Group of Eight has shown that the funding available to our best researchers falls far short of the US and ­Europe. But there is another, crucial, piece of the puzzle where Australia lags well behind the US — supporting the full costs of research. In addition to the direct costs (research time and equipment), research requires lots of indirect support (from buildings and laboratories to accounting and custodial services).

If we assume US research is realistically funded, that means Australian universities have to add 30c for every dollar in support they win from the Australian Research Council and National Health and Medical Research Council. The better a university does in attracting research grants, the more money it has to find to make this research possible.

This puts Australian universities in an invidious position. Focusing more tuition revenue on teaching would damage research. But cross-subsidising research leaves less money to focus on imperatives like smaller class sizes. The only way out of this double bind is for ARC and NHMRC competitive grants to include the appropriate indirect cost recovery rates.

My final observation concerns the funding of university courses in Australia. One way to free up government money to fully fund research would be to reduce direct government support for teaching — by deregulating the fees our students pay.

This would be a double win. The cost of teaching born by government would be reduced. But the revenues available to universities to improve teaching would increase. The focus here should be on degrees that have large private benefits — that is, which substantially add to a student’s lifetime earnings.

Business schools are largely “private benefit” educators. Yet we charge Australian students nothing like the market price for our undergraduate business degrees. The Australian government gives the Australian School of Business a little more than $12,000 a year for each (full-time) Australian undergraduate student. Of this, students pay about $10,000. Only about $2000 of a “commonwealth supported place” is actually paid by government. At the same time, our international students pay more than $30,000 to sit in the same classes. Wharton undergraduates pay about $50,000 irrespective of where they’re from.

A UNSW business degree is “worth” more than $12,000; just ask the very large number of the best Australian students who apply. Deregulation of fees would allow us to charge closer to the market price. Any adverse impact on access would be mitigated by the Higher Education Contribution Scheme.

HECS allows Australian citizens and residents to defer all the costs of their undergraduate degrees until they are in full-time employment following graduation. Repaying educational costs is then subject to progressive taxation.

So my take on the future of Australian higher education as I get ready to return to the US: Asia will be tougher; philanthropy will be more important; research should be fully funded; and undergraduate fees should be deregulated.

Everyone knows universities are at the heart of improving society, from educating better citizens to driving job growth to inventing the future.

We sometimes forget that business schools are integral parts of our universities, too.

Geoffrey Garrett is Dean of the Australian School of Business at UNSW. He joins The Wharton School of the University of Pennsylvania on 1 July.

Why we should look to Germany, not Ireland, for the budget