Opinion Qantas needs our help, but not a crutch

There are ways for the government to throw the struggling airline a lifeline without stifling competition, writes Richard Holden. 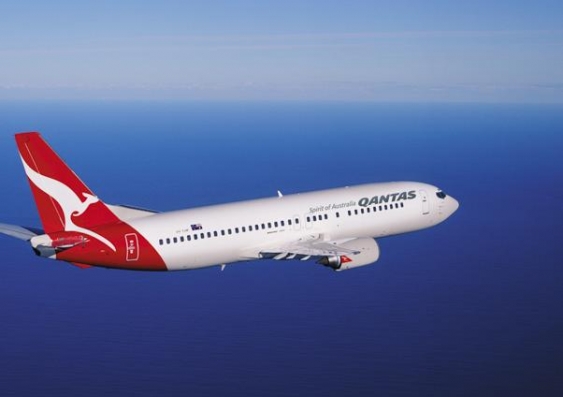 OPINION: Qantas should remain our national carrier – but not a nationalised one. The federal government can throw the struggling airline a lifeline, but it must not stifle competition by giving Qantas an unfair advantage over rivals such as Virgin. Instead, I suggest the government invest in Qantas, and take on debt that because of the Qantas Sale Act the airline can't borrow from elsewhere.

Qantas is not just a private-sector business facing stiff competition and cost pressures. Yes, it's iconic, but it's much more than that. Qantas opens up Australia to the world and the world to Australia. In short, Qantas is not some beleaguered car manufacturer that happens to employ quite a lot of people. It's a crucial part of our national infrastructure. In the language of economics, it provides "positive externalities": to the tourism industry specifically, and Australian individuals and businesses more generally.

Can other airlines such as Virgin play this role? Actually, no. Virgin Australia has just five intercontinental planes, compared with about 50 at Qantas; it's domestic network is one-third the size of the Qantas network. And as impressive as it is, Virgin's brand will never resonate as "Australian" in the same way overseas. For tourism, this is especially important. And when it comes to connecting a large, far-flung continent with itself and the world, size matters.

In the wake of Qantas's projected half-year loss of $300 million and recent debt downgrade there has been much discussion about what, if anything, the federal government should do to assist. Everything from re-nationalisation to leaving Qantas to its own fate has been canvassed.

Although competition has been difficult for Qantas, it has helped the national carrier. It has forced Qantas to be more innovative and efficient. A good plan to help should not shield it from the market. Re-nationalisation would do just that. Even a partial government stake would be problematic, forcing the commonwealth to wear two hats: one as owner and one as government. The government must apply some market rigour to its decision.

If you rescue Qantas from competition, why didn't we rescue Ansett a decade ago? Simply because nationalised airlines don't work: they grow inefficient pretty quickly, and that was why Qantas was privatised in the first place.

Under public ownership it was flying to places that the government "thought" it should fly to – such as Rome, Paris, and Zurich. However, these routes made no sense commercially. At least Qantas as a public company is a nimble operator that can take decisions based purely on a commercial imperative.

What then, can the government do? In my view, the government should buy subordinated but low-yielding long-term debt in Qantas. Because of the commonwealth's low borrowing costs, this could be revenue neutral to the taxpayer, while lowering Qantas's cost of capital significantly and freeing up its balance sheet. It would also remove the pressure of possible debt downgrades such as that from Standard and Poor's recently.

This is a real problem – S&P revised Qantas's rating from BBB- to BB+ (outlook negative), which is below the lowest investment grade, a withering downgrade which makes it much more expensive to raise debt on the markets, as it effectively recommends stock in the airline should not be actively considered. The airline could face a $100m rise in its annual interest bill, higher leasing and hedging fees and the loss of some investors unable to invest in companies rated "junk". Equally, the transfer of revenue from credit card companies will be delayed.

However, if the government steps in and is willing to buy long-term debt in Qantas, such debt could have a term of 25 years, thus giving it more certainty and ability to weather short-term fluctuations from fuel price shocks, downturns in the economy and the like.

Should Virgin get the same deal, as chief executive John Borghetti has said? No. In part ,because of its smaller network, Virgin has a naturally lower cost base, and is not encumbered by the ownership restrictions contained in the Qantas Sale Act, so it already has access to cheaper capital. Virgin's recently announced $350m capital raising, underwritten by Air New Zealand, Singapore Airlines and Etihad, is clear evidence of that.

Borghetti has also said he'd be happy to see the Qantas Sale Act abolished, allowing Qantas and Virgin to compete on a "level playing field". But let's be realistic: the Qantas Sale Act is not going to be abolished any time soon. That is a political certainty, and that's a constraint on how Qantas can be helped.

Qantas is as much a part of our national infrastructure as it is our national DNA. It's not just another private company. It's different, it's special, and it needs help. But let's not be sentimental about it. I strongly urge the government to take action in a smart way that preserves airline competition. Don't nationalise Qantas, but buying long-term bonds in the airline would guarantee it capital it can't get elsewhere.

Richard Holden is a Professor of Economics at the Australian School of Business, UNSW.

Qantas can bleed now or later, but capacity war must end