Opinion Qantas to spread its wings in China

China is on the verge of transforming the global aviation industry and Qantas is likely to benefit, writes Laurie Pearcey. 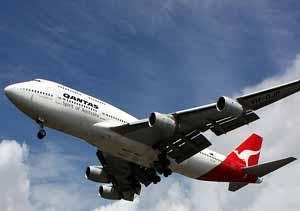 OPINION: It’s been a tough year for Qantas CEO Alan Joyce. Last year’s announcement of the airline’s first loss since privatisation, a new partnership with Emirates and the collapse of joint venture negotiations with Malaysia Airlines did nothing to salvage Joyce’s reputation in the aftermath of his shock decision to ground the carrier in late 2011.

Joyce’s very public stoush with his predecessor over a rogue group of shareholders intent on changing course has further damaged Qantas management’s credibility.

Joyce — not to mention Qantas shareholders – must be wondering if there is any light at the end of the tunnel.

For all the rhetoric about the game-changing alliance with Middle Eastern giant Emirates, it’s very easy to forget that it wasn’t so long ago that Qantas staked much of its future firmly in Asia.

I have written elsewhere about the extraordinary business case for a greater Qantas footprint in China, and the latest ABS data bears this out.

China is now Australia’s largest source of inbound tourists. Additionally, the Chinese are the highest value visitor group and inject more than $3.8 billion into the Australian economy.

In August 2011, to much fanfare, Qantas boldly announced the creation of a new premium airline based out of an Asian hub. While the nuts and bolts of the deal were kept under lock and key (hindsight tells us that preliminary negotiations were only just beginning), Singapore and Kuala Lumpur were widely interpreted as the ideal springboard for an aggressive Asian expansion.

Ultimately, the lobbying power of Temasek Holdings meant that Singapore was off the cards and Joyce was forced to negotiate with Malaysian Airlines out of second-tier hub Kuala Lumpur.

While these talks stalled in February 2012, a month later Joyce wowed the naysayers with the announcement of a $200 million joint venture with Chinese state-owned aviation giant China Eastern Airlines to base a Jetstar offshoot in Hong Kong.

While the venture is still awaiting final regulatory approval, this is significant because it is the first joint venture between a legacy Chinese carrier and a foreign airline.

It is also significant in an era where airline profits are being massively squeezed everywhere in the world apart from China.

Over the next five years, China will construct an additional 45 commercial airports and invest US$232 billion in the civil aviation industry.

Passenger numbers will almost double to over 450 million in the next two years and low cost carriers account for less than 3% of the Chinese domestic market.

Working out the business case of a tie-up with a Chinese carrier is hardly rocket science.

China is on the verge of transforming the scale and the entire business model of the global aviation industry. It’s easy to forget that it is an Australian carrier primed to pick the early, low-hanging fruit.

This also has immediate benefit to Qantas mainline, with the ACCC’s recent endorsement of Qantas' proposal to coordinate pricing and scheduling between the parent carrier and its Asian Jetstar subsidiaries based in Hong Kong, Singapore, Vietnam and Japan.

Yet what are the underlying drivers of China Eastern’s investment?

As the principle shareholder in the big three Chinese carriers, the Chinese government has called for airlines to seek substantive international partnerships and develop new alliance models.

The argument could be made that China Eastern is using Hong Kong as a ringfenced mechanism to access the successful Jetstar IP and business model before dumping Qantas and going it alone in an offshoot low-cost mainland carrier.

Under the direction of their government shareholders, China’s state-owned enterprises have a history of using Hong Kong as a first-step before further offshore expansion and the Jetstar Hong Kong example bears this out.

While direct investment in airlines offshore has yet to follow in the footsteps of other state-owned enterprises, it seems reasonable to assume that it is only a matter of time before Chinese airlines embark on an overseas spending spree.

Assuming the China Eastern tie-up doesn’t encounter too much turbulence, Qantas will be ideally leveraged to benefit from this investment when it comes.

Importantly, will the joint venture give Qantas and its subsidiaries an entree to service lucrative domestic routes in China?

This should be Joyce’s holy grail and a big part of his China strategy.

Foreign carriers are currently excluded from servicing domestic routes in what is still a highly protected and state monopolised sector of the Chinese economy. It should be said that Qantas is still subject to a significantly higher cost base than their Asian competitors and Asian leisure travellers are notoriously price sensitive.

Two things are certain. China’s aviation boom is here to stay and, now that the dust is settling on the Emirates alliance, Qantas shareholders are waiting on the flying kangaroo to pounce on the dragon.

Laurie Pearcey is the Director of China Strategy and Development at UNSW and Director of the University's Confucius Institute.