Opinion The RBA cut rates, we said it shouldn’t. Here’s why.

The Shadow RBA Board recommends what the Reserve Bank should do, not predicts what it will do, writes James Morley. 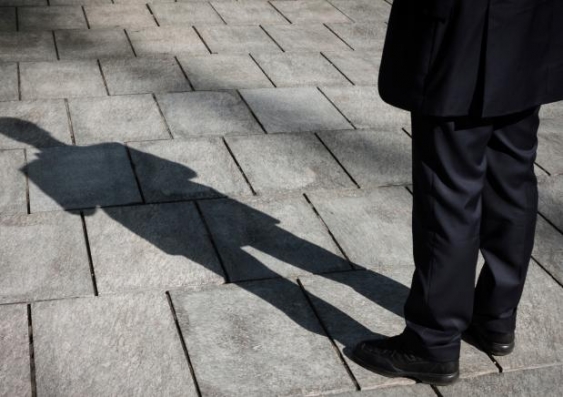 The Shadow RBA Board recommends what the RBA should do. Image: Thinkstock

OPINION: I am a member of the “Shadow” RBA Board, which is made up of a collection of industry and academic economists. Just before every meeting of the real-world RBA Board, we announce our recommendations for monetary policy.

Prior to the February meeting, we argued that RBA board members should hold the policy rate steady at 2.5%. But they cut the rate for the first time in 18 months to 2.25%. This was a surprise to many, including financial markets which responded with big gyrations in the dollar and equity prices.

So did we, like many others, simply get it wrong?

Not really, because a key distinction between the Shadow Board and many market commentators is that we are supposed to recommend what the RBA should do, not predict what it will do.

Of course we hope that the reasons behind our recommendation are so compelling that the RBA would come to the same conclusion, even if it does not directly follow our advice. So this distinction between what it should do and what it will do gets blurred somewhat in practice.

Was the RBA wrong to cut rates?

What to make of the RBA cut then? Did it make a mistake?

The short answer is “not exactly”. (I know, you’re thinking that’s a typical two-handed economist answer to a simple question. But I will explain.)

In my recommendation not to cut, I focused on the huge recent drop in oil prices. I argued that this contributed to a temporary decline in inflation below the RBA’s target range of 2-3%, with the latest CPI annual rate at 1.7%. I acknowledged that low inflation provided some scope for the RBA to cut rates. But I suggested that the fall in oil prices, along with the fall in the dollar and robust growth in the US, would help broaden growth beyond interest-rate-sensitive sectors such as the housing market. So a cut could be delayed until the RBA had better prepared financial markets for one.

In the policy statement and the subsequently released minutesfrom its February meeting, the RBA actually covered a lot of similar ground, albeit in much more detail.

The big difference was the RBA emphasised that the unemployment rate would, according to its forecasts, peak at a higher level than previously thought. This change in the forecast was driven in part by revisions of GDP data which suggested weaker growth over the past year.

Given this new information and the RBA’s modelling of how it changes the forecast for the unemployment rate, an immediate cut in the policy rate was deemed to be the best course of action. Its concerns were subsequently confirmed by the latest unemployment rate data that showed a jump up to 6.4% in January, the highest rate in more than 12 years.

So the RBA looks prescient. At the same time, trying to prop up demand in a way that stimulates the housing market has its risks. The US experience in the early 2000s makes this abundantly clear. Ultimately, we won’t know whether the RBA made the right call for years, if ever.

The last Shadow Board recommendation wasn’t actually as simple as saying the RBA should hold rates steady. In general, we acknowledge uncertainty about the appropriate level for the policy rate by assigning probabilities to different possibilities. Think of this as like placing bets on what the right thing to do is.

Importantly, we assign individual probabilities without conferring first. This is designed to avoid “group think” and there is a fair amount of variation in recommendations across members. (In February, I assigned 65% to holding steady, 20% to a cut, and 15% to a rise, which wasn’t too far off the average probabilities. The reasons for these probabilities can be discerned from my current and past written comments.)

Not trying to sell newspapers

Unfortunately for those who might enjoy a little controversy, we’re not in this to criticise the RBA.

This is in contrast to the original “Shadow” Fed in the US, which was founded in the 1970s. It was quite critical of the Federal Reserve’s policy at the time, not just in terms of policy actions, but its whole policy framework.

Monetary policy has changed a lot since the 1970s, with the adaption throughout much of the world of the remarkably successful Kiwi export of inflation targeting. This policy framework emphasises transparency and a nominal anchor (i.e., stable CPI inflation) that stands in stark contrast to the secretive and scattershot policies that were carried out in the 1970s.

The RBA has an inflation target and it is guided in its policy actions by forecasts of inflation and the unemployment rate. It explains in a transparent way why the policy rate is set at a given level, including how it will bring inflation within its 2-3% target range.

This framework has allowed the RBA to achieve very close to 2.5% inflation on average since the introduction of inflation targeting in 1994. So it is hard to be critical of the policy framework.

The Shadow Board, what is it good for?

So what is the Shadow Board’s role then? I believe one answer is to provide some independent thought on monetary policy, including why it can sometimes make sense to raise rates, rather than cut them.

I’ve noticed a fairly unremitting enthusiasm in the financial press for rate cuts. And these do stimulate the economy, so why not? The answer, of course, is that these rate cuts can also lead to inflation and various imbalances that create long-run pain after the short-run gain.

At the same time, we need to avoid what Paul Krugman refers to as VSP (“very serious people”) Syndrome, which leads to a constant and highly irresponsible call for short-run pain to somehow prove our economic virtue. Despite such economic bloodletting being equally as bad as the long-discredited medical version, VSPs keep pushing their shockingly bad advice and sometimes even get to try it out with fiscal policy.

Monetary policy will always involve dilemmas with no easy solutions. A record low policy rate of 2.25% helps the Australian economy adjust to the end of the mining boom. But it almost certainly overstimulates the housing market, which will cause problems down the road.

The Shadow Board won’t provide a definitive answer as to what the RBA should do. We are clear about our own doubts. But we try to think through the possibilities in an objective way and hope to contribute to the public discourse on monetary policy.

Just don’t ask us to predict what the RBA will do at the next meeting.

James Morley is Professor of Economics and Associate Dean (Research) at the UNSW Business School.