Like their human equivalents, corporate divorces can have benefits, but can also be very messy affairs, writes Peter Kien Pham. 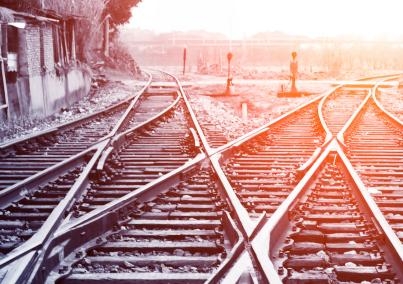 OPINION: For the global mergers and acquisitions market, 2014 has been a year of strong recovery. According to Mergermarket, global M&A value in the first three quarters reached over US$2.5 trillion – a record level since 2008.

While it has been a busy corporate wedding season, many companies are also going through their divorces. S&P Capital IQ reports there have been already 66 demergers in the United States this year, the most since 2007. Some high-profile spin-offs have recently happened at Hewlett Packard, Ebay, and Dupont.

Closer to home, Pacific Brands has just announced it is selling its Brand Collective business for A$39 million. This follows the company’s agreement to sell its workwear brands to Wesfarmers’ industrial and safety division for A$180 million.

BHP Billiton is also pushing its demerger plans forward and there are reports of similar plans by NAB and QBE Insurance. This follows a string of demergers last year by Amcor, Brambles and Westfield Group.

Notwithstanding the rationales of individual demergers, it is difficult to pinpoint the reasons behind their recent popularity. One possibility is that demergers, like other corporate actions, mask something that management knows and the market does not. Academic research shows that corporate insiders earn significant trading returns after a spin-off.

If this is true, it is worth noting that the last peak in global demerger activity was in 2007, just before the financial crisis. Stock overvaluation and concerns about increasing borrowing costs were likely to be the underlying factors driving demerger activity then. The same conditions are perhaps forming today.

Another explanation may be that corporate governance has improved substantially. Fund managers have become increasingly vocal against conglomerates. For example, PepsiCo and DuPont were recently targeted by activist investor Nelson Peltz, who pressured them to address “underperformance” through demergers.

In a demerger, the parent corporation creates a new company by distributing its equity ownership in a subsidiary to its shareholders. This is not the only means by which companies trim excess fat and refocus their business. In fact, the overwhelming majority of corporate divestments are through trade sales and initial public offerings of divisions.

Demergers generate much interest because they bring about a dramatic downsizing for parent companies. Given the natural emphasis of corporations on growth, this may seem counter-intuitive.

Many demergers actually follow a string of aggressive acquisitions. So understandably cynicism abounds when companies tout the synergistic virtues of their acquisitions one day, then the values unlocked by their demergers the next. Hewlett-Packard is a case in point.

Having their cake and eating it too

Mergers and demergers are not necessarily mutually exclusive strategies. A merger creates synergies but can introduce conglomeration. In a conglomerate, the lack of accountability and transparency of individual divisions can add significant costs. Fund managers also generally prefer “pure play” companies as it helps them calibrate the right portfolio exposures.

Demergers are usually employed to reduce these costs when they become excessive. Hewlett-Packard decided to demerge to address the perceived value-depressing cross-subsidies in its operations.

As companies adapt to market dynamics, they may find synergies and conglomerate costs changing across their operations. Both mergers and demergers are therefore important elements in a chief executive’s strategy space.

This is illustrated by the prevalence of demergers in the information technology sector, which faces continuous technological changes. According to S&P Capital IQ, IT companies accounted for 18% of US company spin-offs in 2014. They also comprised up to 32% of spin-offs in the 2000-2001 dotcom crash.

Companies use strategies of mergers and demergers to fund growth opportunities. The stock market provides a large source of external capital but it is not very efficient in financing unestablished ventures. A conglomerate structure allows internal funding from some divisions to be channelled into new opportunities. The Ebay demerger reflects an example where the PayPal venture had outgrown the usefulness of its parent’s internal capital support.

What’s in it for public investors?

Shareholders are most concerned about whether a demerger unlocks value, as often promised by corporate managers. In a rare agreement, their claims are actually supported by the academic literature. Research shows share prices increase on average by 3.3% immediately following a demerger announcement.

However, the evidence is still inconclusive on whether shareholders can reap further returns in the long run. The market appears to quickly incorporate the value of subsequent restructurings, improvements in corporate investments and productivity, and the increased likelihood of takeover following a demerger.

These benefits are clearly documented by academic research. The demerger of Treasury Wine Estates from Fosters Group allows the former to carry out substantial restructurings, reinvest in its premium wine brands and improve its share price. Fosters has since been acquired, while Treasury is frequently on takeover radars.

However, there are significant risks in a demerger. The parent may unload toxic assets and excessive debt into the spun-off entity. Managers of the parent company also lack long-term incentives in the new firm.

Split-up entities also lose the co-insurance benefits that they previously provided each other. This may adversely affect their borrowing costs. For example, Ebay was placed on a negative credit watch by S&P following the PayPal spin-off announcement.

Though corporate divorces can have benefits, in many cases they are often very messy affairs.

Stereotypes of women and work leave academics out of the picture