Opinion Risky business: why we shouldn’t stereotype female board directors

The current crop of MBA students suggests there is no basis for the notion that women are risk-averse and therefore shouldn't be on bank boards, writes Renee Adams. 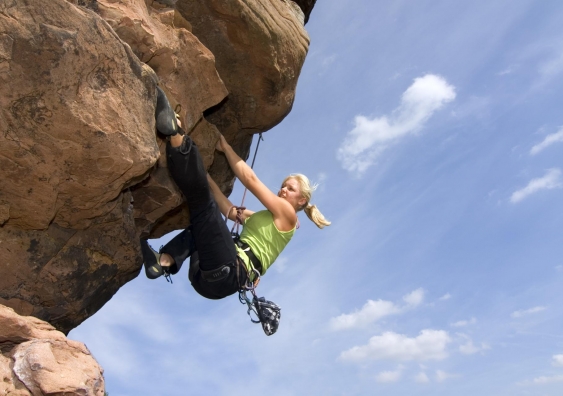 OPINION: There is a popular notion abroad that women are not risk takers and their mere presence on a bank board will reduce risky strategies and behaviours.

Over the past years there has been an increasing trend of female directors on company boards. A leading factor has been the introduction of gender diversity policies. Already women hold 23% of directorships in the United Kingdom’s top companies, just shy of the government’s target of 25% by 2015.

According to the Australian Institute of Company Directors, at the end of August this year, 18.3% of top 200 ASX company board directors were women.

Does this mean our banks, by virtue of this trend, are falling into an increasingly safe pair of hands?

The safety factor concept has been used in the past to support the argument for gender quotas for boards.

Some of the world’s leading economic spokeswomen (and men) have very publicly argued women are “typically” more risk-averse and therefore their presence on boards helps contain risky behaviour. This premise led to what became known as the “Lehman Sisters” hypothesis, which arose in the years following the global financial crisis. The theory was if Lehman Brothers had been Lehman Sisters (or brothers and sisters), there would have been no collapse.

Why more women on boards will not lead to less risk

Sadly for those who believe banks revel in the occasional risky business, adding more women to the board is unlikely to have an impact.

In a research paper I co-authored with the University of Queensland’s Vanitha Ragunathan, we showed that more women on boards will not lead to less risk in banks.

Selection is likely to be even more important for financial firms because finance is a business dealing with risk. Women in finance may well have the same average levels of risk aversion as men in finance.

The research shows the dangers of stereotyping women. Applying gender differences that may occur within the population to the management level does not work.

But gender diversity has other benefits

However, though having a greater proportion of women on bank boards may not reduce risk, it does provide other benefits.

Our study reviewed around 300 large publicly traded United States banks and bank holding companies across a four-year period spanning the 2007-2008 financial crisis. We found that US banks with more women on their boards were not less risky during this period. However, they did perform better during the financial crisis.

We still do not have a complete understanding of how and why gender diversity matters for corporate outcomes. We also do not know when diversity matters. However, the concept of using women on bank boards as a quick fix for bad corporate behaviour is simplistic and devalues the other benefits that diversity brings.

Renee Adams is Professor of Finance, Commonwealth Bank Chair in Finance at UNSW.

Stereotypes of women and work leave academics out of the picture