What really enables Australia to prosper is its insistence on combining the entrepreneur's right to “have a go” with the traditional egalitarian capacity for the “fair go”, argues Tim Harcourt. 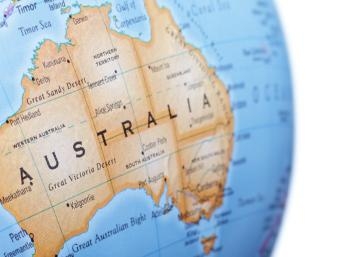 OPINION: In Rupert Murdoch’s fly-in, fly-out visit to speak at the 2013 Annual Lowy Institute Lecture he paid tribute to some traditional Australian values and attributed our success to a number of factors.

Murdoch emphasised the importance of immigration as a reason for the success of our past and a key ingredient in our future, particularly in promoting the virtues of cultural diversity and the need to attract human capital through immigration of entrepreneurial talent from emerging markets particularly Asia.

In fact, Murdoch uses the classic example of Frank Lowy himself, a European Jewish refugee who came to Australia “with a single suitcase….His only real assets were his wit and his willingness to work hard. It turns out that these are the assets that matter most.” Murdoch is right about the contribution of Frank Lowy and many like him.

In Australia around two thirds of our entrepreneurs are born overseas, and a half of our exporters are too. Immigration has led to a great injection of human and entrepreneurial capital in Australia, in commerce and science and in many other ways.

And many of our best Australians from business leaders to Nobel Prize winners have been immigrants (and many have been refugees). As well as Frank Lowy, think of Max Corden and Fred Gruen in Economics, or Gustav Nossal in Science. When refugees apply for residency we could give many of them an Export Market Development Grant or a post doctoral research grant.

Murdoch also values the importance of education, a theme closely linked to immigration and an open society. He has a strong belief that as Australians welcome immigrants to our shores our own Australian Diaspora can “have a go” on the world stage in business, science and education (like Murdoch has himself).

He makes strong mention of Australian success in bio sciences and reflects a theme of the Lowy Institute itself, in a paper by its Executive Director, Michael Fullilove that Australia’s one million strong Diaspora is an asset – an example of brain gain more than brain drain.

However, Murdoch draws on these themes to describe Australian aspirations in the 21st century as being “an egalitarian meritocracy with a touch of libertarianism.” He believes that in a century of “economic disruption “(drawn from Joseph Schumpeter’s thesis that “creative destruction“ was essential to capitalism) will suit Australia provided we embrace our egalitarian meritocratic libertarian values.

In his example, Murdoch talks about the famous film Spotswood, where a Melbourne factory in 1966, resisted the management consultant character played by Anthony Hopkins and saved everyone’s job. This was in 1966 when Geoffrey Blainey wrote The Tyranny of Distance, and Japan took over from the UK as Australia’s most important trading partner.

Murdoch uses this example to show that Australia has moved on from a “sentimental economy” to one that embraces disruption with vigour and the good Aussie tradition of “having a go.” But when I look at 1966 and the “Tyranny of Distance”, before Australia embraced Asia, and compare it to 2013 and ‘The Power of Proximity’ - how our ties to Asia enable us to achieve new levels of prosperity - it occurs to me that Australia has been able to succeed because we absorbed disruption and adjusted thanks to a combination of our economic and social institutions.

We combined the right for entrepreneurs to “have a go” with the traditional Australian egalitarian capacity for the “fair go”.

So while Murdoch talked about Spotswood and the “happy ending that’s only possible in the world of film” what he has missed is that Australia, on the macroeconomic level, facing the biggest economic disruption since the Great Depression in the global financial crisis, was able to adjust its economic institutions to ensure that unemployment did not rise, and jobs were saved in contrast to what was occurring in the Northern Hemisphere.

In fact, 960,000 jobs were created in Australia before the financial crisis of 2008-2009, which is the macroeconomic equivalent of what happened in mythical Spotswood where Anthony Hopkins “finds a way to save the factory without letting go a single soul”.

As the books Why Nations Fail and Why Australia Prospered show, economic institutions make a big difference in how a nation develops its economy. As Murdoch points out, Australia has provided great business innovation thorough entrepreneurs such as Frank Lowy (many of whom are immigrants and refugees) but I would also add our social innovation too, votes for women, arbitration and more recently our world class superannuation and national disability insurance systems.

The combination of being able to “have a go” with the “fair go” has enabled Australia to absorb the forces of economic disruption like the Asian Financial Crisis, the dot.comcrash and most recently the global financial crisis.

Egalitarian meritocratic values that promote entrepreneurship along with institutions that assist social justice – rather than libertarianism – will enable Australia to continue to be the lucky country in the age of disruption.

Why more money is not to blame for rising inequality