Opinion The state of Australia: the economy

In the lead up to the budget, the story of crisis has been hammered home, but there’s more to a country than its structural deficit. So how is Australia doing overall, asks Raja Junankar. 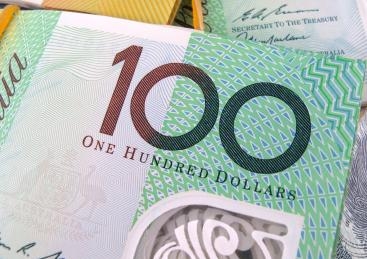 It is true that as the global financial crisis hit and tax revenues fell, Australia introduced a series of stimulus measures to tackle the crisis that moved the economy from a budget surplus to budget deficits. For what they are worth, the rating agencies have given Australia a triple A rating, which means that they are not concerned about our budget deficits or debt.

How we are doing now

On important macroeconomic indicators, including GDP, unemployment, inflation, Current Account Balances, and debt, Australia compares very favourably. Our GDP has been growing consistently, and our unemployment rate has been consistently lower than most OECD economies since the GFC.

Even Germany took until the end of 2012 to catch up with Australia. Some of the OECD countries have been concerned about deflation, but Australia has managed to go through the crisis with negligible inflation. We have had current account deficits (CAD) for more than a hundred years, except for very brief spells of a surplus. However, since the GFC, only Germany and Italy have had lower CADs.

However, the Coalition government has been arguing that the economy is in dire straits and is going to collapse because of a large budget deficits and a ballooning government debt. It is threatening to cut back on welfare, health, education, and the public service. These mirror austerity measures that have failed to return many OECD countries back to growth. But the same time it wants to abolish the mining tax and the carbon tax: one set of policies to hit the poor and another to help the rich.

Given the announcement of cuts back on government expenditures at a time the economy is slowing, recent proposals to introduce an income tax - or deficit levy - would lead to an even greater fall in aggregate demand and increased unemployment.

How we got here

Thanks to several mining booms and strong demand from Australia’s largest trading partner, China, the Australian economy has had continuous growth since December 1991, with GDP growing even through the GFC. The OECD has repeatedly stressed the stellar performance of the Australian economy, saying that with “its 21 years of uninterrupted growth, Australia stands out among OECD countries.”

In comparison, most of the other OECD economies faced falls in GDP that continued for several years.

While is hotly debated, many economists are convinced (including Nobel Laureate Joe Stiglitz) that the timely introduction of a stimulus package was instrumental in avoiding a recession. At the same time countries like Greece and Portugal, Spain, Italy that introduced major austerity measures are still wallowing in a deep recession.

While our manufacturing sector has underperformed due to strength of the Australian dollar, the OECD points to a favourable future for our economy:

Non-mining tradable sectors have struggled with the strong exchange rate driven by the mining boom. However, fundamentals remain solid with the unemployment rate close to its structural rate and inflation and public debt low. Growth strengthened in 2012, and the outlook is positive, even though there are mainly negative risks stemming from the external environment, to which Australia is however less vulnerable than many other OECD countries.

In its most recent report on Australia, the OECD forecasts a general pick-up in demand to off-set declining investment in the resources sector, although it warned “rapid growth in house prices and mortgage lending requires continued close attention”.

The IMF downgraded its economic forecasts for Australia late last month in a move interpreted as an implied message not to bring down too harsh a budget.

It is certainly true that the Australian population is ageing and that older people require more spending on health. Over the future years, we would certainly see increasing expenditure on health, partly due to ageing but also due to the improvements in medical knowledge.

The National Disability Insurance Scheme (NDIS) will certainly make increasing demands on the budget. But as long as we as a society believe it is a good thing, we need to find finances to pay for it. To increase government revenues, we should consider an inheritance tax, remove negative gearing, close down overseas detention centres, introduce a progressive Medicare levy and remove the concessions on capital gains taxes, to name a few.

As long as our interest on debt does not grow faster than our growth rate of GDP, the economy will not collapse.

The Financial industry’s gurus, the ratings agencies, have continued to give Australia triple A ratings, just as Moody’s in its recent report. It is clear that the finance industry, the OECD, and the IMF are not worried about the health of the Australian economy or its budget deficits or debt. Why, in that case, do the politicians both on the right and the left mouth these words of “budget responsibility” and “budget surpluses”?