Opinion States have wised up to the value of public services

Governments are in the process of overhauling the way in which they commission public services to ensure the public interest is better served, writes Gary Sturgess. 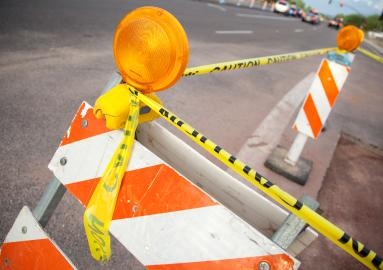 OPINION: At least a third of public services in this country are delivered by private and not-for-profit providers, under a variety of different arrangements – contracts and grants, franchises and licences.

Not all have been well designed. Many are not contestable. Even where competitive tendering has been employed, the public interest has not always been well served.

Across Australia, governments are in the process of overhauling the way in which they commission public services, moving beyond the traditional approach of sealed envelopes and low-price bids, and exploring much broader concepts of public value. State governments, which are responsible for the vast majority of public services, are trying to be more strategic about commissioning.

They have begun focusing on service outcomes rather than specifying inputs, adopting a much wider range of competitive and contracting models in place of old-fashioned outsourcing.

A programme of “commissioning” (and “recommissioning”) is now being developed by most state governments, and several have set up small commissioning units to guide the development of this new approach.

The principles of good commissioning apply just as much to services that are provided in-house, but they draw heavily on the lessons that have been learnt in recent years from performance contracting.

RMS has based its new contracts on six “stewardship principles”, which include putting the customer first, performing the services in the best interests of the asset owner and achieving transparency and accountability for outcomes.

Traditionally, a great deal of road maintenance has been performed in-house, but even where contractors were used, they have been closely managed by the RMS, filling potholes as directed, based on a schedule of fees.

This allows no room for innovation, and it does nothing to motivate the contractor to think about why the potholes developed where they did and how they might be prevented in the future.

Under these new contracts, the provider will be responsible for asset management planning and project management, as well as road maintenance. The range of maintenance functions is also much broader than in the past, incorporating resurfacing and rebuilding, minor improvement works, maintenance of mechanical and electrical assets and support for major incidents and events.

The focus on customer service has been driven by RMS’s chief executive Peter Duncan, who views the state’s roads as a public service and not simply as a rolling series of infrastructure projects.

Contractors will be incentivised to think about the public when planning road maintenance – scheduling projects and bundling work in the same vicinity, so that they have less impact on road users, providing drivers with better information so they can plan alternative routes.

Research shows that road users place significant value on a smooth surface, and this is reflected in the contracts’ key performance indicators.

But RMS expects that the principle of customer focus will be extended to road safety – for example, contractors might take account of the history of crashes at a particular site when planning maintenance and improvement works.

One of the surprising outcomes of the recommissioning process is that there will be closer linkages between thinking and doing. The modelling of road works is highly empirical: issues of pavement design and drainage are heavily influenced by the physical environment and planners need to draw on local knowledge.

RMS believes that regionally based performance contracts will drive a closer integration of modelling and maintenance.

Understandably, there were objections from the unions, but these seem to have been resolved through compromises over transfer and redundancy arrangements.

The unions did argue that an in-house team should be given an opportunity to bid, which is a fascinating shift in their view of the world.

Contestability involves the credible threat of competition, and does not necessarily require competition itself.

But in this case, the government seems to have taken the view that the service models will be so innovative that it does not want to assume the risks itself.

Peter Duncan went to Britain last year to explore the latest developments in performance contracting, and spoke to a number of engineering firms about his planned reforms.

As a result, the four short-listed consortia include a number of British and New Zealand engineering firms that have worked on similar models over the past few years.

From the outset, Mr Duncan has described the establishment of these stewardship maintenance contracts as a program of reform, not just procurement.

Contracting is not new in road maintenance, even in NSW.

But the O’Farrell government’s focus on contestability and customer service has enabled Roads Minister Duncan Gay to undertake a fundamental rethink of the way in which road maintenance is planned and executed.