One neglected corner of the gender and work debate is that of female academics – the women who teach the new generation of leaders, produce valuable research and thought leadership, writes Renee Adams. 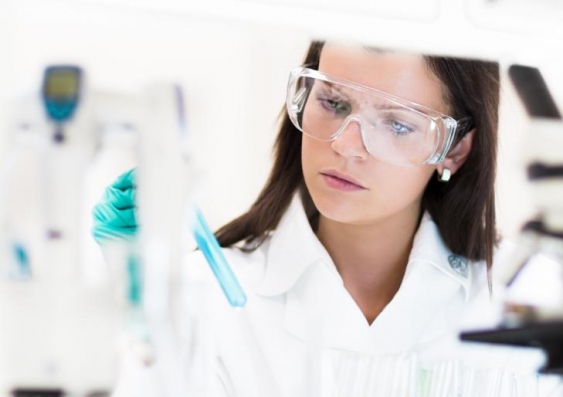 What Sandberg, the author of “Lean In: Women, Work and the Will to Lead”, is trying to counter is the narrow range of images used to portray women, work and family – the businesswoman with briefcase, the mother with children and the one juggling both.

Society’s focus on women and work appears fixated on these kinds of stereotypes - and government policy settings are squarely aimed at them. Think paid maternity leave, tax rebates for child care, gender balance reporting requirements for corporations with 100 or more employees.

The corporate sector is required to report annually to the federal sex discrimination commissioner on diversity and gender balance (although there are moves to roll this back), but the reports are inconsistent, include data on issues that may be irrelevant for senior women (such as breastfeeding in the workplace) and often incomplete. They don’t seem to produce the desired outcome of rectifying the imbalance, especially at senior levels.

One neglected corner of the working women debate is that of female academics – the women who teach the new generation of leaders, produce valuable research and take part in what is commonly referred to as “thought leadership”.

Women have played a big role in academia (in expert opinion and research), in the arts and the not-for-profit sector, where significant contributions are too rarely recognised and rewarded.

Female academics have reached some dizzying heights. Elizabeth Blackburn won the 2009 Nobel Prize in Physiology or Medicine; Condeleeza Rice was a political scientist at Stanford before and after her time as US Secretary of State.

In finance and economics, my field, only a handful of women are at very senior levels. Janet Yellen is head of the US Federal Reserve. Christine Lagarde (in fact, a former lawyer, not an academic) is managing director of the IMF.

Yet their input is essential. Not simply to contribute a “female” perspective on economic issues, but because women represent over half the world’s population and should be heard in every debate that impacts on their livelihood.

Women are plentiful at the lower levels of academia but they get stuck there and rarely advance to professor. It is a lonely field and a lot of women feel very isolated. In many jobs, there is paid leave to support women who take time off to care for sick children. In academia, when your time is effectively your own, the flexibility is often envied. But time off eats into research, reduces publication rates and limits promotion possibilities.

An academic job for a woman is different to an academic job for a man. Community-wide expectations that women will be represented on all boards or working parties have created a situation where women at very senior levels spend large parts of their time in meetings and other activities that take them away from their research and, by extension, their prospects of promotion.

And no matter how many programs there are to support women’s advancement, women still shoulder the largest part of the childcare and home responsibilities.

Women can also hinder themselves by their own attitudes. Senior women should not be waiting around for the right male mentor to come along, but they do need support to network and create their own opportunities.

If we want to have women at the most senior levels, taking part in decisions that impact on the nation’s and the world’s economy – or carrying out research that influences those decisions – they need funding for networking and mentoring programs. And they need support at the broadest possible level, not just within their own institutions.

Federal and state governments should take some responsibility for supporting women who want to help themselves to become senior opinion leaders and researchers. By funding formal mentoring programs, networks and fellowships, governments would be acknowledging the fact that universities are incubators of ideas that have far-reaching implications.

Women spend too much time chasing the money for these programs instead of doing the productive work of research, teaching and supervising PhD students.

The private sector is reluctant to contribute without a clear benefit – they need a return on investment. The not-for-profits can’t afford it. Universities are living in straitened times.

Formal mentoring programs for female academics in finance and economics currently exist in the US, UK, China and Canada, but receive little support in Australia.

At the Australian School of Business at UNSW, there are programs to support women but the benefits of senior academic women spread far wider than the campus.

Low numbers of women in the field have flow-on effects in business. Harvard Business School Dean Nitin Nohria recently apologised for his school’s treatment of female students and professors, promising to double the number of case studies in which women are portrayed as central leaders in business problems.

Sometimes perception is part of the problem. Women need to put themselves in the centre of the picture, or the business problem.

To do that they need to connect with other women, share success stories, get access to conferences, fellowships and other opportunities.

Professor Renee Adams the Commonwealth Bank Chair in Finance at the Australian School of Business, UNSW.

Risky business: why we shouldn’t stereotype female board directors