The big banks are playing a controversial game by moving interest rates independently of the Reserve Bank, and should be subject to an excess profits tax, argue four prominent UNSW economists. 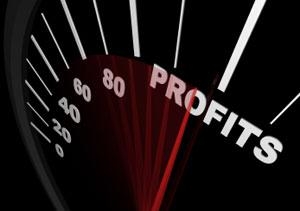 OPINION: The big four banks are playing a controversial game by moving their interest rates independently of the Reserve Bank. The commercial banking system plays a vital role in the economy by providing credit to firms and households. The RBA generally supports the banks in times of need: they are too big to fail. In the aftermath of the financial crisis, the government guaranteed individual deposits up to $1 million. Furthermore, it has maintained the oligopoly position of the big four, which provides them with a safe, protected market with virtually no risk.

Thus, the profitability of the banks, as a rate of return on their total capital, will usually be well above the average rate of profit, similarly measured, in the economy as a whole. It follows that the difference between their actual profitability and this national average is due to their privileged position; it is a pure profit. This difference should therefore be subject to an excess profits tax because it does not reflect in any way banks' contribution to the efficient operation of the economy.

Such a tax would not affect the way banks perform their social functions, or the returns they pay shareholders, but it would make their treatment more equitable with regard to other taxpayers who are not in their privileged position.