If we want market forces to work for us, rather than against us, we may need to start exercising a bit more policy creativity, writes Jenny Stewart. 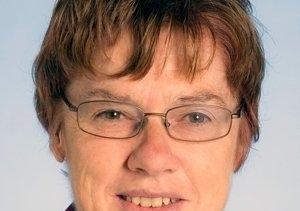 OPINION: Regulators often find that the system they are trying to manage evolves more quickly than their legislation envisaged.

One of the most difficult jobs in public administration is that of the regulator - the person (or agency) responsible for implementing the rules. Do your job too uncompromisingly, and the regulated are on your back (or complaining to the politicians). Do it too leniently, and the problems the rules were designed to deal with, are likely to multiply. And that's your fate when the rules are well-set. Regulators often find that the system they are trying to manage evolves more quickly than their legislation envisaged. The result is that the legislation either becomes a dead letter, or is amended repeatedly, often by patching it up with bits of regulatory gaffer tape. As fast as one loophole is closed, another is discovered (or opened) by those eager to see how far they can go.

Sometimes, it all becomes too difficult. Where competitive markets and very complex transactions are involved, there is a temptation for regulators to stand back, and either hope for the best or put their trust in market forces. As we saw in the lead-up to the global financial crisis, with a high-risk system, such faith is a recipe for disaster.

Supermarkets are not as esoteric as global financial markets. But regulators can still find themselves either powerless to act, or uncertain as to the precise situation that is confronting them. The Australian Competition and Consumer Commission confronts a situation of this kind in relation to Coles and Woolworths, the two supermarket chains that dominate Australian grocery retailing.

Many Australians are uneasy about the market power these giants have at their disposal and look to the ACCC, which is charged with maintaining competition in the marketplace, to prevent the situation from going too far. But as with most regulatory matters, defining the exact problem, relating it to the powers available under the legislation, and then applying that legislation, is easier said than done.

In 2008, an ACCC inquiry found that the grocery market was ''workably competitive'', by which it meant that, although it was not as competitive as it might be, there was still a reasonable level of price competition in the marketplace. The ACCC noted that the entry of ALDI had had a strong effect in maintaining competitive pressure on Coles and Woolies.

Supermarket competition is, of course, not just a matter of price but also of geography. The ACCC found some evidence of restrictive leases being employed in shopping malls, and also the ''gaming'' of planning laws to keep competitors out of particular areas. But these matters are difficult to prove. Acquisitions of sites used by independent retailers also helps to augment market power.

In Canberra, for example, the Mawson group shopping centre, which once had an independent grocer as well as Woolies, now only has Woolies. But with highly mobile shoppers and alternatives not far away, these kinds of developments are unlikely to trigger the relevant provisions of the Trade Practices Act.

The bottom line for the ACCC is the maintenance of price-competition. And, in this respect, at least over the past year or so, Coles and Woolies seem to have been engaged in a discounting war of some intensity. The resulting pressure is driving many independent grocers out of business, and, as we know, is putting massive pressure on suppliers to reduce their prices.

Producers can try to fight back, but public policy, certainly in this country, is not their friend in this respect. Australian agriculture used to be controlled by the producers, who organised collectively so that they could maintain their domestic prices. But all that has gone now. If you want to know why Australia has roughly 3000 dairy producers, rather than the 19,000 we had 30 years ago, the reason is not Coles and Woolies but deliberate deregulation.

A few romantics (and I must confess to being one of them) would prefer to pay a bit more for milk and have more people on the land, maintaining their communities. But most people do not think this way, or if they do, it does not guide their purchasing behaviour. Deregulation makes stuff cheaper than it would otherwise be and most people, most of the time, shop on price.

Eventually, Coles and Woolies will start to push up prices. But not just now. The reason they are not doing it now, is that each, in its own way, is intent on increasing its market share. Woolies is opening more stores than Coles, thereby increasing volumes, while Coles is reportedly driving each square metre of its stores harder, by cutting costs and introducing more generic brands. Neither chain can afford to be seen as more expensive than the other.

For public policymakers, intervention may create more problems than it solves. Using planning powers to prevent the entry of very large supermarkets into a specific location, as the Stanhope government tried for a time to do in Giralang, is risky because there is a fine line between maintaining the retail hierarchy, and restricting competition. Large supermarkets may be cheerless, windowless temples to commerce and should arguably be outlawed on aesthetic grounds, but in the ACT, as elsewhere, aesthetics comes a poor second to economics in the administration of planning.

So, we have a problem, a kind of potential ''tipping point''. No one action triggers the relevant regulation, but sooner or later the inexorable expansion of the supermarket chains produces a duopoly. By then, we will have passed the point of no return, because it will simply be too difficult for a newcomer to set up in competition against them. And we will all be the poorer for it.

So, what do we do? How do we stop Coles and Woolies from becoming more and more dominant? The answer might be not to try to confront the problem head-on. If we cannot effectively tighten Trade Practices law, we should loosen regulation in other areas. We need to make it easier for people who want to do something different to do just that. We need to promote farmers' and regional markets, and to make it easier for entrepreneurs to establish innovative businesses. Where there are empty shopfronts because it suits landlords to keep them that way, maybe governments can start to ask the landlords some pertinent questions. If we want market forces to work for us, rather than against us, we may need to start exercising a bit more policy creativity.