Tony Abbott deserves credit for understanding that now is not the time for a balanced budget crusade, writes Geoffrey Garrett. 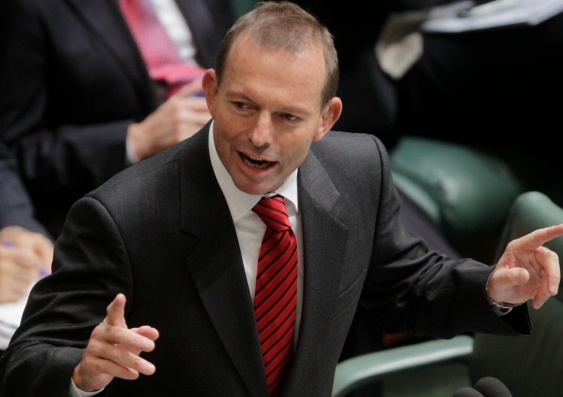 OPINION: Tony Abbott became prime minister on Saturday by promising to lead an adult government of competence and stability after years of Labor infighting and backflips. Policy details and bankable pledges were scarce on the ground, and voters apparently didn’t care.

This was nowhere truer than on the issues that invariably shape elections: the budget and economic management. After years of Coalition attacks on Labor profligacy and weeks of Labor scare-mongering about Abbott’s secret slashing plans, the new government is committed to decreasing Australia’s deficit by A$1.5 billion a year. In a A$400 billion budget, with a A$300 billion borrowing limit, and currently running a budget deficit of A$30 billion, this is a rounding error.

Why has Abbott become so circumspect when it comes to reining in the deficit at a time when many in the business world believe mounting public debt is Australia’s Achilles heel? There are four reasons, in increasing order of importance.

First, truth in advertising. Abbott’s signature policies aren’t deficit reducing. On the spending side, his paid parental leave scheme is very expensive. So too is matching Labor on disability care and education. With respect to taxes, the Coalition’sproposed company tax cuts plus repealing the carbon and mining taxes will all grow the deficit in the short term, even if they increase the tax base over time.

Secondly, it was also a political non-starter for Labor to attack the Coalition from the Left for spending more on things voters want and for cutting taxes that Labor flubbed. After a few futile days of class warfare on paid parental leave, all Labor had left was the “cut to be bone” scare campaign, which just looked silly when the Coalition finally released its costings.

Attacking tax cuts benefiting business would normally be fertile ground for Labor. But Kevin Rudd and Julia Gillard together so badly botched the mining tax that even the Greens would not defend it. “Putting a price on carbon” remains popular in the abstract, but it loses its lustre when the price is three times the European one. Rudd walked away from “the greatest moral challenge”, and Gillard declared there would be no carbon tax under her leadership.

The only place Abbott clearly will cut is the Commonwealth public service. And the only people opposed are Canberra homeowners.

Third, while Labor wants us to believe Abbott is an Hayekian economic rationalist in the mold of Margaret Thatcher, his ideology seems much closer to German Christian Democracy. Abbott believes in the family so much that he wants government to support it. He is a fan of markets, but not unfettered foreign investment. He likes free trade but worries about its social impact.

But the final and most important reason Abbott silenced the return to surplus rhetoric is that it would be bad policy. And this is good news for us all.

Given the headwinds the Australian economy will likely face in the next couple of years, dramatic fiscal tightening in Australia could well invoke the “R” word. Everyone is more Keynesian in the stagnant and uncertain post-GFC world, and the Abbott government won’t be an exception.

This doesn’t mean there is no fat in the Australian budget. Nor does it mean Labor did not squander some of the mining boom with cash splashes, pink bats, school halls and a Rolls Royce National Broadband Network.

Saying “now is not the time for a rush back to surplus” simply acknowledges three fundamental features of the contemporary economic landscape.

First, the Australian economy is slowing because the unprecedented investment in massive coal, iron ore and natural gas projects – with big spillovers to other, seemingly far-removed sectors such as logistics, IT, banking and law – has peaked. Among other things, this has exposed the incredibly high costs of doing business in Australia, not only on wages but also from great distances and too much regulation. The lower dollar will help in time, but in the short term, below-trend growth and rising unemployment are grim realities confronting the new government.

Second, the end is near for the US Federal Reserve’s “free money” policy of zero interest rates and large scale bond buying. At the same time, the US government is unwinding its post-GFC government spending and public sector employment, while average Americans continue to save more than they are spending.

In the longer term, the US economy looks good, led by the remarkable innovation of shale gas that is lowering energy prices and reviving manufacturing. But in the short term, weaning Australia and the world off unprecedented fiscal and monetary stimulus will be difficult. Just look at the currency carnage in India and other emerging markets as foreign capital heads for the exits like it is 1998.

Finally, the new Chinese government seems hell-bent on resisting the temptation of another infrastructure spending and lending spree. When global demand for Chinese exports tanked in 2009, the government responded with as much stimulus as the US injected at the heart of the financial meltdown. With talk of asset bubbles everywhere and a five-year plan focused on domestic consumption rather than investment and exports, Chinese president Xi Jinping seems determined to engineer a soft landing growth slowdown.

Australian iron ore and coking coal has been a big winner from all the steel needed to build airports, skyscrapers and high speed rail lines overnight in China. It is easy to see how a slowdown in China’s infrastructure spend will have disproportionate adverse effects here too. That is why Kevin Rudd went out of his way to tell us that the China boom is over.

Add to this Europe’s ongoing malaise and the plethora of bad news coming out of the Middle East, and it is clear the world economy is not out of the post-GFC woods just yet.

As both sides in the election campaign agreed, the Australian economy is fundamentally sound and our future is bright. Now is just not the time for a balanced budget crusade. Abbott deserves credit for understanding this fundamental point when he was no doubt under pressure to remain a deficit hawk.