Opinion Trust is not the only deficit

The Abbott government has burnt too much political capital for too little economic gain, writes Geoffrey Garrett. 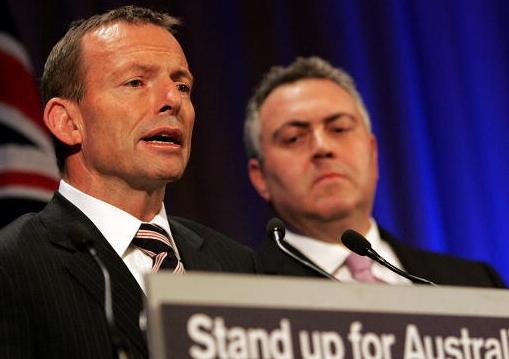 OPINION: This week’s budget was clearly highly political. The question is what its economic impact will be.

My overall assessment is that the Abbott government has burnt too much political capital for too little economic gain.

Abbott is likely to be hoisted on his own petard. He won office by attacking Labor for creating a budget emergency and by focusing on Julia Gillard’s broken promises.

But there is no budget emergency and Abbott’s record of broken promises seems broader and more systematic than Gillard’s slippage from a floating to a fixed carbon price.

The combination of broken promises that hurt the Howard battlers will haunt the government. This means very heavy political sledding for Abbott, particularly tough given how poorly his government did in its first six months and his and his party’s attendant slide in the opinion polls.

Reform is the real casualty

But irrespective of the fate of the government, the biggest casualty is that no one will have any appetite to take on the fundamental structural issues everyone on both sides of politics knows must be on the agenda.

Increase and broaden the GST. Empower or emasculate the states in health and education. Tighten pensions and tax superannuation. Not to mention the across the board deregulation needed to promote innovation, competition and ultimately productivity.

This is really what Joe Hockey’s consistent narrative on ending the age of entitlement is all about. The budget was supposed to be the first step, with relatively small (1%) GDP improvement over the four years of the forward estimates, a signal of more to come in the out years, and a provocation to start a mature political discussion of the really big issues.

Instead the political debate will focus on relatively minor changes in policy inflamed by charges of broken promises.

Doing nothing, we were told, was not an option for Australia. Well, the budget did something. The problem is that it did too much for electoral comfort but too little for structural economic change.

Picking a fight with the states

Take the decision to reverse the Gillard/Rudd commitments on increased funding to the states for health care and education.

Hockey has been in your face to the states in the past 24 hours, telling them health and education are their problem and they should raise their own revenues to fund them.

What Hockey seems to be doing is provoking the states, mostly with fellow traveling centre-right governments, to build the case for increasing the GST — collected in the states for spending in the states.

But the premiers know this is politically radioactive on multiple dimensions. The much safer path for them is to blame Abbott for insufficient funding from the Commonwealth.

The end result will be lots of political pain all around. Poor delivery of key services at the state level. No fundamental tax reform.

There seem to be only two ways the budget won’t have this bad outcome.

Heading for a crisis?

The better alternative, for everybody, is that the Australian economy bounces back very strongly in the next 18 months. Unfortunately, this seems unlikely given that the US Federal Reserve’s commitment to tapering will push up interest rates around the world, with Xi Jingping doing all he can to resist the temptation of another 2009-like stimulus as 7%, not 12%, becomes the new normal for Chinese growth.

The worse alternative, much worse, is a real economic crisis, like that driven by the last real root and branch reform of the Australian economy — the very tough budgets and radical regulation of Paul Keating’s “banana republic” reformism of the mid 1980s.

Australia is fortunately in a much stronger position today than it was then. The ironic downside to this is that the country just doesn’t see a major problem with how the economy is tracking.

The term “too good a crisis to waste” was gallows humour in many western countries in the dark days of 2009. But some did use the crisis fundamentally to restructure their economies. There was no crisis in Australia, just an acceleration in the spending that began in the latter Howard years.

Fast forward to today. Hockey and Abbott did more in the budget than Australia was comfortable with but less than we need. They may end up being political casualties, but in the long run the country will be the real loser.

Why we should look to Germany, not Ireland, for the budget