Opinion Universities are misguided to evade controversy with ‘ethics’

Evaluations of research ethics do not benefit from a tick-box approach, writes Gigi Foster. 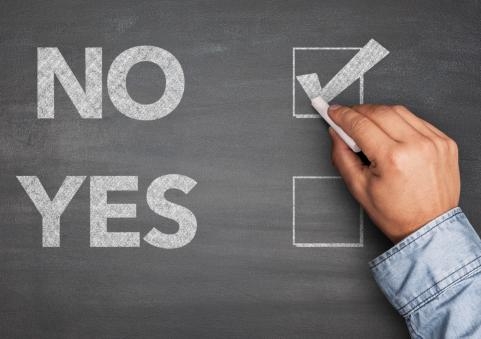 OPINION: Australia’s social science research, like that in most developed countries since the infamous Milgram experiments took place at my alma mater in 1961, occurs under the watchful eye of ethics boards.

University ethics boards assess research involving human subjects against standards, such as the National Statement on Ethical Conduct in Human Research. The standards are guided by the core value of respect for the individual research participant.

This value is of fundamental importance. Yet the recent case of a University of Queensland professor having controversial research suppressed, together with my own experience, makes me question whether this core value is truly what guides our ethics boards and those who appeal to their oversight.

The Queensland case involves Professor Paul Frijters, with whom I have co-authored research.

While the study initially received the all-clear from the relevant research coordinator due to the study being judged low risk, after its politically inconvenient findings came to light, Frijters found himself “victimised” for having conducted the study. Soon after his paper came out, he faced research misconduct charges alleging his research had not had the proper ethical clearance.

According to my review of the public interest disclosure that Frijters submitted to UQ more than six months ago, the way in which the university has pursued these misconduct charges can only be described as poor, opening the university up to questions of misconduct. The University of Queensland declined to comment on the case.

A number of years ago when working at a different institution, I embarked on a project to collect, merge, and analyse administrative data on students held by two Australian universities. These data were also to be merged with survey data, to be collected on the same population. A project like this had not been undertaken before in Australia, and the universities and I worked fairly collaboratively in creating a process for ethics review of the research that was acceptable to all.

After the data had been collected (a three-year process), I released a working paper. Media coverage of my findings about international students cast the involved universities in a negative light. It didn’t take long before I received queries from a middle manager at one of the universities, asking for evidence that my research had ethics clearance. Fortunately, I had bent over backwards to triple-check the ethics plan for the project and secure the required reviews and clearances from the multiple universities involved.

What was troubling was that members of the ethics boards, and particularly those making inquiries after the publication of my politically inconvenient findings, did not seem to have my human subjects' welfare as their first priority. Instead, they seemed more interested in performing tick-box review. They queried obscure aspects of the proposed methods that were of little ethical consequence, such as the offering of a lottery-draw entry to participants to encourage participation in a survey, a method that was initially labelled as potentially “coercive”.

Despite prior plans to keep the data extracts going, the two involved universities backed away from these plans once the media coverage of my paper broke, cutting off the data access that makes this type of research possible. Mine was the first and the last published paper to employ this type of approach to investigate higher education realities in Australia.

The salient facts in both episodes are these:

1) The actual level of risk of stress or other detriment to the research subjects was negligible at most. My research involved the use of anonymised unit-record data already stored by universities, together with the request that people fill out questionnaires (a request that they were free to decline). Frijters' research involved presenting bus drivers with a situation they encountered regularly in the course of daily working life. No human subject in either study could be more than negligibly inconvenienced by the collection of these data.

2) The research aimed to, and did, reveal hidden and arguably important realities about Australian society. Those who care about our society would want to know these findings.

3) Concerns supposedly about human research ethics clearances newly arose after it became clear the findings were politically inconvenient for the universities involved.

4) The data collection and research approaches used constitute international best-practice in the field of economics. My research involved econometric estimation of social effects using a large sample of student data, just as is done in papers I and others have published in top international economics journals, using similar data from American universities. Frijters' conducted observational research on ordinary, everyday behaviour, a method used in research regularly published by social scientists in top international journals.

Given the evidence, I submit that ethical research can be hindered rather than encouraged by universities in this country, particularly when that research targets a hot-button issue. In these cases, the very ethics infrastructure that has been put in place supposedly to ensure that ethical standards are upheld in research has been used as a weapon to suppress ethical research.

This situation imperils our country’s ability both to understand itself, and to compete at the international level in social science. Human research ethics processes exist to protect people - not to save the face of organisations.

Gigi Foster is an Associate Professor at the UNSW Business School.

How economics lost its identity in Australia, and how to get it back

Economics: What’s love got to do with it?