Opinion Is the US economy on the road to recovery?

Changes to fundamentals in the US economy are important and positive, not in the least the shale gas revolutuon that is making America a re-emergent manufacturing power, says Geoffrey Garrett. 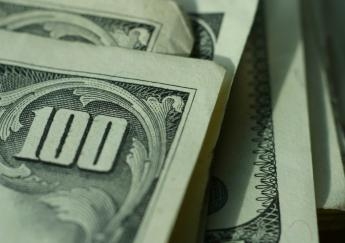 ANALYSIS: New figures released from the Bureau of Economic Analysis show it has grown by an annualised rate of 1.7% in the third quarter, modestly above expectations.

The IMF’s recent annual report on the US economy has also gave it a cautious tick of approval, although it warns it continues to face substantial headwinds.

The release of the BEA figures come as a two day policy-makers meeting of the US Federal Reserve closed without giving the markets a firm indication of when it might begin pulling back on its quantitative easing program.

According to Dean of the Australian School of Business, Geoffrey Garrett, the crucial question is whether this recent improvement reflects renewed underlying strength in the American economy, or whether it is tethered to the Fed’s QE program amounting to “free money”.

But US manufacturing is undergoing a “renaissance” driven by low labour costs and the US fracking revolution. Can Australia’s manufacturing sector emulate this?

Geoffrey Garrett: There are some changes to the fundamentals in the US economy that are important and positive. In addition to very strong equity valuations on the Dow Jones, we have have a long overdue housing recovery in the last 12 months, with prices up about 10%. Prices dropped 30-40% price drops in 2006, and then stayed flat for 6 years, so that’s good news.

Secondly, also good news manufacturing is recovering a bit in America, probably due above all to cheaper energy, particularly lower natural gas prices as a result of the shale gas revolution in the US.

The third thing, I think, is that labour costs in the US are really quite low by international standards and have remained low, following the financial crisis.

Do you look at cheap labour as a positive or a negative. The positive is that costs are low, the negative is that unemployment in the US remains stubbornly high. It’s now sitting still above 7.5%, it’s not coming down any time soon and this is actually a big, new deal in the US.

In the past, the US has had temporary bouts of high unemployment, but it has typically declined dramatically back to under 5% or so.

Now it looks like in the longer term, unemployment rates above 7% in the US are going to be the norm – more European-style, long-term unemployment particularly among young Americans – and that’s very worrying. The labour market is just much weaker in the US than it has been in the past. That might be good for business but I think it creates some real social concerns in the country.

The Conversation: The IMF talks about a US manufacturing renaissance – what are your thoughts?

GG: This would have seemed unthinkable a few years ago. The story in the US was a secular decline in manufacturing, with production moving offshore to lower labour cost environments, like China. Why would there be a return to manufacturing in the US and also in other locations closer to the US than China, for example Mexico?

I think the big story is that the US going from being a large energy importer, dependent on high-priced foreign energy, to an energy self-sufficient country with relatively low domestic prices. And the lowest price of all is American domestic gas, which is now the dominant source of power generation.

Why would US gas be so cheap? It’s because of shale gas revolution, fracking to release natural gas as well as some oil from well below the surface. It’s just being a remarkable phenomenon, remarkable new innovation in the American economy in the last 5 years. When we think innovation, we tend to think Silicon Valley or Wall Street. The shale gas story is at least as impressive.

There isn’t really a world price for gas, because it isn’t traded freely like oil. Nonetheless, if you just at different natural gas prices around the world, it’s much cheaper in the US now that almost anywhere else, certainly anywhere else in the Western world or in East Asia.

Low energy prices coupled with the lower labour costs that we were talking about before, and what has been a weak US dollar for most of the past five years, has made the US paradoxically or ironically or implausibly, a re-emergent manufacturing power.

TC: So what Australia can learn from this? Can we emulate the US?

GG: There are three issues; I’ll talk about them in turn. First, a declining Australian dollar is clearly good for Australia; the only people who lose are those of us who like taking cheap holidays or buying expensive French wine. The only circumstance in which a lower dollar could be bad is if the dollar went into a tailspin where it was panic-sold by the markets that had lost confidence in Australia. There’s just no evidence of that. So the continuation of a gradual decline we’ve seen from 1.05 US to 92 US cents in a couple of months would be really good for Australia. However, we probably won’t see the positive impact for a year or so.

The second issue is labour costs. Australia has not only a more developed welfare state than the US, but obviously a lot more employment protections and labour market regulation as well. There is no appetite in Australia to change that, to become more American.

WorkChoices were cataclysmic in Australia; in America they’d just be considered normal – “well, of course you do labour relations that way”. I don’t see, irrespective of who wins the next election, any fundamental change when it comes to industrial relations.

The third issue is energy prices and this is an interesting one. Because of all the massive investments in natural gas, Australia is going to become the world’s largest natural gas exporter in the next five years, surpassing Qatar.

Some people say, well why don’t we do what the Americans do and reserve some of our gas to be piped back into the Australian market at a lower price? I don’t think that will happen for two reasons. Firstly, all the investments in Australia have been designed for export markets, not for domestic consumption.

With the two biggest extant export markets being South Korea and Japan, the prospect of Chinese demand for our natural gas will only add to that.

Projects such as Gorgon in Western Australia and the coal seam gas around Gladstone in Queensland are all earmarked for export, so it would be enormous change in mind-set and logistics to pipe the new gas into the Australian market.

The second thing to say about that is that domestic gas supply is much more localised than anything else; it relies on pipelines. And most of manufacturing Australia is in the south east of the country, in NSW and Victoria and you just can’t get the gas from northern Queensland and northwest Western Australia very easily into Sydney and Melbourne.

I just don’t see how the US cheap-energy based manufacturing renaissance can be easily emulated in Australia.

This interview was first published in The Conversation.

US interest rates: time for a change or steady as it goes?