Is Asia on the edge of a major power confrontation that could lead to another world war, asks Geoffrey Garrett. 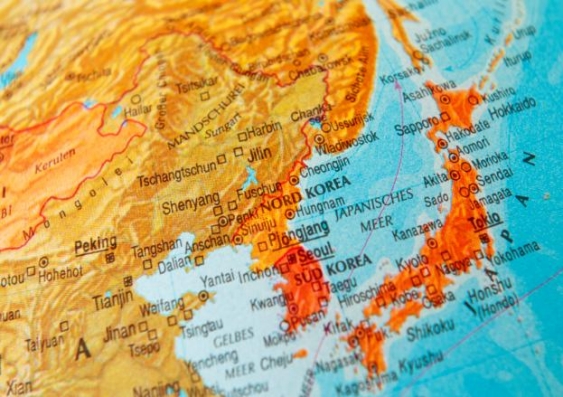 OPINION: Is Asia on the edge of a major power confrontation that could lead to another world war?

Like China and Japan today, Britain and Germany then were bound by large and mutually beneficial economic links. But win-win economic relations were not enough to stop the continent's major powers descending into cataclysmic war.

With rising Sino-Japanese tensions in the East China Sea amid still-raw historical animosities, is Asia on the edge of a major power confrontation that would inevitably suck other countries into a global war?

Military strategists around the world are taking the risks very seriously, as they must.

Nonetheless, this nightmare scenario remains highly unlikely. One reason for this is the transformation of America's global role over the past century.

Put simply, the United States has the power and the interest to reduce the risk of war breaking out between China and Japan dramatically. It also has the ability to isolate and minimise the consequences of any armed conflict should it ever occur.

Like pre-war Britain and Germany, the fact that China and Japan are joined at the economic hip has not quelled high and rising tensions between the world's second and third biggest economies.

But the global picture is completely different today. Most of this has to do with the power and position of the US.

In 1914, the US was an emerging economy three decades from global dominance. At least as important, America was a largely isolationist power that viewed internecine European wars as far beyond its concern.

Over a century after the Revolutionary War, the bonds between Britain and the US had grown very strong. But no one was under any illusion that the US would immediately fight on Britain's side. It clearly would not.

No surprise then that America sat idly on the sidelines of World War I until 1917. This was despite worries about a German invasion of the US from Mexico, and the German sinking of an American ship in the Atlantic.

Also note that economic connections between America and Germany were minimal. The two were rival agricultural powers that had begun developing what would soon be awesome manufacturing might.

But they were doing so in splendid isolation. America's economy did not depend on Germany, nor vice versa.

The US was simply disinterested in Europe. The contrast with America and East Asia today could not be greater.

The hurdle to US boots on the ground in the Middle East today is much higher than it was a decade ago. But President Barack Obama's "rebalance" towards Asia is very real.

Japan is one of America's key allies - with a large, enduring and highly strategic US military footprint on Japanese soil. The US-Japan alliance would inevitably mean that the US would fight to defend Japan should it be attacked.

First, the US is not sitting idly by as Sino-Japanese tensions rise. America's dominant and overpowering interest is in ensuring that armed conflict does not break out, and it is throwing all its diplomatic might behind this effort.

This does not mean that shots - most likely accidental or unintended - will never be fired across the East China Sea. But if the armed conflict occurs, the US will do everything in its power to ensure that the conflict is quickly defused and does not spread.

Second, the real game-changer is the US-China economic relationship. Everyone knows about the strategic competition between the world's top power and the only country that could take its perch.

America is China's No.1 market, helping to lift hundreds of millions of Chinese out of rural poverty. Chinese government purchases of American Treasury bills keep US interest rates low and the recovery from the global financial crisis strengthening.

For American multinational firms as diverse as Apple, General Motors and Walmart, China is not only their biggest supplier, but also their biggest and fastest growing market. China, in turn, welcomes their presence because this gives aspiring Chinese global companies the invaluable chance to learn from and mimic the best.

A war between China and Japan is simply unthinkable for America, and it has the power in Beijing and Tokyo to make it highly implausible, if not impossible.

Mr Abe was narrowly right to draw parallels between the China-Japan relationship today and relations between Britain and Germany in 1914. European economic ties did not stop World War I. But Japan's Prime Minister missed the bigger and more important story at Davos.

A century ago, the US was an emerging power happy to sit on the sidelines of European conflict. Today, it is completely enmeshed in East Asia.

And that is the best possible news for regional, and global, peace and security.

This opinion piece was first published in the Straits Times.