Paul Keating had political skill and intuitive economic thinking, but was that enough to make him a great treasurer, asks Richard Holden. 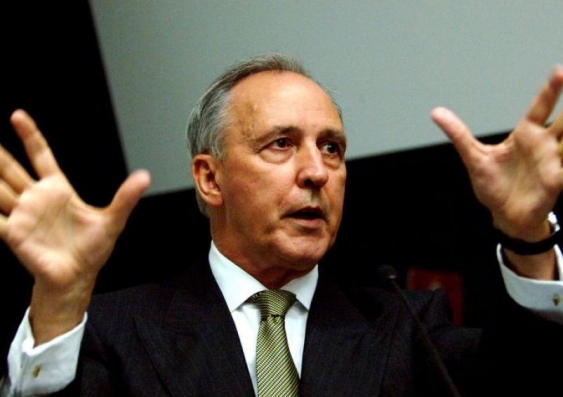 OPINION: Paul Keating was once described as the "world's greatest treasurer" and last night's interview suggests he has not wavered in his own assessment of his legacy. But what, in fact, makes a great treasurer?

It's tempting to think that good economic instincts are the key. And Keating had great economic instincts. He had an intuitive grasp of the importance of market-oriented economic policy, particularly for a small open economy like Australia. He understood that a strong social safety net could only be sustained on the back of a strong economy. And he realized that heavy regulation and high tariffs benefited capital and hurt workers.

These instincts helped bring to Australia a tidal wave of economic modernisation from the mid 1980s: a floated dollar, deregulated banking system, the end of centralized wage-fixing, the privatization of the Commonwealth Bank and Qantas, and the beginnings of Reserve Bank independence.

But economic instincts alone are not sufficient. Keating was a formidable politician - skills most evident during his tenure as Prime Minister - but they were no less important in pulling off his remarkable collection of economic reforms as Treasurer.

In 1983 when Keating became Treasurer, before he could set a legislative agenda, he had to convince the right and the left of his own party to get behind his ambitious, pro-market economic agenda. No small task. As he said in interviews with Kerry O'Brien for the new ABC series Keating, when he first arrived in federal parliament the Left and Right were so divided they would rather drink with the Liberal members than each other.

Keating's inability to implement a goods and services tax, or "consumption tax", is perhaps the largest perceived stain on his economic legacy. Of course, it was Bob Hawke - the man Keating called "the envious little bastard" in margin notes in 1985 - who scuppered Keating's early push for a consumption tax.

Despite being on record in a draft 1985 white paper as saying a consumption tax was a good idea, he pummelled then Opposition leader John Hewson by opposing one, in the form of the GST during the 1993 election campaign. Like all economists, I think the GST was a crucial reform in broadening the tax base and allowing for lower, less distorting income tax rates. Serious credit is due to Keating's bête noir, John Howard, for having the courage to run for re-election on the GST in 1998, and win.

It is tempting then, to judge Keating rather harshly for seeming political expedience in his anti-GST Hewson takedown. However, it was the same sort of political savvy and execution that allowed Keating to pull off a remarkable economic reform agenda in the 1980s. He had to simultaneously convince his own caucus, some nervous and sceptical elements of the business community, the Commonwealth bureaucracy, and the voters. That took great political acumen.

Several other Treasurers have suffered from a weakness in one of these traits.

Peter Costello? He perhaps comes as close to Keating on both counts. But more on economics than politics. It's hard to imagine him finalizing Reserve Bank independence, balancing budgets and pushing through more privatization without both the benefit of Howard's political umbrella, and Keating's economic legacy. I would rank him very, very good. But not great.

Great Treasurers need to be intuitive economic thinkers, to be sure. But they need to be great politicians, too. Keating was both. And that explains how he transformed the Australian economy in a remarkable and lasting fashion. And also why the one other significant economic reform of the last 30 years, the GST, eluded him.

But we should forgive Keating his GST inconsistency. The desire to implement one was driven by his economic genius, and the willingness to denounce it by his political genius. And without both of those things the Australian economy would not have undergone the revolution it did, that benefits us all to this day.

Was he a great Treasurer? That's a bit like asking whether Jack Nicklaus was a great golfer, or Margaret Court or Rod Laver great tennis players. They set the benchmark. They define the term. Of course he was.

Richard Holden is a Professor of Economics in the Australian School of Business, UNSW.

Why cash incentives aren’t a good idea in education