Opinion We are at population tipping point 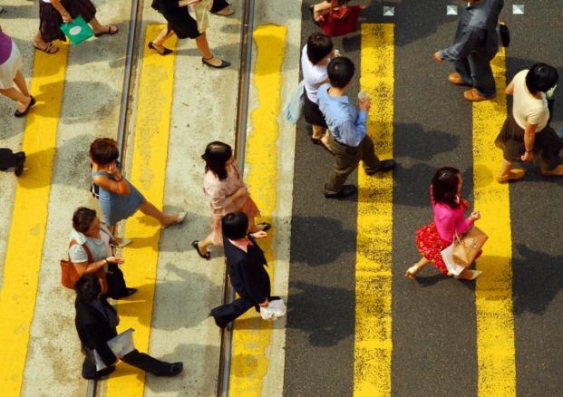 OPINION: The past month has seen a small whirlwind of publications and data releases on demographic change. There was the Productivity Commission’s well- researched paper An Ageing Australia; new data and projections from the Australian Bureau of Statistics indicating longer lifespans (again); a paper from the National Seniors Productive Ageing Centre on the financial benefits of delaying retirement; and a paper from the Grattan Institute calling for further pension age increases.

They support the idea that we are living longer – one of humanity’s triumphs. But it brings with it the need to adjust institutions and policy to accommodate a changing demographic structure.

Demography gets much less attention from economists than it ought. Population ageing dynamics generate changed government outlays and economic growth patterns. Take the idea of a demographic dividend – a period when low fertility and still evolving late-life longevity mean that the working age population makes up an unusually large proportion of the total. A buoyant labour market and limited calls on government outlays to support education and retirement transfers mean governments sometimes reduce taxes and neglect pension access age.

Then there’s a flip point, and within a few decades the picture is entirely reversed. Social support structures require more government expenditures and the labour tax base shrinks relative to GDP. Japan’s demographic dividend flipped in the mid-90s and that country has been economically challenged ever since. We’re now experiencing Australia’s flip point – the population share of those aged 15 to 64 peaked in 2009.

There is still time

This trend to a longer life and an older population will continue. What can policymakers do?

Well, plan. This will be an inexorable change for Australia, as elsewhere, but it will take a while. We can start to change policy now.

People are already working longer than they were (though not as long as they did 40 years ago). One of the most important levers to encourage older people to remain in the workforce is to increase pension access age. The superannuation access age need not be the same, but it shouldn’t be far off. At the moment, there is a five-year gap between tax-free superannuation payout and age pension age. It would be good not to increase that gap. The increase in age pension age to 67 by 2023 is what the Netherlands has done. It also added an automatic link between access age and life expectancy to take effect in the future. This helps to distance politics from the access age adjustment.

More imaginative retirement products, and the market and regulatory structures to support them, would help – a topic for the Murray inquiry into financial services.Policies aimed at delivering more aged care in the home and community will also be important, not just because that’s what people want, but also because it is less expensive.

And then there’s the revenue requirement. Tax as a proportion of GDP will have to increase to maintain the age pension and health services at their current levels. But baby boomers’ greater demands and expectations will mean services are likely to cost more, even on a per-user basis. The aged care policy framework is a good example, as was recognised in the Productivity Commission’s latest costing.

Tax policy needs to take this into account. For my money, some increase in consumption taxes seems inevitable. It is less distortionary than most other taxes, it reaches the retired as well as workers and is therefore robust to changing ratios of retirees to workers, and the poorest in the community are largely protected because they tend to rely on government transfers which are indexed.

Whatever mix is chosen, planning can start now. The government’s proposed white paper on taxation would be a good place to start. Australia is ageing but still relatively young, with some sustainable age-related structures already in place. We need to keep that up.

Professor John Piggott is Director of the ARC Centre of Excellence in Population Ageing Research at UNSW's Australian School of Business.