Aside from the occasional controversy, most businesses find Indonesia quite accessible, writes Tim Harcourt. 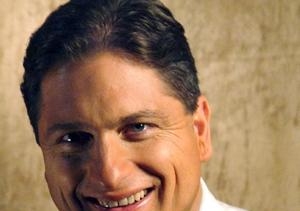 OPINION: A recent visit by a pop icon demonstrates the vast cultural diversity of the region we simply lump together as Asia, despite its amazing mix of ethnicities and cultures.

When Lady Gaga visited Japan, she was the first high-profile foreign female to visit the country after the twin natural disasters of the earthquake and the tsunami.

Her visit was considered a morale booster for a grieving Japanese public in the aftermath of the disasters that shook the community. In fact, Australian Prime Minister Julia Gillard also visited Japan after the disasters, the first foreign head of government to spend time there (then French president Nicolas Sarkozy touched down only briefly).

But Jakarta is not Japan. In Indonesia, Lady Gaga was gagged and concerts cancelled. Is this surge of political nationalism related to the upcoming elections and parties jockeying for position?

Foreign observers of Indonesian politics say it wasn't anything to do with elections, more the need to respect the values and mores of the world's largest Muslim population. And in any case many touring acts come through Indonesia and the rest of south-east Asia without incident.

But political nationalism is one thing. What about economic nationalism? With elections coming up, Indonesia is no different than any democracy with parties calling for tariff changes and protection of local industry.

This is important for the Australia-Indonesian economic relationship, given our strong trade and investment links.

The importance of bilateral ties was highlighted at the Australian Alumni Awards in Indonesia, attended by many Indonesian business and political figures who are Australian-educated and very close to Australia.

In fact, the awards were at the time of the live sheep issue controversy on ABC TV's Four Corners, and one of Indonesia's most notable Australian alumni was the Vice-Minister for Finance, formerly Trade, Mahendra Siregar, who went to Monash University.

The Vice-Minister was gracious in his remarks, but there was plenty of tension in the room, and it took a skilled and professional performance by Australia's ambassador to Jakarta, Greg Moriarty, to steer through the issue.

Despite the headlines on Lady Gaga and live sheep, most Australian businesses in the country have found Indonesia to be quite accessible, with a prosperous growth story to tell despite the political and economic challenges of dealing with such a massive population on a diverse archipelago.

In financial services, for example, the ANZ bank in Indonesia has expanded from "two to 28 branches in four years, which would be harder to do in alternative markets like China and India", according to the bank's local chief executive, Joseph Abraham. He describes Indonesia as "a good growth story with high rates of return, estimated to be around 30 per cent higher on average than other markets".

The president director of Leighton in Jakarta, Justin Coiling, agrees. "Rates of return are healthy in Indonesia. There are risks, but you must understand the risks and put a value on it," he explains.

The Leighton operations he oversees are 80 per cent mining, but it is also building crucial rail and road infrastructure. Colling does refer to changing governance but says: "Regulations change a lot and are a challenge, but they can be managed effectively and the negative aspects minimised."

He points to high education levels as important to business practice in Indonesia.

"Many of our Indonesian staff are Australian-educated and/or trained in Australia. For managers, the international schools in Jakarta are excellent, including the Australian and New Zealand schools."

Another Australian executive in Indonesia, Greg Patching of Orica, also regards the education relationship between Australia and Indonesia as crucial to Orica's expansion in Indonesia.

"We regularly send Indonesian staff to Australia for technical and cross-cultural career development. They learn a lot there and we certainly learn a lot from them as a result."

Patching, a Fremantle Dockers supporter and currently on the playing list of the Jakarta Bintangs Australian Rules Football Club (a notable fixture of the club was the late Australian trade diplomat Craig Senger), says: "Life does have its moments in Indonesia, but it's nothing like the hardship of following Fremantle."

Speaking of football, another Australian business figure in the region, Andrew Glynn of Agspec Asia, has forged a partnership with the Liverpool Football Club's International Football Academy Soccer School to bring sport and recreation to rural Indonesia.

Together with the Liverpool PC, Agspec has set up a community program for poor farm children in west Java. According to Glynn, "I grew up in rural South Australia, near Mount Gambier, so I wanted to do something for farm kids here in Indonesia who really do do it tough. The generosity of [Liverpool's] mighty reds is making it possible for these kids to reach their potential" Liverpool legend Bill Shankly would be proud.

So Lady Gaga is not in Indonesia, but Liverpool is, along with many Australian businesses. Given it is still only a decade on from the Asian crisis of 1997-99 which saw IMF intervention and real problems for the nation, Indonesia has performed solidly.

Indeed, with its new-found robust democracy and economic growth rates, Indonesia continues to surprise on the upside. But cultural sensitivity still matters in the world's largest Muslim nation.

Probably the only thing Lady Gaga had to do to succeed in Indonesia, which should not have been too much of an effort, was to put on some pants.

This opinion piece first appeared in The Australian Financial Review.

A day in the top job