Opinion Why Abbott is right to abandon surplus promise

Tony Abbott’s about-face on delivering a surplus in his first term is smart politics and good policy, writes Geoffrey Garrett. 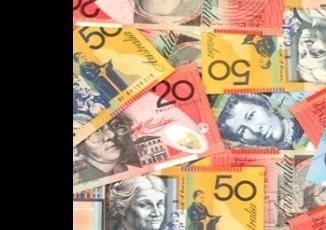 OPINION: After beating up Kevin Rudd and Labor over debt and deficits for years, Tony Abbott has now dumped any return to surplus mantra, merely saying a Coalition government would beat Labor’s bottom line over the next few years.

This about-face is smart politics and good policy. Rudd’s “cut to the bone” critique makes it hard to attack the Coalition for not balancing the budget.

Behind closed doors, Abbott and Rudd probably agree that with Australian unemployment rising and Xi Jinping and Ben Bernanke both taking their feet off the accelerator at the same time, now is not the time to bring a David Cameron-style austerity regime downunder.

Austerity didn’t work for Britain when China and the US were pumping up their economies. With both now in fiscal and monetary retreat, the notion of austerity-led recovery in Australia next year is fanciful.

Instead, Abbott is betting his company, carbon and mining tax cuts will revive the economy and generate more revenue, 1980s Reaganomics-style. Unlike most western countries, Australia can afford to follow the Reagan playbook.

When it comes to debt and deficit, Australia isn’t Greece. It isn’t even Canada, Germany or Switzerland, three apparent western paragons of post-GFC virtue.

Understanding Australia’s public debt position requires more nuance than the sound bite-driven political point scoring that all too often masquerades as serious policy analysis. But the importance of getting the debt picture right justifies a deep dive into the statistics.

The problem is there is evidence to support both positions. As the old saying goes, there are lies, damn lies and then there are statistics.

But once you go through all the statistics, one thing seems clear: now is not the time to focus on bringing the budget back to surplus.

The International Monetary Fund’s Fiscal Monitor is the government debt bible. Its statistic of choice is gross general public debt, the total amount of money all levels of government have borrowed and have eventually to pay back, expressed as a percentage of GDP so as to make comparisons among countries meaningful.

Australian gross public debt will be 27.6% of GDP by the end of this year. This is the second lowest among the 30 advanced economies monitored by the IMF, above only tiny Estonia. Fully two-thirds of the advanced countries the IMF monitors have gross public debt more than twice as large as Australia’s.

Germany is the best performer among the large G8 economies. Its 2013 gross public debt is slated at 80.4% of GDP, almost three times Australia’s. The comparable figures for the UK and the US are 93.6% and 108.1%. Japan’s gross public debt will be a stratospheric 245.4%.

So Rudd is right that Australia today is a very low public debt country.

But the Coalition says it was the Howard government that put Australia in this enviable position, a position that Labor has subsequently let deteriorate. They are spot on.

Australian gross public debt was 10% of GDP in 2006, the last full year of the Howard government. Again, Australia was only beaten by ever-abstemious Estonia.

The key question concerns how Australia has fared since 2006, and what this means for the future. When Hockey lambasts Labor for its debt blow-out, he is referring to proportionate growth in Australian gross public debt.

The IMF estimates Australian debt has grown by 176% since 2006. Put differently, Australian debt has almost trebled in the past seven years. And on this measure only two countries, Iceland and Ireland, have performed worse — and both were devastated by the GFC.

The US’s post-GFC stimulus is legendary, but its gross public debt has “only” grown by 64% since 2006 and this year, three times better than Australia’s performance. But this “better” is a product of the fact that the US started with much more public debt

Things look very different if we simply look at the increase in debt as a percentage of GDP. On this measure Australia’s debt situation has weakened from 10% in 2006 to 27.6% this year. Put differently, our debt has grown by 17.6% of GDP.

Did Australia need an “average” level of fiscal stimulus after the GFC? Has this stimulus been productive or wasted? The Coalition is probably right that Labor did too much and some wasn’t very effective. Labor is probably right it was better to do too much than too little in the eye of the GFC storm.

The IMF estimates that by 2018, based on Labor’s plans, Australian public debt will be back under 20% of GDP — still second behind Estonia, and compared with around 100% in both the US and UK. If we are to believe Tony Abbott, the Australian number will be smaller under a coalition government.

Australia is not in a fiscal crisis and its economy is slowing. Few would have thought that Tony Abbott would respond by going soft on deficits. But he is right to do so, and it seems voters will agree on 7 September.