Opinion Why the Liberal leadership crisis is like a bank run

The nation has been transfixed by the crisis over the Liberal leadership and hence prime ministership since Australia Day, write Tim Harcourt and Richard Holden. 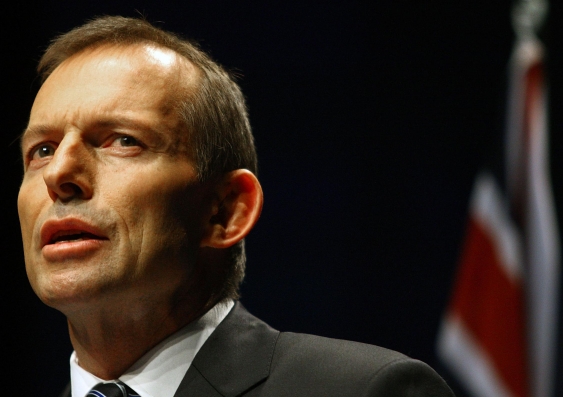 OPINION: The nation has been transfixed by the crisis over the Liberal leadership and hence prime ministership since Australia Day.

But how can a seemingly innocuous - although anachronistic - granting of a knighthood to Prince Phillip lead to a run on the top job in the nation?

Politicians want to be on the winning side. Just ask Wayne Swan how much fun it is to have backed a losing horse.

They say economists shouldn't comment on politics and vice versa but the political crisis in Canberra is not unlike a run on a bank. Once a rumour starts and gains momentum it can cause people to withdraw their funds from a bank, just like MPs withdraw their support from a prime minister.

And it doesn't matter how many official denials occur - when it's on, it's on. It's not just a creature of the twitterverse – the "electronic graffiti" of social media, as Tony Abbott put – it has real, underlying fundamentals.

The key to understanding bank runs is that banks lend money and can't get it back on short notice. So there isn't enough to pay back everyone if all depositors show up demanding their money.  If everyone wants their money back at the same time there is a big problem.

And it can be a self-fulfilling prophecy. If I think you're going to take your money out, I want to get mine out before the bank becomes insolvent. That reinforces the logic of you wanting to withdraw and so reinforces what one of us has referred to as "the expectations death spiral".

So, too, it is with political runs. Politicians want to be on the winning side. Just ask Wayne Swan how much fun it is to have backed a losing horse. So if there's a whiff of trouble, either nothing happens, or people start wondering if others will challenge, which causes such a challenge to be more credible, which means that others start to waiver. And pretty soon, as they say in show business, "boom goes the dynamite".

The thing that is fundamentally the same about runs on banks and political leadership is that it's not just what players believe that matters. It's also what they believe others believe, and so on. Or you could borrow economics jargon and say: "Yes, political leadership contests are really just global games with multiple equilibria. It's all about higher-order beliefs, you see."

Of course, the Labor Party is familiar with this sort of thing, as the Rudd-Gillard-Rudd shenanigans highlighted. The ALP often used to leave its leaders in too long -Victorian Opposition Leader Clyde Holding once said he had had two losing elections but "Labor always gives their leaders three goes". But in the modern era they perhaps sack them too quickly.

The ALP, ironically under Kevin Rudd, changed the rules to stop the "revolving door" of Labor leaders - a term used by former leader Simon Crean, who didn't get the opportunity to fight an election. Now there's a 50:50 allocation between party members and MPs to decide the leadership - Bill Shorten beat Anthony Albanese the first time this new system was used. More importantly, it takes 60 per cent of caucus to sign a petition to remove an incumbent Labor leader and 75 per cent to remove a Labor prime minister.

This works a bit like bank deposit insurance. The idea there is that bank accounts, up to a certain amount, are guaranteed by the government in the event a bank fails. That means even if I fear that others will withdraw, there is no reason for me to withdraw. And since everyone knows this, and knows that everyone knows this, a bank run cannot get started.

The supermajority requirement the ALP has introduced stops political runs getting started, except in extreme circumstances. If the Liberal Party had the same rules as Labor,  Tuesday's spill motion would take 77 of 102 votes to get up. Given the uncertainty about the 52 votes needed under Liberal rules it's hard to believe they would get to 77.

And the fact it would be so hard would deter MPs trying to stir up a ballot. The strong default would be that the PM would be on the winning side, so why risk retaliation for a tiny chance of success?

On Tuesday our bank deposits will be safe because of the deposit insurance introduced - far too late in Australian economic history, by the way - in 2008 by the Labor government. But the current Prime Minister may fall victim to a political run.

Richard Holden is Professor of Economics and Tim Harcourt is the JW Nevile Fellow in Economics at the UNSW Business School.