The most regressive outcome would be to leave the Australian tax system just as it is, writes Richard Holden. 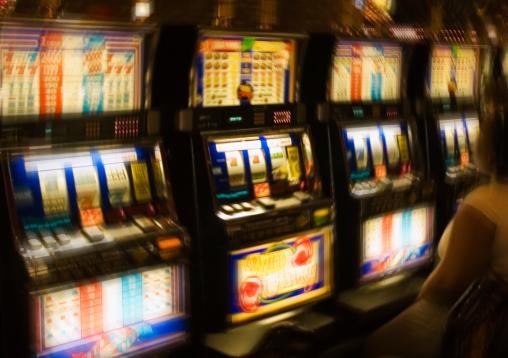 OPINION: In the year ahead there will be a national discussion about the ­future of our taxation system. It will have important implications for economic growth and social policy. The discussion will only be productive if all options are on the table, and if participants don’t ­resort to what Robert Kennedy called “obsolete dogmas and outworn slogans”.

The quintessential such move in tax discussions is to label a change “regressive”. Raising the rate or broadening the base of the GST is regressive. Increasing the top marginal rate isn’t.

Case closed? Not so fast. To properly assess any tax proposal it’s vital to examine where we are now, and where we are heading.

And income taxes are just one component of the broader taxation-benefit system. There are other taxes and benefits designed to redistribute income, such as the Family Tax Benefit, the Schoolkids Bonus and the aged pension. Then there’s a range of ostensibly free services such as healthcare. Finally, there are other taxes, such as the GST. The ABS estimates that when all of this is factored in, only the top fifth of households ranked by income pay any net tax. This makes Australia’s taxation-benefit system among the most progressive in the world.

I’m for this. It’s part of what makes Australia a great country. But it can only continue if the system produces enough revenue. That’s what the debate will be about: how to maintain progressivity by taxing in the right way.

One deeply regressive thing that can happen to income taxes is bracket creep — where the dollar cut-offs for marginal tax rates do not keep pace with rising incomes. This pushes lower-income earners into higher and higher tax brackets. Those earning a very modest $40,000 a year are forecast to pay a quarter more tax in just four years’ time because of the fixed cut-offs. By contrast, those earning $200,000 a year would face a less than 2 per cent increase in their tax bill. That’s the epitome of a regressive change in taxation.

Yet perhaps the most regressive part of the whole system is the reliance of many states on poker-machine and other gambling taxes. The NSW and Victorian governments get roughly 10 per cent of their revenues from gambling taxes — pokies accounting for about two-thirds of that. This is staggering, and provides horrible incentives to pander to special interests (that means you, Australian Hotels Association).

But much, much worse is the impact that what might be the most widely available gambling in the world has on lower-income earners. It is estimated that as many as half a million Australians are problem gamblers — each losing about $21,000 per annum. For three-quarters of them, poker ­machines are the cause; and lower socio-economic groups are vastly over-represented.

State governments have to pay for schools and hospitals. They need revenue, and they can’t tax incomes. So I understand why they resort to moribund, distorting, socially destructive taxes like pokies and stamp duty. But from a system-design perspective it makes no sense to deprive states of the revenues required to fund their mandates and then stand idly by while they use the worst kinds of taxes. To paraphrase Steve Jobs, it is “insanely stupid”.

Our tax system needs to be reworked to provide the right incentives, to grow the economic pie, and to redistribute money to the less well off. To keep Australia’s taxation-benefit system truly progressive means thinking about it holistically. Dogmatically invoking the “R-word”? Refusing to change one component to fix the system? Now that’s regressive.