If Abbott fails to hold on to leadership, history will record it was economics that did him in, writes Richard Holden. 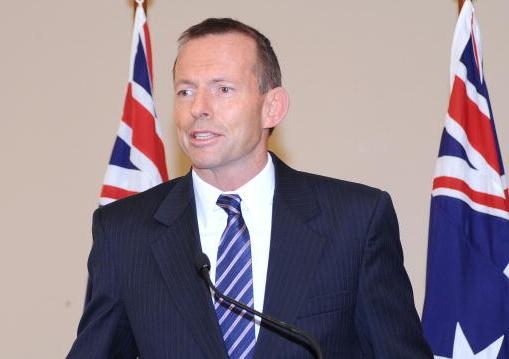 OPINION: The great American baseball player, Yogi Berra was reportedly once asked by his exasperated high school teacher: "Don't you know anything?" He replied: "I don't even suspect anything." Clever.

I have always feared that, for Tony Abbott, his grasp of economics can be similarly described, but without the witty repartee. It's not beyond him, but he doesn't seem to care. It's pretty obvious that he doesn't know much about economics. But that's OK, I'm not sure Bob Hawke did either, and he presided over some of the greatest economic changes in Australia's history. It's the fact that Mr Abbott doesn't "suspect" anything, either, that might be his downfall.

Economics, for Abbott, is boring. According to people who know him well, he has no interest in the subject whatsoever. The funny thing is that people who knew Gough Whitlam well say strikingly similar things. He didn't care about economics either.

Abbott moralises about matters economic. Debt is bad because of interest payments; companies should not get "corporate welfare"; we must live with our means.

I agree with several of the policy implications, but not because of morals, because of economics. Government shouldn't subsidise bad car manufacturers because that's a lousy way to try to create jobs. Government shouldn't spend more than it earns except to stimulate the economy in very rare crisis moments. Debt is fine if it's used for productive investment, but terrible if used for recurrent expenditure.

Abbott and Whitlam both became prime minister in difficult and new economic times. For Whitlam it was "stagflation": oil shocks, inflation, and the breakdown of the view that a treasury department could steeran economy like it was a remote-control car. For Abbott it is "secular stagnation". Former US treasury secretary Larry Summers described it, aptly, this way: "In sum, I would suggest to you that the record of industrial countries over the last 15 years is profoundly discouraging as to the prospect of maintaining substantial growth with financial stability…changes in the structure of the economy have led to a significant shift in the natural balance between savings and investment, causing a decline in the equilibrium or normal real rate of interest that is associated with full employment."

Whitlam failed, in no small part, because of his disregard for economics and his disrespect for the power of economic forces. Abbott is currently falling into the same trap. And if he doesn't mend his ways, fast, he'll end up in the uncomfortable place that Whitlam did – a casualty of economic forces.

Abbott is a likeable prime minister. He seems to have a greater love of this country than any political leader in my lifetime. He's a good Burkean: cautious, prudent, and appropriately sceptical of what government can achieve, but not contemptuous of government and the role it can play. He's someone I would trust to take the "3am phone-call".

But a good deal of what we need now is someone who can help us navigate the pressures of: an ageing population, a tapering mining boom, and a relentless increase in global economic connectedness. All of that means that, as things stand, government expenditures will grow at a much greater rate than government revenues will. And that structural deficit problem, unchecked, will destroy the Australian social bargain.

This means that old-style tax bases are not up to the task. The stuff government does costs a lot more every year: medical technology gets better but more expensive, wage growth for skilled people is above inflation, the pool of people we provide benefits to is growing.

If Abbott does fail to hold on to the leadership I have little doubt that history will record it was economics that did him in. And if he succeeds, I suspect it will be because he finally persuaded Australians that if government expenses grow faster than government income for too long then disaster occurs. Economics 101.

Abbott explains that fact roughly like this: "We can't pay ourselves more than we earn and piling up debt today is intergenerational theft."

I'd put it like this. "If tax receipts continue to grow at 3 per cent a year and government expenditures continue to grow at 7 per cent a year then in five years our debt will be 'x' per cent of GDP, in 10 years our debt will be 'y' per cent of GDP, and in 20 years it will be 'z' per cent of GDP". Or perhaps like this, to summarise: "Today we're Australia, and we will be tomorrow. But if we don't change our spending and taxing habits then basic arithmetic says that in five years we'll be the US, in 10 years Italy, and in 15 years Greece. In 20 years we'll be Paul Keating's banana republic."

Abbott may have ascended the prime ministership against the backdrop of a morality play. But the challenges we face are largely economic. Abbott needs to get that. And he should use a lot more of his considerable intellect worrying about economics, not morality.

Vital Signs: why everyone seems a bit worse off