Opinion Why treasurers should go back to economics school 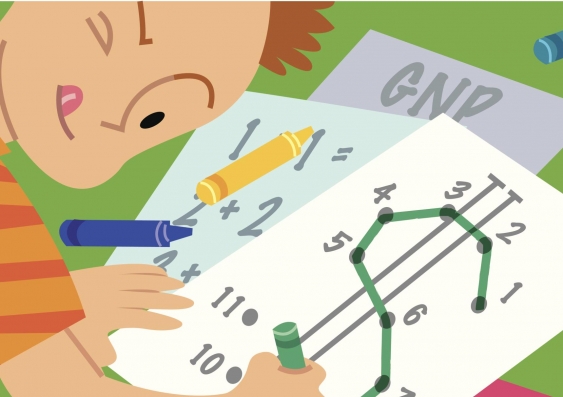 OPINION: Though money and financial factors are integrated in complex ways in the workings of the economy, ultimately it is real resources – work forces (sizes and skills), capital goods and natural resources – that set the upper limit at any moment of time on the size of the community’s standard of living.

And yet that hasn’t stopped successive Australian federal treasurers, and their counterparts in other advanced capitalist economies, increasingly using terms which reflect misunderstandings of the role of fiscal policy in economic policy.

When used by treasurers, phrases such as “we cannot afford it financially” or “where is the money to come from?” or “you are using taxpayers’ money”, confuse affairs of the state with what should be left to the workings of individual households.

Obsessed with the relationship of government expenditure and taxation, many treasurers suffer from deficit size fetishism, and fall victim to the “balancing the budget over the cycle” fallacy. Many also get caught up with hypothecation – matching specific government expenditures with particular tax sources.

Some confuse the significance of the national debt to income ratio for the present and future operations of the overall economy, especially the supposed link between them and the welfare of future generations relative to the welfare of the present generation. The “we’ll all be ruined” fear.

“Deficit size fetishism” reflects the view that government expenditure and taxation are always “bad”, regardless of the absolute sizes and compositions of the two and the overall state of the economy, for example, the rate of unemployment, the rate of growth, the rate of inflation (or deflation, as Japan has experienced in recent decades). Both the sizes and compositions of government expenditure and taxation need to be assessed by other criteria.

The composition of taxation, the contributions to the whole of indirect, direct and other forms of taxation and their incidence on different groups in the community, ought to reflect equity (fairness), for example which groups can least or most afford to pay particular forms of tax and taxes overall.

The total tax take should reflect the impact required on overall levels of spending in the economy, these in turn determining the levels of output, income and employment both prevailing and what the government would like to see prevail.

The composition of government expenditure is made up, first, of current expenditures, the salaries of parliamentarians, public servants and government employees generally; transfer payments from taxpayers to recipients of social services such as unemployment benefits, old-age pensions and so on; and interest payments to domestic holders of government bonds.

Secondly, there is government (public) capital expenditures on social infrastructure, the creation of new railways, roads, hospitals, schools and so on. Ideally, the level and composition of capital expenditure should be determined by the perceived medium- to long-term needs of the community for the services they ultimately will provide.

As these expenditures have a significant impact on the efficiency and productivity of the nation, there is no reason why they should not be financed at least in part by borrowing, even by borrowing from overseas. The latter does entail a real burden because interest and principal repayments mean higher levels than otherwise of exports to service them would be required. Nevertheless, if the borrowings are used wisely, this burden may be met and the economy still be better off than it otherwise would have been.

There is no equivalent burden associated with internal debt (owed to lenders within the country) for, as noted, this involves a transfer from taxes to interest payments. The impact on overall demand depends upon the differences in the consumption and saving behaviour between taxpayers, on the one hand, and interest receivers, on the other. They may, of course, overlap. Any fairness considerations associated with such transfers may be tackled through the composition of the structure of tax rates.

So government expenditure and taxation, especially taken in isolation, are not interesting numbers. Certainly not numbers to have a fetish about, even if you are not just an ordinary Joe, or an earthbound Swan, or a surplus lover Costello that hands out tax cuts to friends.

The criterion of balancing the budget over the cycle (or, preferably, creating a surplus) is based on a fallacy that the economy is not growing, that it will remain at the same level of activity forever. At least since the 1940s it has been known that if economies on average grow from cycle to cycle, it is possible always to have deficits (within reasonable limits) without annual deficits exploding; for specific rates of growth, the deficit approaches particular limiting values that are livable within a wide range of values.

The real tax and spending relationship

“Treasurer Speak” in recent decades reflects serious conceptual misunderstandings of how economies work and how the functions of the state should be integrated with the workings of the private sector. The end result has been the use of scare tactics over a wide range of issues, tactics which have no foundation in proper economic logic.

Geoff Harcourt is a Visiting Professorial Fellow at the UNSW Business School.

In defence of fiscally conservative treasurers

Australia does not have a debt crisis - so just say no, Joe