Opinion Why we should look to Germany, not Ireland, for the budget

This week’s budget is only the first act in the big economic drama that will take many years to play out, writes Geoffrey Garrett. 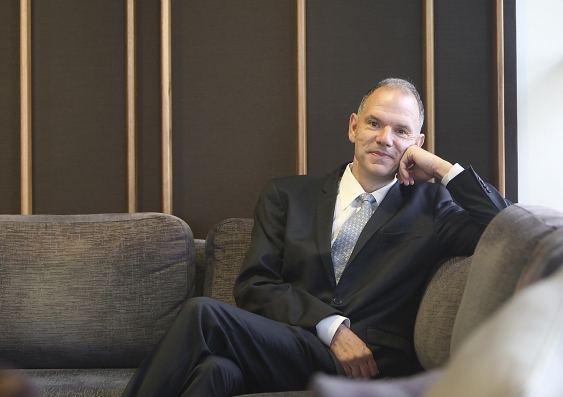 OPINION: This week’s budget is only the first act in the big economic drama that will take many years to play out. What kind of country does Australia want to be and what is the role of government in getting there?

Most Australians seem, largely without knowing it, to want to follow the script Germany is writing, growing its way out of post-GFC debt through high value added exports to China while holding the line on pre-crisis taxing and spending policies.

Though the debt mountain is higher and the fiscal tinkering has been greater, this is also America’s strategy. The United States is hoping that breakthrough innovations as different as WhatsApp and shale gas will drive faster growth and smaller deficits.

Tony Abbott apparently thinks Australia should instead emulate Ireland, committing to sustained radical surgery on the budget as a way to wipe the slate clean for an economy that is open for business.

Australia is unlikely ever to play out the Greek tragedy of being forced into painful austerity by a massive vote of no confidence from global financial markets.

Do nothing and Australia might instead risk becoming Japan, slowly sinking into the Pacific, or France and Japan, increasingly meccas for cultural tourism and little else.

In these countries, very high standards of living will inevitably erode because of an unwillingness to make the big fiscal changes necessary to jump start growth. But the decline will be gradual and comfortable, not falling off a cliff.

So what should Australia do? Gallic do nothing is not an option. Irish austerity runs big risks. The right path for Australia is Germanic. But this means getting serious about creating a platform for sustained growth.

To understand Australia’s predicament it is necessary to step back from the intense politicking of the past few weeks. The clear reality is that Australia is facing the same challenges as the rest if the west, for essentially the same reasons.

Everyone spent heavily ensuring that the GFC did not metastasize into a second Great Depression. The timing of this stimulus-induced fiscal overhang couldn’t have been worse because baby boomers have started to retire, driving up the cost of health care and retirement incomes while shrinking the tax base.

At this point, national trajectories diverge.

According to the IMF, on top of more than twenty years of stagnation, Japan is condemned to annual growth rates under 1.5% into the indefinite future.

But raising taxes and cutting spending has proved too hard for Japan, resulting in net public debt over 140% of GDP by the end of the decade on IMF projections.

Things are not much better in France and Italy, with high and rising public debt and anemic growth as far as the eye can see.

Australia is much better placed.

On current (pre-budget) policy settings, our net public debt by 2019 is expected to be 20% of GDP, with growth above 2.5% a year until then.

True, our debt has risen dramatically since the GFC. But we are not Ireland.

Irish government spending mushroomed from 34% of GDP in 2006 to 65% through massive bank bailouts and aggressive stimulus.

This ravaged the Irish public balance sheet. In 2006, Ireland rivalled Australia for the advanced economies with the lowest public debt. By 2010, Irish public debt had risen to 70% of GDP. It is expected to peak at over 100% of GDP next year, six times Australia’s.

No wonder the Irish government is in its eighth straight year of austerity budgets.

Contrast this Irish carnage with the stability of the German economy.

Its public debt rose from 53% to 58% of GDP during the crisis and is projected to decline to 40% by the end of the decade.

Many in Australia deride the US as an economy in decline with a broken political system. True, American debt has close to doubled since 2006, reaching about 80% today. But the cataclysm facing the US was extraordinary, and America’s fiscal position is now improving quickly.

The key to the rosy prospects of Germany, and America, is growth. In Germany’s case, led by exporting high value added manufactures to China. In America’s, catalyzed by energy independence and app-created billionaires.

This is where Australia should go too, but we need to get much more serious about growth and worry less about the numbers on the budget page.

We talk a good game about life beyond the mining boom and the productivity and creativity of our service sector. But much of our innovation is in raw materials (driving trucks in the Pilbara from Perth desktops). And our cost base (big distances and lots of regulation, not just high wages) hurts competitiveness.

The government must tackle our demographic demons before they become too scary. Raise the pension age, tax superannuation more, broaden and increase the GST, cut waste in the public service, add more user pay provisions to health and education.

But over time, not budgetary shock therapy. Focus on growth enhancing policies. Don’t prop up jobs in declining or try to pick winners in advanced manufacturing.

This opinion piece was first published in The Australian Financial Review

Trust is not the only deficit