It is significant to have a woman at the head of the US Federal Reserve for the first time, but in terms of monetary policy it's probably business as usual. And that is a good thing for us all, writes Geoffrey Garrett. 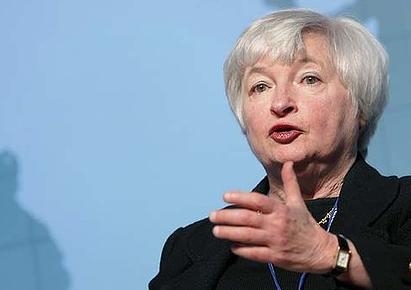 OPINION: This week’s bipartisan confirmation of Janet Yellen to succeed Ben Bernanke positions the new chairman of the US Federal Reserve as the United States’, if not the world’s, most important person this year.

But how will Yellen confront the signature challenge of returning America to some semblance of monetary normalcy after five unprecedented years of near-zero interest rates and massive bond-buying (quantitative easing)?

There are at least three places to look for clues – Yellen’s personal history, the Fed’s mandate, and the course charted by her predecessor.

There is a common perception that Yellen will be even more cautious than Bernanke in keeping post-GFC emergency policies in place longer than necessary, even as the US economy recovers.

The more likely outcome is that Yellen will actually act a lot like Bernanke would have. This means a gradual unwinding of QE in 2014 followed by a slow increase in official US interest rates in 2015 and beyond.

Yellen is not a Bernanke clone, disciple or doppelganger – not least because she is the first woman to be put in charge of US monetary policy.

Nonetheless, all the signs, in terms of personal background, institutional constraints and current policy guidelines, point to a continuation of the path Bernanke has charted.

That path is a powerful commitment to returning US monetary policy to a more normal setting as soon as possible, but knowing that the timing and size of tapering and interest rate hikes is dependent on further improvements in the real US economy – that is, stronger growth and lower unemployment.

Like Bernanke, Yellen is a distinguished academic economist. She spent decades at the University of California’s flagship campus, Berkeley, in an economics department known not only for its high quality but also as a counterweight to the economic rationalism of the Chicago School.

Residents often say with a mixture of pride and irony that they live in the People’s Republic of Berkeley, with a widespread commitment to a left-wing agenda regarding politics, the economy, the environment and global security.

Yellen is no wide-eyed socialist. But her academic career reflects a focus more on wages and employment than on inflation and the sharemarket.

Indeed, her most important academic paper with her Nobel prize-winning husband and co-author George Akerlof made the case for paying workers higher wages than the market might produce.

When it comes to macro-economic policy, Yellen has also defended and modernised the Phillips curve (surprise inflation can actually stimulate job creation) with Berkeley against Milton Friedman’s powerful critique that inflation is an unalloyed evil on which the 1980s move in Australia, and globally, towards more independent central banks was based.

CV ticks all the boxes

How will Yellen’s focus on wages and job creation fit the Fed, and the needs of the US and global economies? The answer is very well, for three reasons.

First, the Fed is constitutionally not an inflation hawk central bank like the old German Bundesbank or the European Central Bank of 10 years ago. Rather, the Fed has a “dual mandate” of ensuring not only price stability, but also economic growth and low unemployment.

Second, Yellen is a seasoned economic policymaker on the big stage. She chaired Bill Clinton’s Council of Economic Advisers in the late 1990s, was president of the San Francisco regional Federal Reserve in the 2000s and has been Bernanke’s deputy for the past four years.

Economists are often derided in business for their disconnect from the real world. Not Yellen.

Finally, thinking about monetary policy has changed the world over in the wake of the global financial crisis. In an era of worries about stagnation and deflation, most inflation hawks have flown the global monetary policy coup. The real economy looms so much larger than it did before Lehman Brothers fell.

Bernanke has long said that the key indicators for him are the US growth and unemployment rates. Things can return to normal in the US (no bond-buying and positive real interest rates) when growth is above 3 per cent and unemployment is under 6.5 per cent.

Yellen has already reiterated this logic and these numerical triggers.

Indications are that US growth will be above 3 per cent this year, but it might take six to 12 months for unemployment to fall from its current 7 per cent to under 6.5 per cent. This means that the modest tapering decision Bernanke finally took last December, reducing monthly buying of US Treasuries from $85 billion to $75 billion, will probably stay in place for the next several months.

There are two pieces of good news in this for Australia.

First, growth-killing rapid rises in global interest rates on the back of speedy US monetary tightening is unlikely.

Second, the gradual depreciation of the Aussie dollar against the greenback is more likely to continue than to be reversed.

It is surely a very big deal to have a woman at the head of the Fed. But in terms of monetary policy, we are probably in for more prosaic business as usual, at least as far as that has come to be understood in the devastating wake of the GFC. And that is a good thing for us all.

Professor Geoffrey Garrett is Dean of the Australian School of Business at UNSW. He was president and CEO of the Pacific Council on International Policy while Janet Yellen was a board member there.