Opinion Yes, minister, you can crank up the public service

It is time Australian governments paid serious attention to the structure and efficiency of the public service economy, writes Gary Sturgess. 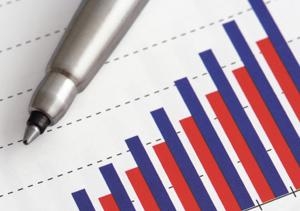 OPINION: Australia’s public service sector is larger than the mining and manufacturing sectors combined. Including public, private and not-for-profit providers, it accounts for 15 per cent to 20 per cent of the national economy and around a quarter of the nation’s workforce.

Statistics on the scale and productivity of the public service economy are not collected in this country. Indeed, there has been so little debate over what productivity means in this sector that there is a lack of agreement about how we should measure it.

In Australia, only the Tasmanian Auditor-General has done research, invoking the displeasure of his government in doing so. What little evidence is available suggests that there are potential productivity gains in the order of 20 per cent to 25 per cent.

Given the collapse in GST funding and uncertain revenue from property taxes, it is time Australian governments paid serious attention to the structure of the public service economy and the efficiency with which these services are delivered.

This is not about privatisation, which will do little to address a structural shortfall in recurrent funding. Nor is it a question of wholesale outsourcing. Few public services in Australia are delivered exclusively through government monopoly. Forty per cent of patients are admitted to private hospitals, 40 per cent of secondary school students attend private schools, and 20 per cent of prisoners are managed by private contractors.

The question is not whether state governments should engage with external providers, but how.

In few sectors have policymakers given serious thought to the right mix of providers, and whether existing suppliers can be exposed to competition. As a result, front-line public service managers generally lack the competitive discipline faced by their private sector counterparts. They are obliged to work with confused and often conflicting objectives. Most lack meaningful performance benchmarks.

In large parts of the public service economy, managers have been denied permission to experiment with new service models: there is little experimentation with scale and scope. Far too often, decisions about how to structure public services are made by a barrister in the course of a judicial inquiry or a political adviser in the midst of a ministerial reshuffle.

Public services have been organised so that it is difficult to export best practice, and the importation of innovative new delivery models from abroad is rare. In the one or two areas where governments have structured for export, Australians have proven remarkably adept at exploiting the opportunities. The exemplar, of course, is the education sector where, after a shift in thinking from “aid to trade” in the early 1990s, exports grew at 14 per cent a year, so that education is now Australia’s third largest export after iron ore and coal. The other little-known success is the job services market.

But, for the most part, public services have not been organised for export. Government-owned corporations from New Zealand sell land valuation and weather forecasting services into Australia, and yet there are few examples of our governments selling their services across state or national borders.

There are three ways in which state governments might introduce greater flexibility and contestability into the supply side of our public service economy.

The most radical option lies in the use of choice-based models, where service users select from a range of providers, financed by government vouchers. The Medicare card is a voucher, and we have a partial voucher in our education funding system. The proposed National Disability Insurance Scheme will also be based on user choice.

This cannot work in defence support or corrections, where public officials must purchase services on the community’s behalf through competitive tendering and contracting. This can also include more complex arrangements such as public-private partnerships, public-private joint ventures and integration contracts.

And where market-testing is difficult, governments can still make use of contestability, where service providers are benchmarked and failing institutions face the threat of competition if they do not improve. The NSW Labor government used contestability to good effect in reforming the state’s prison system, but it has yet to be developed systematically in this country.

Gary Sturgess holds the chair in public service delivery at UNSW and the ANZSOG. His report on diversity and contestability in public services was published today by the NSW Business Chamber.

Understanding risks for the Australian economy