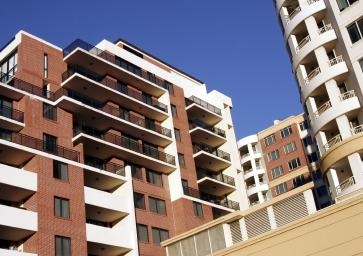 “When they were built, most people said they noticed little or no change in their neighbourhood. It was pretty much a storm in a teacup." - Dr Gethin Davison

Widespread community opposition to affordable housing emerged as approvals increased in the wake of the Federal Government’s Nation Building Economic Stimulus Package between 2009 and 2011. Local anger was often accompanied and compounded by negative media reporting.

But a survey of some of the most controversial affordable housing projects in Sydney, Melbourne and Brisbane by UNSW’s City Futures Research Centre found that community fears have not been borne out.

Around 80% of respondents in areas close to recently-built schemes said there had been little or no impact on their neighbourhoods or on house prices.

“We picked the most controversial housing projects we could, including ones in Parramatta, Melbourne and Brisbane that had attracted intense media attention,” said study leader Dr Gethin Davison, from UNSW’s Faculty of Built Environment.

“When they were built, most people said they noticed little or no change in their neighbourhood. It was pretty much a storm in a teacup.”

Researchers conducted interviews, focus groups and surveys with a range of stakeholders in and around affordable housing developments. The impact on property values was modelled, and public submissions against the projects were analysed.

The researchers found concern over planning impacts and amenity often masked entrenched and ill-informed prejudice against affordable housing residents. Opposition was most fierce, organised and effective in wealthy suburbs.

The imagined characteristics of future affordable housing residents were raised in almost 20% of planning submissions analysed for the study. However, most interviewees felt this was an under-representation, with many objectors not wishing to highlight their concerns in their formal submissions.

“People fear various things will happen when affordable housing is approved such as antisocial behaviour and a fall in property values – but they’re all to do with stereotypes,” Dr Davison said.

The research also showed local politicians and the media played a key role in the escalation of opposition campaigns.

The findings are important because community opposition has the power to delay construction and increase costs to developers, exacerbating housing shortages and increasing affordability problems.

“We all know it’s very expensive to live in our cities. Every day that you wait for a development to go ahead, it costs the developer money and stops people who need housing from moving in,” Dr Davison said.

A report produced from the research recommends greater coordination between local and state governments on planning policy and more community consultation.

“Consultation and education are key,” Dr Davison said. “Being dismissed out of hand as a NIMBY just makes people angrier. We need people to understand that most affordable housing developments won’t have any negative impact on quality of life or property values in their neighbourhood. And we need to involve them more in the planning process”

The research was conducted by the City Futures Research Centre, based in UNSW’s Faculty of Built Environment, and funded by the Australian Housing and Urban Research Institute.

See the full report at http://www.ahuri.edu.au/publications/projects/p71007

*In this study, affordable housing was defined as housing that accounts for no more than 30% of gross household income for low and moderate income earners. This includes social housing (owned by governments or community housing organisations), as well as other forms of sub-market and market housing for rent and purchase. 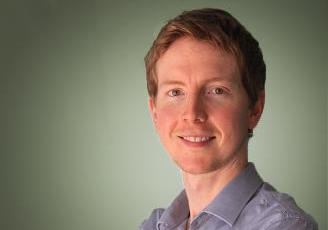 “When they were built, most people said they noticed little or no change in their neighbourhood. It was pretty much a storm in a teacup." - Dr Gethin Davison

Getting the big end of town to help low-income renters