Provision of affordable housing cannot be left to the market: it requires a commitment of government at all levels to develop well-integrated and properly funded policies, write Bill Randolph, Hal Pawson and Vivienne Milligan. 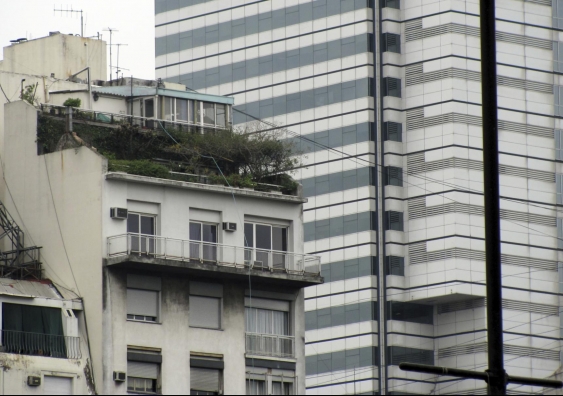 A similar argument was made recently at the UrbanGrowth NSW Summit on Sydney’s Bays Precinct renewal project.

Have we finally found the Holy Grail for affordable housing? Is it really that simple – just target existing public land (or rundown estates), redevelop at unusually high density, and use the associated value uplift to secure a substantial slice of low cost homes within the overall project?

This is a neat political trick. It puts the onus on those in the community who might oppose greater density to do so at the expense of the most disadvantaged. How much affordable housing do you want? How much higher do you want the development to go? Government can effectively wash its hands of the decision. It’s a simple land deal.

But its not that simple, of course. More importantly, the solution to our affordable housing crisis lies not just with state governments, but is very much due to a failure at the top of our federal policy system.

The current Senate committee inquiry into affordable Housing, due to report in March 2015, recognises housing policy is an issue of national significance that calls for national action. Many of the most significant government interventions in our housing market (think negative gearing and capital gains tax concessions, immigration and social security policy) are controlled at the federal level and not by the states and territories.

There are, of course, complexities to the Commonwealth government’s role in an area of “domestic policy” of this kind. Under our federal system, Canberra’s ability to impose housing system reforms would be limited, even under a government keen to do so. But neither is it tenable to claim that the Commonwealth has no remit or responsibly to lead and co-ordinate in this area.

State governments are (increasingly) starved of the resources necessary to run housing programs effectively and the essential coupling of housing, urban and infrastructure policies that should drive new residential development has been largely absent, another point recently lamented by Greiner.

Unfortunately, over a long period the scope for Commonwealth leadership in housing policy has been progressively undermined by vacillating political interest and a hollowing out of public service capacity in Canberra.

The US Housing and Urban Development administration is one example of how things could be done differently. It is resourced and empowered by the US government to play a role for America as a whole. Under the Abbott government, Commonwealth leadership capacity on housing policy has been further weakened by the abolition of the “housing minister” designation, and by the scrapping of the Housing Ministers Advisory Council. Scope for evidence-based policy in this area has been damaged by the disbandment of the National Housing Supply Council.

Although the majority of Australians are affordably housed, a rapidly growing minority is not. This is largely because what remains of our national policy framework was essentially created for an earlier age, when home ownership was a readily achievable goal for most households and property prices were not driven into the stratosphere by an overstimulated rental investment market. Moreover, housing policy has shifted substantially to a reliance on the market to supply the housing needs for all, including lower-income households.

Thanks to these changes our housing system is becoming increasingly dysfunctional. As well as undermining the welfare of lower income groups, this imposes growing economic costs on the whole country. Increasingly, for example, the working poor are being pushed to the fringes of our capital cities, remote from the job-rich inner areas, compounding their disadvantages in a difficult job market. While governments may sometimes speak of well-located “affordable housing” as desirable, there has been little or no effective action to counter intensifying spatial segregation to which housing markets are contributing.

Our federal politicians cannot absolve themselves of responsibility in this situation. It’s now over 20 years since Australia had anything resembling a national housing strategy. Since then, with only a brief exception around 2008, successive governments have turned a blind eye, failing to face up to the new social and economic challenges requiring housing policy reform.

And there are new dilemmas, such as growing numbers of people facing old age in rental housing as home ownership rates decline, especially among the Gen X and Y cohorts – the children and grandchildren of the Boomers for whom post-war housing policy created a previously unseen bonanza of property wealth. Similarly, with growing numbers of families living in private rental housing – many destined to remain there in perpetuity (the so-called “Generation Rent”) – the standard tenancy framework of short term lettings with no security and few rights to make a home is increasingly unsuitable. Sooner or later, this issue will gain political traction, demanding government intervention.

Left to itself, the market does not generate well-located housing of reasonable quality that is affordable to less affluent Australians. Neither is there a simple answer to this in the form of increased gross housing supply, which some claim would be unleashed by further planning deregulation. The idea that a rapid upswing in new building sufficient to affect house prices would significantly improve affordability (even if the building industry could achieve this) is in any event laughable – how many developers would continue to build if prices were to fall? As history has shown time and again, only with active government intervention can a nation overcome the market’s failure provide adequate levels of affordable housing.

This issue is complex but not insoluble if addressed through smart policy. This should include:

The idea of simply achieving more affordable housing on the back of density bonuses, while a possible component of any local solution, is a myth that will not suffice long term. What happens when we run out of public housing estates to renew? And would this work in the lower value outer suburbs where much public housing is located?

The provision of affordable housing cannot be left to the market: it requires a commitment of government at all levels to develop a well-integrated and properly funded package of policies. With the “reforming Federation” debate under way, now is the time for these arguments to be had.