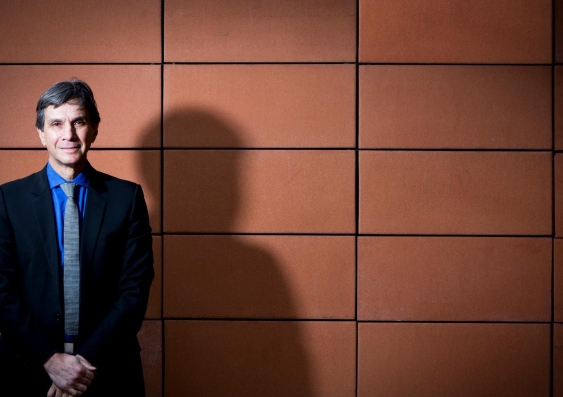 Why? Because cities are at the heart of a nation's economic life and unless we invest in them wisely and strategically - with good design and the public interest at their heart - we'll squander the very considerable economic returns great cities offer national economies.

A master plan for Australian cities would go a long way to more effectively harness Australia's urban potential at a time when the movement of people away from rural areas, worldwide, is steadily turning us into societies dominated by city dwellers. The difference between thoughtless urban development and well co-ordinated urban policy is stark, in terms of our happiness, health and prosperity.

This is not a future worry; the consequences of myopic planning are already upon us. That so many urban Australians spend two or three hours a day in traffic commuting, for example, at a considerable personal cost and a projected, avoidable cost in wasted hours and resources of more than $20 billion a year by 2020 , is not an inevitable consequence of city living. It is a planning failure and should be a national disgrace.

It's easy enough to recognise that a self-serving political tussle between federal, state and local government over urban governance is not in the public interest. How can we contribute positively to our urban culture and economy, given Australia's multitude of planning jurisdictions, many of which overlap, and all of which affect both negatively and positively city development and design?

A good place to start is to promote informed debate and public awareness to help put the future shape and state of our cities on the political agenda. This may lead to a renewed appetite among governments at every level to reclaim a visionary role for the development of urban infrastructure and as custodians of our built and natural environments, not just for people but for all sentient beings.

Such government leadership, oversight and responsibility have been on the decline over the past 50 years and with them the potential of urban policy and strategic planning to benefit the nation.

Increasingly we've left our cities to the interests and whims of private developers. Major public tenders for private-led investment such as Sydney's Broadway, Barangaroo or Darling Harbour might be good for business, including short-term government business, but on their own, they can't secure a sustainable future for our urban societies and economies.

Large projects such as these are driven by private investment. They are mostly about facilitating returns on investment for the corporate sector and to a lesser extent, about the repositioning of various city precincts as internationally competitive environments to meet the narrow needs of a specific business or industry sector. Typically, they lack corresponding investment in vital public infrastructure and in the design of the public domain, leaving future city workers and residents pretty much out in the cold.

Yet, it is only governments that can effectively take the lead on major strategic investments that take decades for the obvious economic returns to unfold. The design of urban elements such as harbours, new public transport infrastructure, or cultural icons like the Sydney Opera House and other major community facilities have deep, beneficial consequences to the long-term sustainability of our nation.

In the past, Australian governments have had a greater political will and financial capacity to undertake projects on the scale required. It was government that led the design and implementation of the rail networks in both Sydney and Melbourne in the early years of the 20th century.

In the 21st century, very little requiring an equivalent level of vision and investment can occur without a coordinated national perspective to drive political will, and to underpin financial capacity, to act in the national interest.

There are many contemporary models around the world that might inform the development of such a cohesive national position on the stewardship of Australia's urban future. Take Norway's significant sovereign fund, Germany's environmental legislation and leadership in technology, Singapore's commitment to innovation through urban research or China's recent focus on massive investments in public transport infrastructure.

Meanwhile, Sydney, our much lauded international gateway to the booming Asia Pacific region, is pretty much sitting on its hands. Similar conclusions can be drawn for all our major cities. Yet, these are the same Australian cities which generate about 80 per cent of GDP, 75 per cent of jobs and about 85 per cent of economic growth.

We are currently advised that it will take seven years for the NSW government to implement a relatively straightforward tramway from central railway to Randwick and Kingsford, much of which runs along a previous tram route requiring relatively straight forward adjustments to existing road networks.

Even a cursory glance northwards to Asia, where there are so many extraordinary infrastructure projects transforming cities and solving urban problems, makes it abundantly clear that such a timid approach to urban investment will not be sufficient to keep Sydney competitive.

Climate change is another challenge that threatens to lay large areas of the world's coastal cities to waste simply because they aren't designed to deal with floods and other weather extremes. We've already recently seen flood damage in Australia.

The very small thinking of governments, that we too often see as acceptable from a political perspective, means we aren't thinking ahead, we are not acknowledging the urgency of the issues involved and we are not spending enough. It seems governments at all levels across urban Australia are content with outcomes best characterised as 'too little too late'.

History amply illustrates that the very worst thing we can do for the national economy is to do too little to advance the economies of our cities.

Our state and local governments have demonstrated that while they continue to juggle parochial interests they have neither the intellectual nor financial capacity to address current and future urban issues at this scale. It's time for high level national discussions. To maintain Australia's economic competitiveness, we need a new national urban paradigm underpinned by long-term investment in urban infrastructure. That requires bold plans that transcend the familiar divides between council, state and national government, and look way beyond the short term political cycles which can only ever generate unsatisfactory, short-term outcomes, wasting precious economic and physical resources along the way.

One last question. Would we really need to be rebuilding Darling Harbour in Sydney today, less than thirty years after its completion, if we had planned wisely in the first place?

Professor Alec Tzannes is Dean of the Faculty of Built Environment at UNSW.