How does the Sydney Opera House measure up in terms of sustainability? This is one of the presentations at a major international symposium to be held this week entitled “What would Utzon do now?" 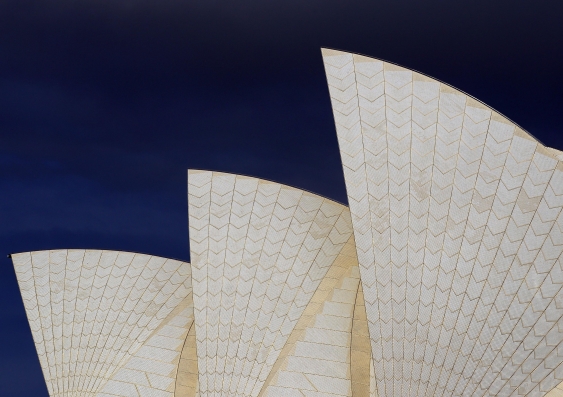 How does the Sydney Opera House measure up in terms of sustainability?

This is one of the presentations at a major international symposium to be held this week entitled “What would Utzon do now?”

The Symposium, facilitated by UNSW and held at Sydney Opera House, will explore advances in the design, delivery and management of architecture and more broadly, urban environments.

Utzon is best known for his public architecture, most notably, the Sydney Opera House, as well as Bagsværd Church in Denmark, the Kuwait National Assembly and the Meli Bank in Tehran.

“The Sydney Opera House is not only a stunning building, but it is in fact a strikingly sustainable one,” says Dr Paul Osmond, from UNSW’s Faculty of Built Environment, who will present at the event. “That’s partly because Utzon built it to last – it’s got a projected life cycle of 250 years – but also because of its social and cultural benefits.”

“Sustainability is about more than just being ‘green’,” says Dr Osmond of the 40-year-old icon.

Dr Osmond says the next generation of tools to measure sustainability are already being developed. These tools, which employ a lifecycle approach to building design, construction and operation, incorporate a “quadruple bottom line”  adding cultural benefit to the other measures such as environmental, social and economic.

“If Utzon had been building the Opera House today, in all likelihood he would have taken to renewable energy technologies in the same way he adopted cutting edge computer technology,” says Dr Osmond. “But it probably wouldn’t have influenced the form and character of the House.

“Sustainability is not merely an assemblage of ecotechnologies – that is, ‘green bling’,” he says. “It is the natural outcome of good design when approached from an integrated life cycle approach.”

Other presentations at the Symposium include:

“It is appropriate that the debate around Utzon should return to the location of his most significant yet controversial creation, 40 years after its completion,” says architect and the Dean of UNSW’s Faculty of Built Environment, Professor Alec Tzannes, who is the event convenor.

“While the inspiration of his legacy is important, it is also critical to debate the role of cultural production in urban environments,” says Professor Tzannes.

Professor Chakrabarti will also present a public lecture at UNSW ahead of the event, “A Country of Cities – Building Hyperdensity and Civic Delight”.

What: The Fourth International Utzon Symposium and the 7th Annual Paul Reid Lecture in Urban Design (the first in the 2014 BE Utzon Lecture series)

The event is a collaboration between UNSW Built Environment, the Jørn Utzon Research Centre, the University of Portsmouth and Aalborg University, Denmark.

For more information go to http://www.be.unsw.edu.au/utzon-symposium/registration

Representatives of the media are invited to attend this event for FREE.

How art museums can be powerful advocates for change