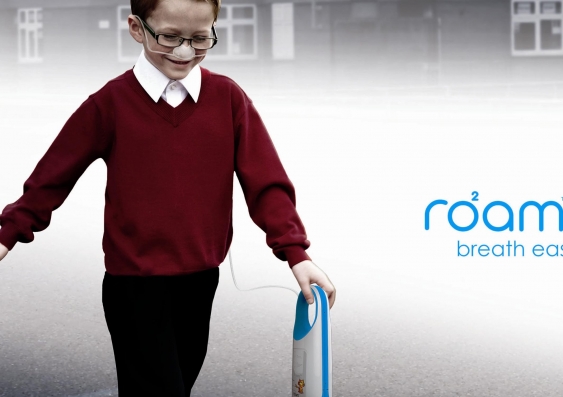 UNSW industrial design students have taken out the top two places in the Australian James Dyson Award, with four of the University's students placed in the top 10.

The overall winner of the Australian competition is ShanShan Wang for her lightweight oxygen cylinder for children called “Roam”.

The use of liquid oxygen, advanced materials and digital technology has reduced the canister size by 45 percent, giving asthma sufferers a more normal life.

“It’s such a shock to the system to be recognised for my work,” says the graduating student from UNSW’s Faculty of Built Environment.

“I set out to fix a problem. By talking with parents and paediatricians I heard how children were frustrated by large heavy tanks and painful nasal prongs,” she says. “It was in that moment that I thought, hey – why not create something better – a lightweight canister with a comfortable nasal breathing cap in one unit.”

The 22-year-old is currently exploring commercial opportunities and will spend the $3000 prize money to further develop the product.

Her fellow student Alfred Boyadgis took second place in the competition with a futuristic Robocop-style helmet that has facial recognition technology and a fully integrated communications system.

Currently, police officers on motorcycles have heavy helmets that are without any smart phone-style technology and communication devices available to other officers.

“Even though motorcycle police are often first on the scene, they rely on poor technology,” says the 23-year-old industrial design student. “They sometimes even have mobile phones tucked under their helmets.”

The new lightweight helmet, which has received interest locally and internationally, enables rapid communication between emergency services. Among its features is a GPS and the first semi-modular visor system to increase vision and improve safety by more than 65 percent.

“I congratulate our students on their remarkable work,” says the Dean of the Faculty of Built Environment, Professor Alec Tzannes. “Our Industrial Design program consistently has our students assessed at the top level of national and international awards. This is great evidence of the quality of education they receive at UNSW and their ongoing value to the profession as future leaders".

ShanShan and Alfred have also both been recognised in the prestigious international Red Dot Awards, which are open to both professionals and students.

The 10 finalists in Dyson’s Australian competition will compete in the Dyson international award, with the overall winner announced in early November. 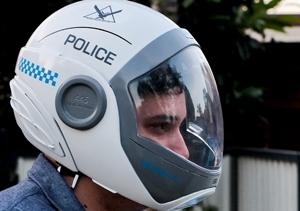