Utzon Lecture: Nature in the city 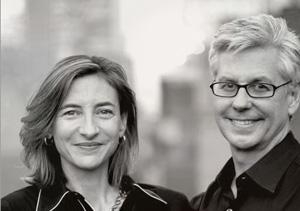 Award-winning urban landscape architects Marion Weiss and Michael Manfredi will be giving a free public lecture at the University of New South Wales on Wednesday August 22, at 7pm.

Weiss/Manfredi are a New York-based design team known for their work integrating nature with architecture, art, infrastructure and landscape design.

They received the Academy Award in Architecture given annually by the American Academy of Arts and Letters and were named one of North America’s “Emerging Voices” by the Architectural League of New York and won the NYC AIA Gold Medal of Honor.

They are currently redesigning Constitution Gardens alongside the famous mall in Washington DC and are in Sydney looking at major development projects.

Their talk, titled Inhabiting Topography, is hosted by the UNSW Faculty of Built Environment as part of the Utzon Lecture series.

How art museums can be powerful advocates for change