Opinion $1.4b splash on drones just the beginning of our autonomous future

Australia's decision to spend $7 billion on six MQ-4C Triton remotely piloted aircraft revives the nation's involvement with drones – and the ethical questions that come with them, writes Jai Galliott. 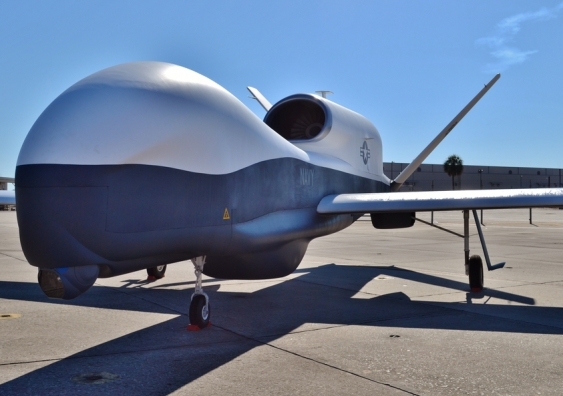 OPINION: The Turnbull government this week touted that it will invest $1.4 billion to acquire the first of a $7 billion fleet of six MQ-4C Triton remotely piloted aircraft through a cooperative program with the United States Navy.

Until relatively recently drones were not on the agenda for the Australian government or its defence forces. In 2004, the Howard government was so impressed by the surveillance capabilities of the RQ-4 Global Hawk – the Triton’s little brother – that plans were made to purchase a small fleet of these systems at a cost of nearly $1 billion. In 2009, as part of a major review of defence acquisition plans, the Labor government scrapped the purchase.

Australia received its next brief insight into its drone future back in 2013, with the release of the Defence White Paper under Julia Gillard. Drones were placed back on the drawing board. The AP-3C fleet of surveillance aircraft would be replaced with unmanned aircraft ‘capable of undertaking broad area maritime surveillance and fleet overwatch’, it said.

Of course, given the history of Australia’s drone acquisition plans, the timing of the latest announcement is a bit odd. Back in March 2014, then-Prime Minister Tony Abbott confirmed that the government intended to buy a fleet of drones and locate them initially at RAAF Base Edinburgh in South Australia. The announcement was made just days before an election in that state.

It should therefore come as no surprise to pundits that the current government wishes to show its commitment to the security of Australia’s maritime borders and how they are to be strengthened with a major military investment ahead of the so-called super-Saturday by-elections in Perth, Fremantle, Mayo, Longman and Braddon, which take place in late July.

Fortunately, the importance of particular political support bases does not appear to have factored into the decision on where to locate the new aircraft as of 2023, with RAAF Base Tindal in the Northern Territory getting infrastructure updates to support Triton operations.

The MQ-4 might be launched from this location – only a few thousand kilometres from the hotly contested South China Sea, where the Chinese military is rapidly expanding its land reclamation efforts to house outposts that are increasing well defended with anti-aircraft and anti-ship weapons – but they are expected to be controlled remotely via satellite link from RAAF Base Edinburgh.

Sneaky tactics aside, Australia desperately needs these aircraft, lagging about 15-years behind the United States in their development. The Triton can loiter over a particular area much longer than a manned aircraft and is particularly well suited to anti-submarine warfare that enhances maritime strike capability thanks to a world-leading sensor and electronic warfare package designed to better those in the American U2 spy plane.

Importantly, the Triton can do much of its flying and perform many of its surveillance tasks semi-autonomously, flying along pre-planned routes and identifying and categorising some targets by itself. At the moment, Triton drones are unarmed, but they could be used as part of lethal missions by passing information to manned aircraft or analysts back at home or elsewhere for exploitation by others, potentially including the US.

The semi-autonomous capabilities of Triton also provide an enhanced level of survivability in congested electronic environments and could also help the drones survive better in the event that an adversary attempts to jam communications with operators on the ground or they otherwise lose connectivity due to natural conditions.

But semi-autonomous systems are just the beginning. Christopher Pyne, the Minister for Defence Industry, only recently announced the formation of the first Defence Cooperative Research Centre (CRC) for Trusted Autonomous Systems, with $50 million invested from the Next Generation Technologies Fund over seven years to assess more autonomous technologies and defence capabilities based on advanced human-machine teaming concepts.

What has held back the development of these systems is a host of ethical, legal and practical questions. Are they capable of discriminating between a boat full of fish and one with a complement of asylum seekers or, in the case of conflict, a combatant and a non-combatant? Will there be psychological consequences for the overseers of these systems if they can see events unfold in real time but are unable to intervene? Will these systems introduce a ‘responsibility gap’ that offers their operators, the military or our politicians plausible deniability?

Many of these concerns are based on mistaken assumptions about the capability of these systems and unrealistic views of sentient ‘killer robots’ that will never eventuate. Importantly, one of the core objectives of the new Defence CRC on Trusted Autonomous Systems is to understand the ethical and legal challenges associated with these systems, and to explore the positive benefits.

Current concepts, for instance, are focused on developing systems that can automatically recognise things like the Red Cross or Crescent symbol, so that those people or objects bearing them can be automatically protected from harm – a very worthwhile effort.

Jai Galliott is Lecturer in Cyber Security at the The Australian Defence Force Academy, UNSW Canberra.

Killer robots maybe not be such bad news in modern warfare