UNSW has been awarded more than $29 million for 88 projects in the latest round of Australian Research Council major grants. 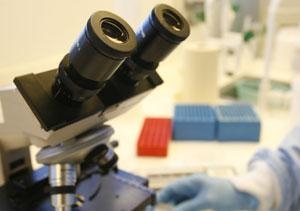 UNSW has been awarded more than $29 million for 88 projects in the latest round of Australian Research Council major grants to commence in 2013.

More than $20 million was received by UNSW researchers for 64 ARC Discovery projects across a range of disciplines.

A team led by Professor Chris Tinney from the Faculty of Science received the largest grant of $885,000 to investigate new frontiers for Australian explanatory science.

Professor Ross Buckley and a team from the Faculty of Law have been awarded $675,000 to develop new systems to counter global financial instability.

Fifteen UNSW academics are recipients of Discovery Early Career Research Awards – each will receive an average of $375,000 over three years.

Funding of $690,000 has been awarded for two projects under the Discovery Indigenous scheme and seven Linkage Infrastructure, Equipment and Facilities projects totalling $2.4 million were successful.

The largest LIEF grant of $570,000 will fund a new integrated facility for recording driver and road user behaviour. The data will be used to develop new and improved measures to reduce road deaths and serious injuries.

“ARC grants are fiercely competitive and I congratulate those UNSW researchers who were able to secure funding through these programs,” said Deputy Vice-Chancellor (Research), Professor Les Field.

The Federal Government announced the results of the 2013 funding round today, with Australian universities receiving close to $360 million for 1014 projects.