Here are five books to help you understand what’s happening in Ukraine and Russia, from a must-read history of Ukraine to insights into the Russian soul. 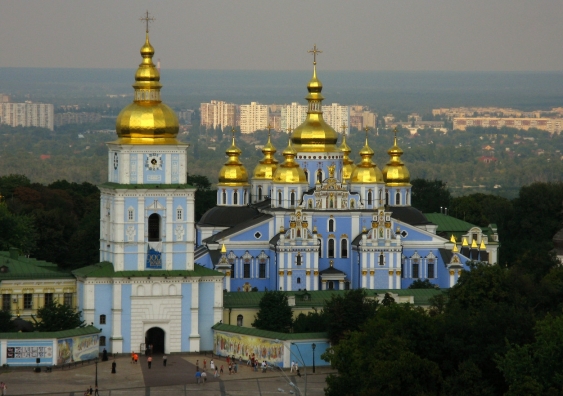 1. Ukraine: What Everyone Needs to Know (second edition) – Serhy Yekelchyk 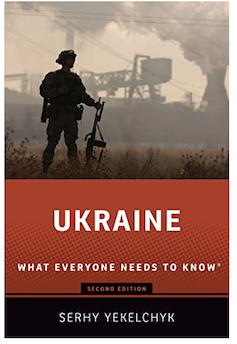 This slim volume of just over 200 pages is something of a marvel. Written by a world-leading historian of Ukraine, it introduces readers to the history, geography, economy, politics, and contemporary life of the country now suffering from Russia’s invasion.

Serhy Yekelchyk precisely defines both the commonalities and differences in the histories of Ukraine and Russia, and he also delves into the entanglements between Ukrainian and United States politics. Yekelchyk asks all the right questions and answers them succinctly and precisely.

There is no better book to start reading on the background of the current war. If you have time to read only one book on this topic, this is it. 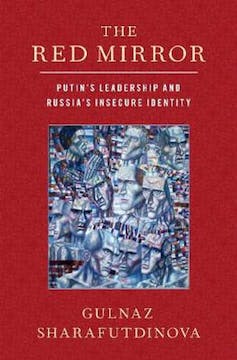 Gulnaz Sharafutdinova’s The Red Mirror offers important insight into the nature of the Putin regime and how it has prepared the ground for this war domestically. The book is a rare attempt to take account of the emotional dimensions to Putinism, and how Putin has successfully crafted an image as the country’s defender against humiliation.

Sharafutdinova documents the evolution of the Russian state media machine over the past decade, showing how it has systematically promoted a vision of Russian identity grounded in Russian victimhood. State propagandists have cultivated and amplified emotions connected to Russia’s recent history, updating old Soviet tropes and enemy images to foster the notion that Russia is a nation under siege.

In much of the recent commentary on Putin’s Russia, we find Russian society reduced to a caricature. By contrast, this is a book that takes account of the diversity of Russian society and avoids resorting to stereotypes about the “Russian soul” or the supposed eternal Russian desire for an “iron hand”. Instead, Sharafutdinova shows how the current state of Russia is a result of political choices made by Vladimir Putin and his government.

Read more: Attacks on Ukraine's hospitals are deliberate and brutal. The world must respond to these acts of terror

3. The Gates of Europe: A History of Ukraine by Serhii Plokhy 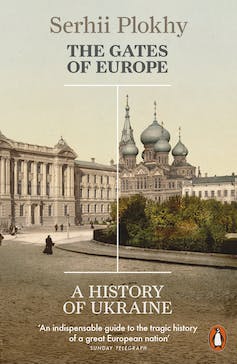 Serhii Plokhy’s Gates of Europe was first published in 2015, after Russia’s 2014 annexation of Crimea and the beginning of its war on Ukraine, of which the current invasion is a dismaying escalation.

Beginning with Herodotus’s account of the lands north of the Black Sea, the Harvard historian’s book acquaints the reader with the historical legacies that have helped shape Ukrainian identity: the large medieval state of Kyivan Rus, the autonomist aspirations of the Ukrainian Cossacks, the 19th-century Ukrainian national movement in the Habsburg and Russian empires, the short period of Ukrainian independence after the first world war, and Ukraine’s eight decades as a republic within the Union of Soviet Socialist Republics (USSR).

Plokhy’s narrative enables readers to place Vladimir Putin’s denial of Ukraine’s existence as a nation into the tradition of Russian imperial and Soviet endeavours to erase or, at best, marginalise Ukrainian identity. It also shows the sources of the ideas of Ukraine’s democratic sovereignty and transcultural solidarity that energise the unified, determined and remarkably successful resistance with which the Ukrainian political leadership, the Ukrainian armed forces and the Ukrainian people have confronted Russia’s invasion. 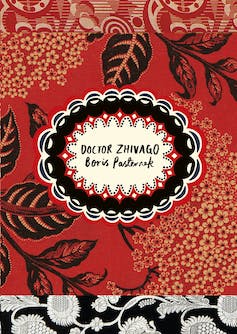 A novel written by a poet, it’s famously a love story, set in Russia’s endlessly turbulent history from 1905 to the Great Patriotic War. A book banned for many years in its own country, its author forced to refuse the Nobel Prize, people close to him imprisoned. It’s not a primer for understanding what’s happening in Ukraine today, how decisions with such devastating consequences are made in Moscow. But it tells you about Russia and Russians. Russia’s climate and landscape; Russians’ capacity for the tenderest love and abysmal cruelty.

The story is told in prose written by a poet, so you feel these Russian things, in your soul. We feel them, partly because of the talent of the author but mainly because in the end they’re not uniquely Russian, they’re universal.

The Russians – and those of us non-Russians who fall for it – are good at thinking that they are exceptional, in their soulfulness, their ability to love and hate, the endless horizons of their landscape. It’s a dangerous thing, to think you’re uniquely special – and if as you read it, you’re swamped by the novel’s overwhelming Russianness, you should keep that in mind.

Read more: As the Ukraine war drags on, how secure will Putin’s hold on power remain?

5. The Icon and the Axe: an Interpretative History of Russian Culture by James H. Billington 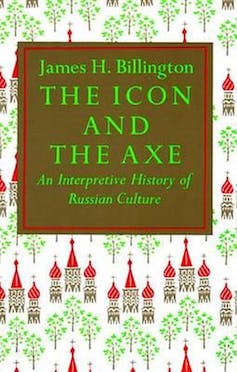 From about the 8th century to the 15th century, Kyivan Rus (Ukraine) occupied the great plain in the south of today’s Russia. Moscow was not historically documented until 1147. The “Rus”, basically Slavs, were invaded by the Varengians (Vikings) who stayed and intermarried; the country consisted of powerful city states united by allegiance to a prince.

As James Billington relates in the first chapter of his comprehensive cultural history of Russia, The Icon and The Axe, Prince Vladimir, searching for a religion in 988 AD, converted to Greek Orthodoxy after his emissaries recorded the beauty of Constantinople’s Santa Sophia, whose blue dome and golden frescoes suggested Ukraine’s national colours. Rus/Ukraine subsequently became one of the strongest states in Europe, famous for its fertile black earth and rich folk culture.

Billington then describes the decline of Kyivan Rus, when the principalities started fighting each other, and the country was invaded by Mongol hordes under Genghis Kahn. The “Mongol Yoke” lasted until 1480, when it was ousted by an emergent, super-powerful Moscow.

As the Ukraine war drags on, how secure will Putin’s hold on power remain?