Alex Blackwell recognised as a trailblazer of women's sport

The NSW Office of Sport presented the UNSW alumna with the inaugural prize at the Her Sport Her Way Awards. 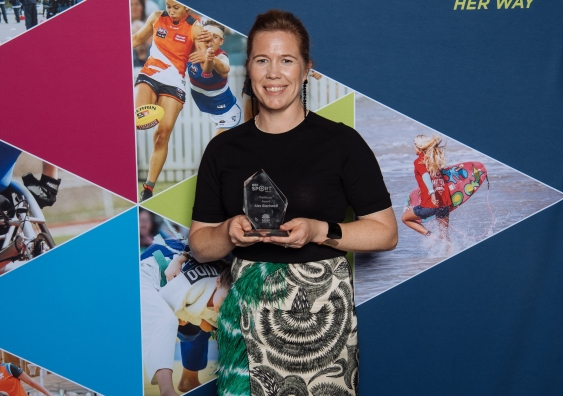 Alex Blackwell was presented with the Trailblazer Award, recognising her important role in fighting for inclusion in sport.

The inaugural Her Sport Her Way Awards were designed to recognise the achievements of the leading women in sport in NSW.

This award recognises women whose exceptional long-term efforts have advanced the opportunities for women and girls in sport and Blackwell was selected as a Trailblazer award winner for her advocacy for diversity and inclusion within sport with a focus on gender equality and LGBTIQ+ inclusion.

Third on the list of Australia’s one-day run scorers behind Belinda Clark and Karen Rolton, Blackwell is second in T20 runs for Australia behind only Meg Lanning.

Blackwell is the most capped player in Australian women’s cricket history and is also regarded as one of the greatest cricketers NSW has ever produced.

A vocal advocate for equality, Blackwell has been at the forefront during a time of rapid change for the women’s game that has brought increased pay and professionalism.

In 2015, she quit her job as a genetic counsellor to become one of Australia’s first full-time female players.

A graduate of UNSW's School of Medicine, Blackwell has been a passionate member of the UNSW sporting community, balancing her elite cricket commitments with being a member of the Sports Advisory Council and regularly attending and speaking at UNSW events, including the launch of the Active Women Strategy last week.

When Cricket Australia released its transgender inclusion policy in August last year, Blackwell was one of its most vocal advocates.

“To deprive [transgender people] of access to sport would be wrong,” she said.

“We won’t be discriminating based on trans or gender diverse identity.” 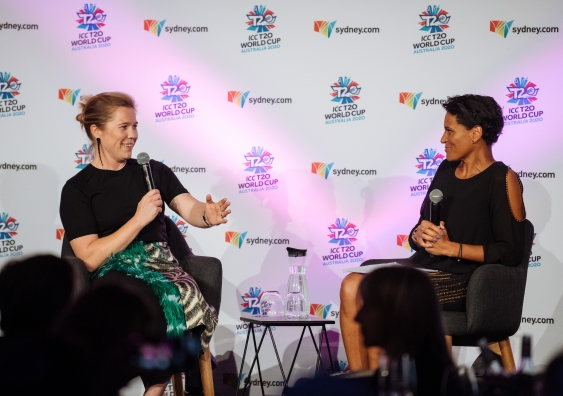 In 2018 she became the first woman to be elected on to the board of Cricket NSW in the organisation’s 159-year history.

The following year, Blackwell was awarded the university's highest honour, Doctor of the University (honoris causa), for eminent service to society by advancing important causes.

Minister for Women Bronnie Taylor said she was delighted to see women leading the way in sport and getting the recognition they deserve.

“These awards are another example of the fantastic ways we are acknowledging the incredible achievements of women and young girls during NSW Women's Week," she said.

“These awesome athletes are not only wonderful role models but genuine heroes to a new generation of fans.”