Three world-changing Australians with ties to UNSW have been recognised for their global impact and leadership. 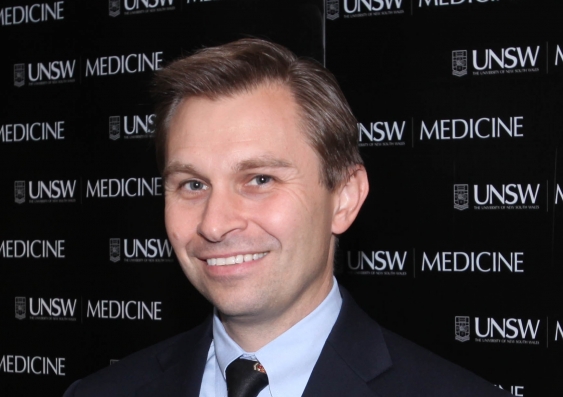 Professor David Sinclair of UNSW School of Medical Sciences has won an Advance Global Australian Award, for his achievements in genetics at Harvard Medical School, Boston.

Now in their sixth year, the awards honour Australians who have achieved remarkable feats in their industry while living overseas.

Professor Sinclair won in the Life Sciences category for his work to understand genes that fight disease and aging, with a focus on treating the major causes of death and disability.

He is founding director of the Paul F. Glenn Center for the Biological Mechanisms of Aging at Harvard and in 2014 he was listed by TIME magazine as one of the 100 most influential people in the world.

Professor Sinclair said he felt deeply honoured and fortunate to win the prize, which will be presented at a gala dinner in Sydney on October 10, where the overall winner will be announced.

“We live in a highly competitive global economy so having Australia's scientific and business leaders located across the globe is essential for Australia to maintain its lead in industries and develop new ones that will ensure the 21st century is one of continued prosperity,” he said.

Supported by the Australian Government, Advance works to enhance the skills and connections of high-achieving Australians both at home and overseas.

Two UNSW School of Business alumni were also winners: Jeremy Balkin, who is Head of Innovation at HSBC USA in the financial services category, and Dr Catriona Wallace, CEO and Founder of Flamingo Customer Experience Inc, for technology innovation.