Opinion Andrew Laming: why empathy training is unlikely to work

Scott Morrison and Michael McCormack have both called for empathy training for MPs. But it has all the hallmarks of a human resources fad. 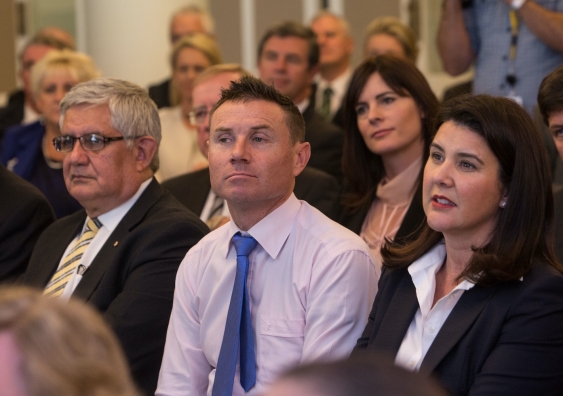 As federal parliament continues to erupt with allegations of harassment and abuse, one of the responses from our most senior leaders has been empathy training.

These are programs that help people to see the world from other people’s perspectives.

I would hope […] that would see a very significant change in his behaviour.

This follows Laming’s apology for harassing two women online and then confessing he didn’t know what the apology was for. Soon after Morrison’s announcement, Nationals leader Michael McCormack said he would get his party to do empathy training as well.

If we can […] actually learn a few tips on how to not only be better ourselves, but how to call out others for it, then I think that’s a good thing.

Many people — including opposition MPs, women’s advocates and psychologists — were immediately and instinctively sceptical. After all, if someone needs to take a course on how to be empathetic, surely something fundamental is missing, which no amount of training can fix?

The problem with empathy training

People are right to be dubious about empathy training — it has all the hallmarks of a human resources fad.

A parallel can be drawn with the introduction of unconscious bias training a few years ago. Neither are likely to be a silver bullet – or even a significant help – when it comes to discrimination and harassment.

Researchers have found requiring employees to undertake mandatory training, such as diversity training or sexual harassment training, can backfire. When people are “force fed”, they rebel and pre-existing beliefs are reinforced.

On top of this, training programs aimed to increase awareness about gender equality and discrimination are often seen by employers as remedial at best. At worst, they are punishment, which can also lead to a backlash from participants. The empathy training being given to Laming firmly sits in this camp – he has been found to have harassed women, so now he must be punished by attending a course.

Read more: Memo Liberal women: if you really want to confront misogyny in your party, you need to fix the policies

So, the research findings are clear. One-off, mandatory diversity training and sexual harassment training do not work. While there is little data so far on the success of empathy programs, previous research gives no indication they would work either.

It is not all bad news for empathy course conveners, however. Voluntary training is more successful, as volunteers are already primed for learning and concerned about gender equality and eliminating sexual harassment. Research also shows empathy can be taught, but the subject has to be willing to change.

But if mandatory training has limited effectiveness, what will work to eliminate sexual harassment? We certainly don’t need any more indications our federal parliament and our broader society needs to change. 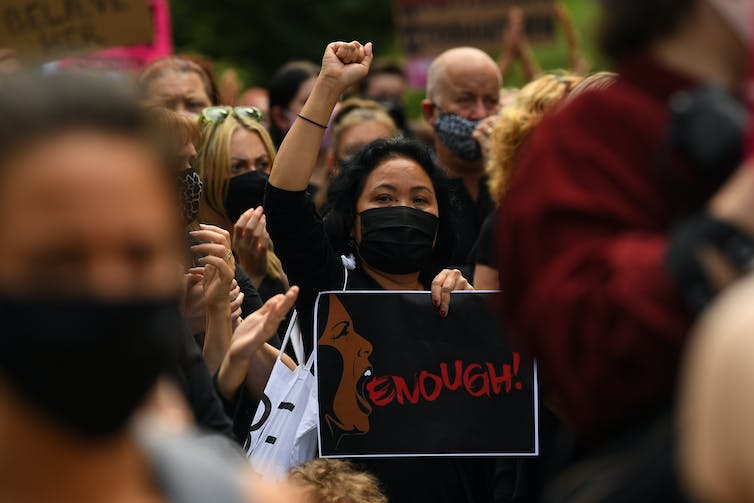 Earlier this month, tens of thousands of Australians took to the streets, calling for change at parliament house and beyond. James Ross/AAP

As Dr Meraiah Foley and I have previously argued, for training to be effective, it needs to do several things.

Firstly, it needs to be complemented by affirmative action measures, such as setting targets to increase the numbers of women in leadership. This is why the renewed debate about quotas in the Liberal Party is so important.

Secondly, the training needs to lead to new structures and new accountability for behaviour. This can be achieved by course participants identifying desirable behaviours that can progress equality at work. For example, small actions such as ensuring women participate equally in meetings sends a signal their opinions are valued.

Participants then log when they enacted those behaviours, and discuss progress with trained facilitators. Participants continue to reflect, and act, and later, share experiences and identify successful strategies.

Read more: Bad times call for bold measures: 3 ways to fix the appalling treatment of women in our national parliament

Thirdly, for workplace gender equality to progress, the ongoing process of behaviour change needs to be complemented with systemic organisational change. As I have written elsewhere, researchers recommend organisations adopt short and long-term agendas, to achieve small, immediate wins, while deeper transformations occur.

Structural change starts with an examination of human resource processes and policies to uncover gender bias and discrimination. No doubt Kate Jenkins will be undertaking such a task in her review of workplace culture at parliament house.

The bigger change we need

Examining process and policies, however, is not enough. Changing the language, and other symbolic expressions in organisations are also an important part of culture change to embed gender equality. For example, making sure meeting rooms are named after women and portraits of women – as well as men – adorn the walls sends a subtle yet powerful message the space also belongs to women.

Changing the ways of working, the rituals and artefacts of parliament house will help to change the culture.

Structural and systemic change to achieve gender equality is slow. While sending recalcitrant politicians to training courses may seem like an unavoidable first step, it is not where we need to focus attention.