UNSW's Richard Bryant, a world expert in the mental health of people affected by adversity and trauma, has received Australia’s highest accolade in this year’s Queen’s birthday honours. 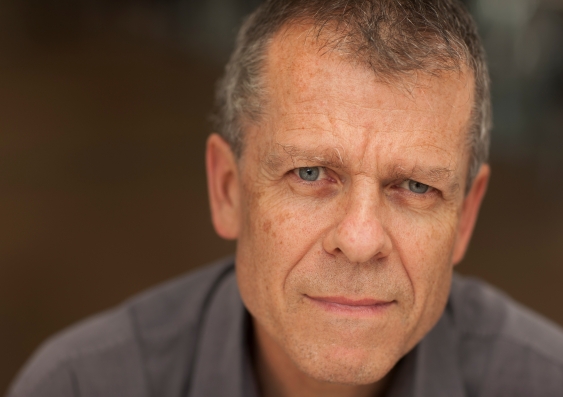 UNSW Scientia Professor Richard Bryant, a world expert in the mental health of people affected by adversity and trauma, has received Australia’s highest accolade in this year’s Queen’s birthday honours.

Scientia Professor Bryant, from the School of Psychology, was one of 13 Australians named Companion in the Order of Australia (AC), for his work in Indigenous and refugee mental health, and as an adviser to government and international organisations.

“The letter from the Governor General was very much unexpected, but a great honour and a reflection of a lot of people’s work over a long, long time,” Bryant said.

Bryant is Director of the Traumatic Stress Clinic, which is recognised internationally as a leading research treatment clinic for post-traumatic stress disorder and grief.

He established the clinic at Westmead Hospital more than 30 years ago at a time when relatively little was known about post-traumatic stress.

“I’ve been part of a large research program in this field, including a team at UNSW and elsewhere, that has really punched above its weight in terms of Australian research and the impact it is having internationally,” he said.

Bryant said his current focus is on the core mental health issues facing both the national and international health agenda.

“At an international level we are working with international agencies such as the WHO and UNHCR to develop affordable mental health care for those living in countries deeply affected by trauma,” he said.

This includes developing research programs intended for large-scale trials in refugee camps in Jordan and Lebanon.

UNSW congratulates all staff, alumni, advisers and supporters recognised in the recent Queen’s birthday honours. They include:

Scientia Professor Peter Swan from the School of Banking and Finance, UNSW Business School, who was appointed Officer of the Order of Australia for distinguished service to finance and commerce as a leading academic, journalist and commentator on domestic investment, and on a range of political and economic issues.

Professor Derrick Silove, Director, Psychiatry Research and Teaching Unit and Academic Mental Health Unit, UNSW and South Western Sydney Local Health District, appointed a Member of the Order of Australia for significant service to medicine in the field of psychiatry, to medical research as an academic, and to the promotion of mental health and human rights.

The Honourable Justice Arthur Emmett, Adjunct Professor, UNSW Law, who was appointed Officer of the Order of Australia for distinguished service to the judiciary and to the law, to legal scholarship and education in the field of Roman Law, to professional development, and to the community.

Dr Bernadette Tobin, Conjoint Associate Professor, UNSW Medicine, was appointed an Officer of the Order of Australia for distinguished service to education and philosophy, to the development of bioethics in Australia as an academic, and as a leader of a range of public health advisory and research councils.

Dr Michael Briers, Associate Professor of Business, UNSW, 1998-2003, appointed Officer of the Order of Australia for distinguished service to the finance and digital technology sectors, particularly in the area of data intensive research and analysis, to higher education, and to Judo.

Professor Adam Graycar, Foundation Director, Social Policy Research Centre, UNSW, 1980-1985 and Lecturer, Political Science, 1970-1973 appointed Member of the Order of Australia for significant service to tertiary education as an academic, to public administration through a range of leadership

Ms Maree Ryan, Lecturer in Singing, UNSW, 1985-1997, appointed Member of the Order of Australia for significant service to music as a classical mezzo-soprano, and to music education through roles as a teacher, mentor and researcher.

Mr John Kaldor, prominent arts patron and philanthropist, appointed Officer of the Order of Australia for distinguished service to contemporary visual art, as a supporter of public art projects, to the development of education programs for children, and through philanthropic contributions to cultural institutions. He is the recipient of an Honorary Doctorate from UNSW for his eminent services to the community.

Remembering to forget: how to erase unwanted memories