UNSW congratulates all the members of its community whose achievements have been recognised in this year’s Australia Day honours. 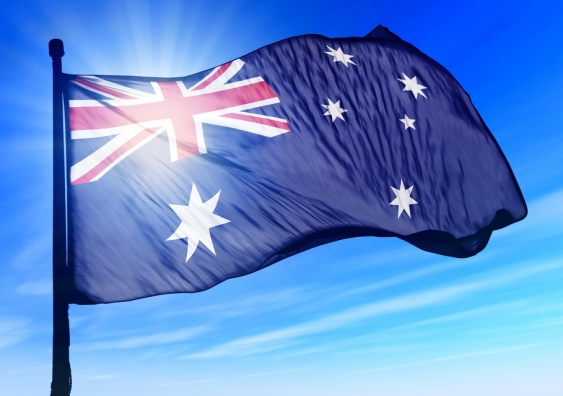 Scientia Professor Trevor McDougall and Professor Maree Teesson head the list of UNSW Sydney staff and alumni recognised in this year's Australia Day honours, with both appointed a Companion (AC) of the Order of Australia.

Scientia Professor McDougall, from the School of Mathematics and Statistics, was recognised for eminent service to science, and to education, particularly in the area of ocean thermodynamics, as an academic, and researcher, to furthering the understanding of climate science, and as a mentor of young scientists.

Last October he received a prestigious NSW Premier's Prize for Science in recognition of his research on ocean dynamics and their key role in the climate.

Professor Teesson, NHMRC Principal Research Fellow at UNSW’s National Drug and Alcohol Research Centre (NDARC), was recognised for eminent service to medicine, particularly to the prevention and treatment of substance use disorders, as a researcher and author, to innovative mental health policy development, to education, and as a role model for young researchers.

Professor Teeson is the Director of the NHMRC Centre of Research Excellence in Mental Health and Substance Use (CREMS), which was established in 2012 and brings together more than 70 multi-disciplinary academic and clinical researchers spanning seven national and international universities.

Other UNSW community members recognised in this year’s honours include:

Officer (AO) of the Order of Australia

Emeritus Professor Michael David Coper, former UNSW Council member and founding member of the Law School, for distinguished service to legal education, and to the law, as an academic, author and administrator, through advisory roles, and to safety standards in the transport industry.

Professor Caroline Frances Finch, former Director of the Injury Risk Management Research Centre, for distinguished service to sports medicine, particularly in the area of injury prevention, as an educator, researcher and author, and to the promotion of improved health in athletes and those who exercise.

Mr John Eric Pierce, member of the Australian School of Business Advisory Council, for distinguished service to public administration through senior roles in developing regulatory and policy initiatives and micro-economic and energy market reforms, and to the community

Dr David Sinclair, Faculty of Medicine, for distinguished service to medical research into the biology of ageing and lifespan extension, as a geneticist and academic, to biosecurity initiatives, and as an advocate for the study of science.

Member (AM) in the General Division of the Order of Australia

Dr Peshotan Katrak, Conjoint (Honorary) Lecturer in UNSW Medicine, for significant service to rehabilitation medicine as a practitioner, to medical education and professional organisations, and to the Zoroastrian community.

Ms Karen Loblay, a sponsor of the Shalom Gamarada Indigenous Residential Scholarship Program, for significant service to youth through charitable contributions and support for social welfare programs, and as a supporter of Indigenous students.

Mr Simon Poidevin OAM, Board Member UNSW Foundation and Emeritus Member Lexcen Sports Scholarship Committee, for significant service to education through fundraising and student scholarship support, to the community through the not-for-profit sector, and to rugby union.

Professor Margaret Rose, Conjoint Professor, Prince of Wales Clinical School, for significant service to animal welfare and the ethics of scientific research, and to veterinary science as an academic and clinician.

Medal (OAM) of the Order of Australia in the General Division

Dr David Hunt, Honorary Associate Professor, School of Mathematics and Statistics, for service to education, and to mathematics.

These Australia Day honours come on top of UNSW scientist Michelle Simmons being named 2018 Australian of the Year, in recognition of her pioneering research and inspiring leadership in quantum computing.