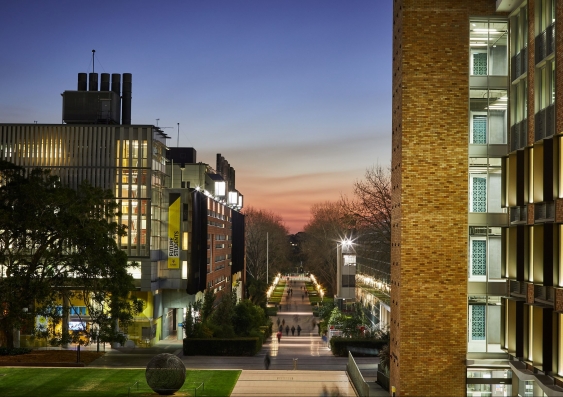 Australia has 13 universities in the global top 200 according to the 2020 Aggregate Ranking of Top Universities. Photo: Louise Reily.

Australia has been ranked fourth in the world for the number of universities in the top 200 globally, according to the 2020 Aggregate Ranking of Top Universities (ARTU) released today.

Australia has 13 universities in the global top 200, up from just eight two years ago, placing it behind only vastly more populated nations – the US, UK and Germany. Seven Australian universities are in the top 100, which is 7% of the best universities for just 0.3% of the world’s population.

The ARTU orders universities by cumulative performance over the mainstream scoring systems. It gives a single broad overview of a university’s position by condensing the three most influential rankings – the Quacquarelli Symonds (QS), Times Higher Education (THE), and Academic Ranking of World Universities (ARWU).

Professor Ian Jacobs, President and Vice Chancellor of UNSW, says his university created the ARTU to overcome the flaws of singling out performance by viewing any one individual ranking in isolation.

“The ARTU system helps not only to broaden the range of assessment – from citational excellence and impact, through to reputation, and qualitative as well as quantitative measures – but also helps address the inherent imperfections of any one of the individual ranking systems, when seen on their own.

“Using the combination of three of the key world rankings is a better way of considering a university’s aggregate global credentials,” he says.

US universities Stanford, Harvard and Massachusetts Institute of Technology (MIT) took out the top three spots in this year’s ARTU rankings, followed by the UK’s Oxford and Cambridge universities in fourth and fifth place respectively.

Professor Nicholas Fisk, Deputy Vice Chancellor (Research) at UNSW, says Australian universities have fared extremely well against the long-established universities in the US and UK, which benefit from major endowments, philanthropy and long-run reputations.

“Australian universities have thrived on the back of 28 years of growth, political stability and relatively open borders to knowledge-based entrants. UNSW alone jumped 35 places in the ARTU between 2013 and 2020, and its current ranking of 52nd places it well within reach of its goal to make the world’s top 50 by 2025.

“How well we stack up will depend in part on how international competitors fare, and in particular their relative economies and resourcefulness. Australia looks well positioned but will need to weather the threats posed by economic contraction caused by COVID-19, domestic constraints, and a challenging business model,” Prof. Fisk says.

As the aggregate scoreboard for top universities around the globe, ARTU is well placed to monitor this progress.