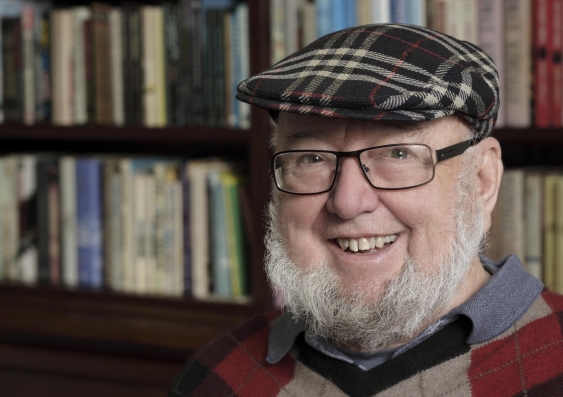 Best known for his 1982 Booker Prize-winning novel Schindler’s Ark, which was later adapted for film by Steven Spielberg as Schindler’s List, Mr Keneally will address the topic  “Gandhi – Lovers and Haters”.

The Oration will be preceded by a remembrance ceremony at the Gandhi bust on the UNSW Library Lawn. Guests are encouraged to attend both the ceremony and oration.

The Gandhi Oration was established in 2012 by UNSW and the Australia India Institute in consultation with the Consul General of India. Past speakers have been Indigenous leader Professor Patrick Dodson and former High Court Justice Michael Kirby. The 2014 Oration is sponsored by TATA Consultancy Services.

What:            The Gandhi Oration and Remembrance Ceremony

Oration: 6.15pm start (refreshments are served prior to the Oration)

Thomas Keneally’s novels include The Chant of Jimmie Blacksmith, Schindler’s Ark and The People’s Train. His history books include The Great Shame, Australians and The Commonwealth of Thieves. He has won the Miles Franklin Award, the Booker Prize, the Los Angeles Times Prize, the Mondello International Prize, and the Helmerich Award (US). Thomas Keneally is a Fellow of the Australian Academy of the Humanities, the American Academy of Arts and Sciences and the Royal Society of Literature. He has honorary doctorates from a number of Australian and international universities. He has held academic posts at New York University and the University of California, Irvine. He lives in Sydney.