The government wants universities to focus on research with commerical return. But many of our most transformative innovations have been derived from basic ­research whose impact was impossible to foresee, writes Les Field. 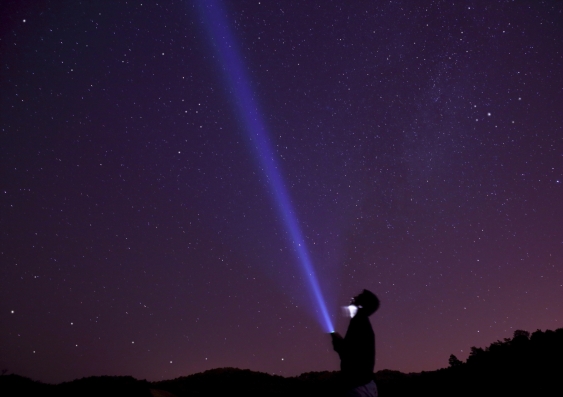 Nobody would have foreseen astronomy as the birthplace of Wi-Fi.

OPINION: In recent months there has been a noticeable shift in the rhetoric around the value and impact of the research effort in Australia.

The government has increased the emphasis on applied research that delivers tangible industry benefits and this has rekindled the debate on whether there should be a greater focus on pure, ­investigator-initiated, blue-sky research or on applied, industry-driven, targeted, translational research.

The fact is we must find the healthy balance.

There are few who would argue that having a strong ­research sector is critically important for Australia’s future. ­Research underpins the innovation that fuels Australia’s economic transition from our base of mining, basic manufacturing and agriculture to a future economy supported by ­advanced manufacturing and ­service industries.

Within the past few weeks, Education Minister Christopher Pyne and Industry and Science Minister Ian Macfarlane have released consultation papers that have refocused the agenda on to industry-driven ­research.

Pyne opened the discussion on boosting the commercial returns from research with a ­review of research funding and policy.

In announcing the release of consultation paper on a vision for a science nation, Macfarlane reiterated the message that universities should concentrate their attention not on how many academic papers they publish but how many patents they generate.

The innovative ideas being bounced around by our best and brightest minds today become the life-changing technologies of tomorrow. Without basic research we wouldn’t have the iPhone, in-vitro fertilisation, antibiotics, solar power, immunisation and so on.

Having participated in exer­cises to reflect on the impact of research coming out of universities, I have been struck first by the fact most of the ­research with the highest impact (whether it be financial return or measurable benefit to society and improving the way we live) was derived from basic ­research; and, second, that the real impact could not have been foreseen when the research was being done.

When the basis of Wi-Fi was invented by a group of astronomers trying to shift large amounts of data from one computer to ­another, they weren’t working on inventing Wi-Fi.

They were smart and talented scientists asking and answering basic questions about the stars — nobody would have foreseen astronomy as the birthplace of Wi-Fi, let alone predicted that it would be part of the fabric of the way we live at the ­beginning of the 21st century.

I can also recall the discovery of light-emitting polymers in a Cambridge chemistry lab in the 1980s — almost by accident. These were effectively plastics that produced light when an electric current was applied to them. Across time these have become the organic LEDs and flexible colour displays that we see in our smartphones and curved televisions.

It was impossible to predict that the basic discovery would spawn a trillion-dollar global industry 30 years later.

We really cannot lose sight of the need to have a good mix of the blue sky over-the-horizon basic research, as well as the nuts-and- bolts applied research that keeps us ticking over day to day.

We don’t have it right yet. We need to nurture our best and most creative individuals in a stimulating environment where they can do what they do best and then run with the opportunities that they open up.

We do need to get much better articulation between the research sector and end-users where there is real expertise in getting great ideas to the market or out into the wider community. In other parts of the world it is not uncommon for business and industry to have tighter links to strong research ­institutions and to retain the best researchers simply to have a watching brief and an early view on what new ideas may be coming down the innovation pipeline.

In Australia, and particularly in the present climate, there clearly is an emphasis on creating jobs and building new industries. These are undoubtedly important goals. But we must always remember that the technologies of tomorrow are the flashes of creative brilliance in the minds of our best basic researchers today.

Les Field is secretary for science policy in the Australian Academy of Science and Deputy Vice-Chancellor (Research) at UNSW.