Be bold on China relations – Carr

No one side of politics “owns” the China relationship and the Opposition must move beyond an Anglo-centric view of foreign relations if it wins government, Foreign Minister Bob Carr has told a UNSW audience. 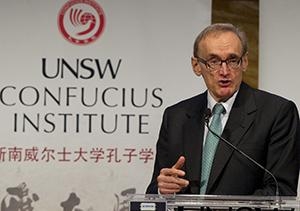 No one side of politics “owns” the Australia-China relationship and Opposition Leader Tony Abbott must move beyond an Anglo-centric view of foreign relations if he wins government, Foreign Minister Bob Carr has told a UNSW audience.

Senator Carr made the comments during a wide-ranging speech on Australia-China relations at UNSW’s Confucius Institute.

Senator Carr said that while the Labor Party is credited with establishing diplomatic relations with China 40 years ago, much had been achieved by governments from both sides of politics since then.

But, he said, the future of China ties was not certain.

“If our government is defeated I’d hope that Tony Abbot would overcome his primitive Anglo-sphere bias and make a commitment to this relationship,” he said.

“Julia Gillard can be very proud that while being enormously respected as a leader in Washington … she at the same time through patient diplomacy persuaded the Chinese leadership to commit to an annual dialogue between Australian and Chinese leaders and that did in Chinese words lift the relationship to a new level.”

On the subject of China's rise, Senator Carr said this was "the great narrative of our time".

"Can China democratise, can there be a wave of significant economic reform?

"The Asian Century White Paper said 'we welcome China's rise', not just because of the economic and social benefits it's brought China's people and the region, including Australia, but because it deepens and strengthens the entire international system."

Senator Carr said Australia had no choice but to pursue closer economic ties with China through the resources boom, even if that meant creating problems for other sectors of the Australian economy because of a strengthening of the exchange rate.

“If China wants to buy our resources I don’t know any means by which we can say ‘no, we are worried about a rising Australian dollar and we will not enable you to sign that contract for a vast quantity of iron ore, or magnetite or natural gas’,” he said.

“We have fortunes to be made and we shouldn’t be apprehensive,” he said.

He said there were several issues in 2008 that had created tensions, namely the visit to Australia by the separatist Uyghur leader Rebiya Kadeer and the failed takeover attempt by Chinese company Chinalco of mining giant Rio Tinto.

“But they were largely outside the government’s control and can’t be sheeted home to any insensitivity to Chinese concerns by the Australian government,” he said.

Australia was now reaping the rewards of the groundwork in China relations laid by the previous Rudd government, Senator Carr said.

“I think Kevin Rudd would no doubt see that the success that Julia Gillard had in Bejing in April was a reflection on an investment of time and relationships that he had made ion the past and reflect in addition of a Chinese assessment of its own interests in respect to its relationship with Australia.”

On the need for economic and political reform in China, Senator Carr said reform was essential if China was to achieve “rich-world status”.

“Without it, China will be trapped … it won’t complete the trajectory that Singapore has completed, that South Korea is completing, and that Japan famously completed before any other Asian nation.” 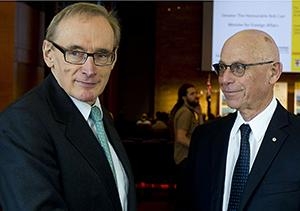 Weibo’s US listing: tweeting the end of the HK IPO?